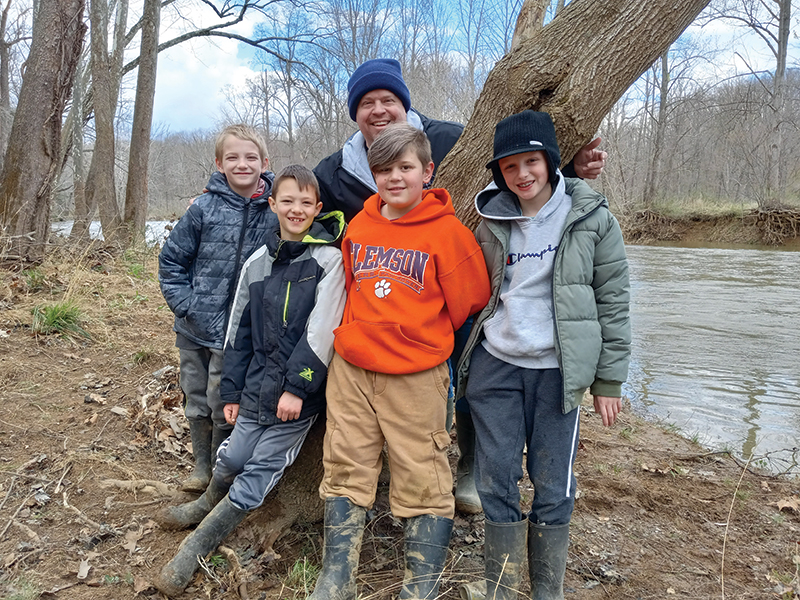 In the mountains of western Berkeley County, West Virginia, is an outdoor haven for at-risk young people. Camp Ezri uses Christian-based messaging and outdoor adventure to help children ages 8 to 17 to discover their potential.

“I’ve been working with at-risk kids since the late ’90s,” said Damon Albert, Camp Ezri’s director and founder, along with his wife, Audra. Damon worked as a pastor at El Shaddai Congregation in Frederick and he also has a background in youth development and church camps. He started the Dorcas Clothing Ministry at El Shaddai in 1999. He and his wife began to develop camps for kids from low-income families and traumatic situations in the late 1990s. 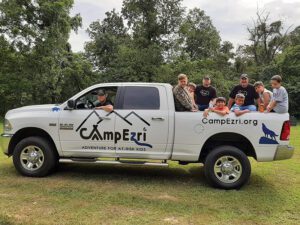 Their first camps took place at Camp Hashawha near Westminster. ‘I could run 100 kids through for $100 each,” he said. Costs gradually increased, so by 2007, fundraising became a full-time job, leaving little time to do the camps. In 2008-09, they found a farmette in Fulton County, Pennsylvania, where they could operate a youth wilderness program. The kids stayed in tents and hiked into the mountains.

The couple wanted to put up some camp buildings that would make camps possible fall through spring. Zoning rules wouldn’t allow them to expand their camp operation, so they found property along North Mountain near Hedgesville, West Virginia. There’s no zoning, so the Alberts opened Camp Ezri in 2018. 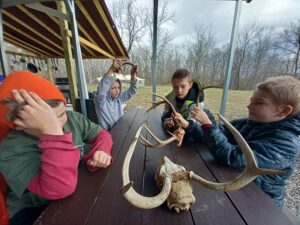 They host groups of up to a dozen boys or girls for four- or five-day camp sessions. Sessions run from March or April into November. The Alberts are raising money for a lodge that will allow for camp sessions year-round.  Air conditioning will make sweltering summer days more bearable, while heat will allow the youngsters to experience winter activities in a safe environment.

Currently, Damon estimates the cost per camper is about $350. Funding is raised through individual donations, organizational donations, and an annual raffle for a guided deer hunt. Camp Ezri is a registered nonprofit, and donations are tax deductible.

Days at Camp Ezri are spent doing a whole range of outdoor activities. “We have a full paintball course, a 3-D archery range and archery tag, field shooting, and fishing,” Damon said. “Kids take hikes on the Creation Trail, which is a 1-mile trail with 12 interactive stations.”

The Creation Trail teaches kids about nature using passages from the Bible. One of the stations features bees and wasps. “The kids can see the inside of a paper wasp nest,” Damon said. “They can see how honey is made. The kids are seeing the detail God put into nature, and we tie that back to the fact that God cares for them.” 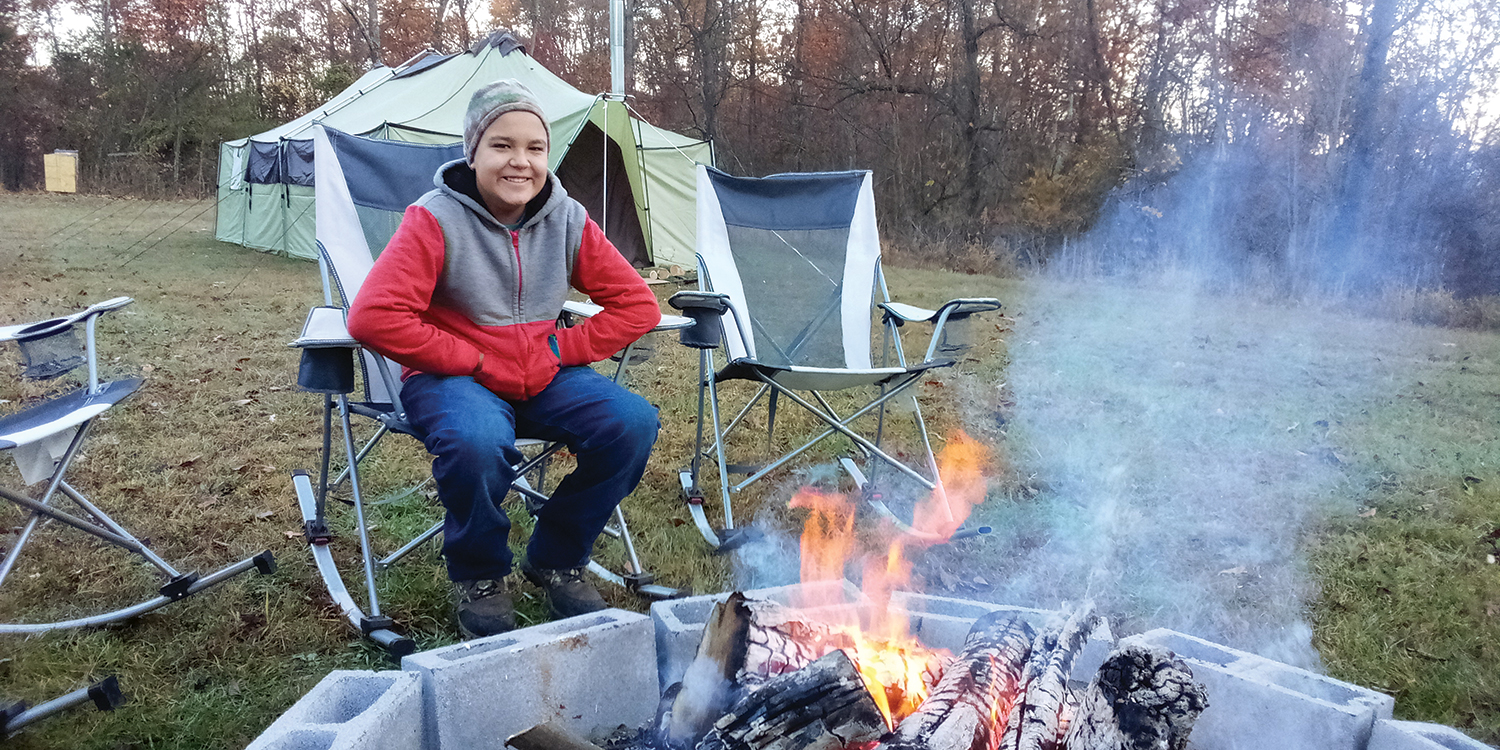 Camp Ezri features a new area of 15 sugar maple trees, and plans are to have the kids tap the trees in the spring to collect sap for maple syrup. “The kids will make their own maple syrup to put onto their pancakes,” Damon said.

Many of the campers come from traumatic situations, including human trafficking. “Some have lost parents to incarceration or overdoses,” Damon said. “Some come from extreme poverty or broken homes. We teach them about healthy family dynamics.” Campers are provided with healthy dinners of meat and vegetables and hot breakfasts of eggs or pancakes and bacon or sausage. “Food is an important part of camp, and we teach them to make healthy choices.”

Damon has estimated that following the construction of the multipurpose lodge house, Camp Ezri will be poised to hold 30 weeklong camps every year, usually with eight boys or girls. Campers are typically in two-year age groups, from groups of 8 and 9-year-old kids to groups of 16 and 17-year-olds. “We first started with large groups, but we found smaller groups work better,” he said. He also found that kids close in age worked best in groups. “That helps us because they’re all on the same level,” he said. Camps are separated by gender as well to allow campers to focus on the activities and not on each other. 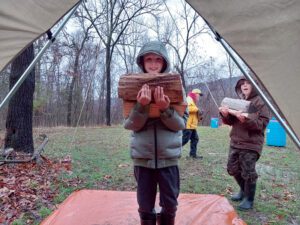 “No kid gets lost in the group,” Damon said. “It’s a personalized family-type situation.” The campers engage in meals, games, and missions together. They sleep in large Alaskan outfitter tents, which come complete with woodstoves for chilly nights. These tents hold eight campers and four adult volunteers who oversee camp activities.

Each camp features at least eight adults, who may be teachers, social workers, clergy members, law enforcement members, retired people and others who are experienced at working with at-risk youth.

Most of the campers come from the surrounding area, Washington County or Frederick County, Franklin and Fulton counties in Pennsylvania and Berkeley County, West Virginia. Referrals come from educators and church members. Occasionally, campers come from as far away as Pittsburgh or Houston. 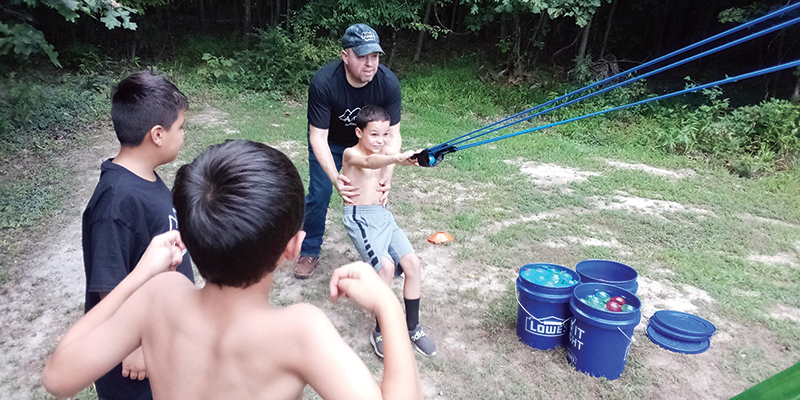 “I just developed relationships with two Indian reservations which takes girls rescued from human trafficking situations and gets the girls on a healthier path,” Damon said. Once the campers have gone home, Damon said he and volunteers follow up with local churches, counselors, and teachers to make sure the kids continue to flourish.

“We want to make an impact for the rest of their lives,” he said. Each camper is sent home with photos of their time at camp and plaques commemorating their accomplishments. 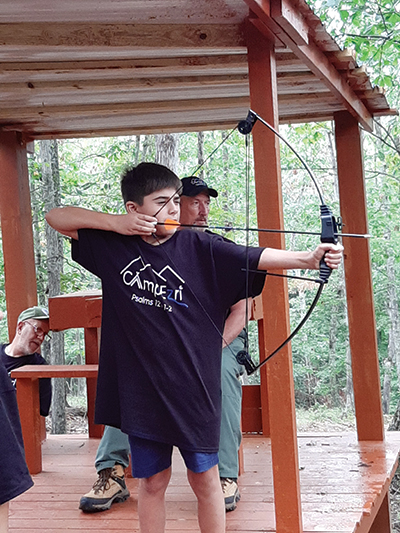 Campers don’t just shoot paintballs on the paintball course or play archery tag. “The paintball field is designed in such a way that the kids have to work together as a team,” Damon said. For each activity, he added, “they work through their issues, and they must use teamwork. We talk about what works and what doesn’t, and what you can do differently and how do you work with other people. We tie Scripture to the activities and how it applies to their lives.”

This applies to all events, he said. Each activity is followed by a discussion that incorporates the concepts of teamwork, life applications, and Biblical scripture. “It’s amazing,” he said. “Instead of blowing up, they’re thinking through the situations, and we’re rewarding their successes. We try to gear every single event to some sort of life lesson.”

In the future, Damon and Audra hope to incorporate horse therapy into the camp. While in Pennsylvania, they worked with a nearby farm to allow campers to visit with trained therapy horses. “It’s another layer of opportunity to instill character and value,” Albert said.

The camp property lends itself to outdoor activities. Camp Ezri is located on 80 acres of mostly woodland and is surrounded by 1,200 acres of privately-owned wooded land along Back Creek that the camp has access to. Campers visit the creek to fish, raft, and explore. 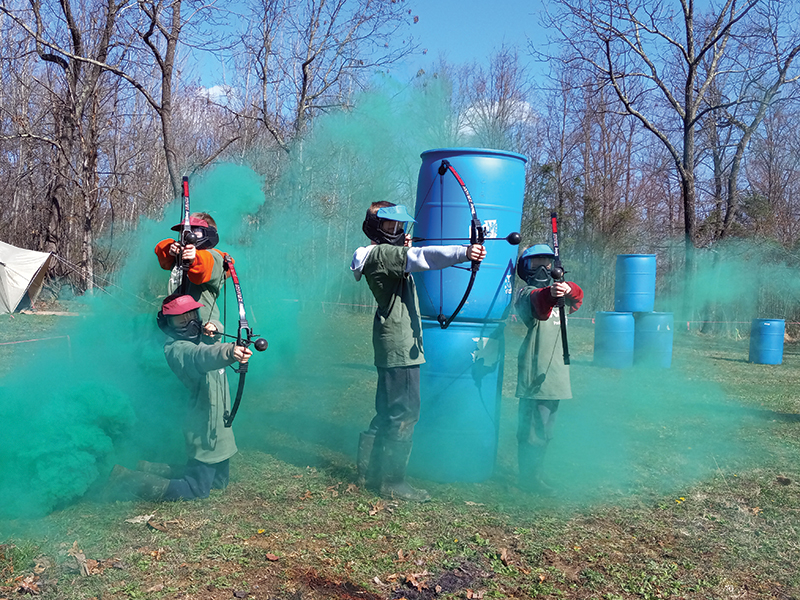 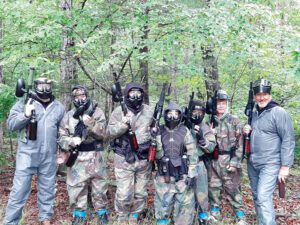 Ten miles of hiking trails offer a range of hiking from flat and easy to steep and challenging. During parts of the year, waterfalls can be viewed, and opportunities for wildlife photography abound. The Creation Trail also features many wildlife views. 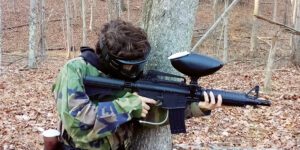 Meals are enjoyed in a three-sided, 40-foot by 22-foot building with an enclosed outdoor kitchen, but one that still feels like it’s in the outdoors. Each day consists of two to three outdoor or camp activities, three meals, snacks and an evening campfire complete with s’mores, mountain pies, and campfire songs.

“We try to impact kids and help them not repeat the same cycles a lot of them are exposed to,” Damon said.

Gary Morton spent 35 years in law enforcement and is a former Frederick County deputy sheriff. “I saw the struggles families go through,” he said. When he retired, Albert asked him if he could become a Camp Ezri volunteer. “His love for youth is never ceasing,” he said. “He loves giving them a sense of hope.” 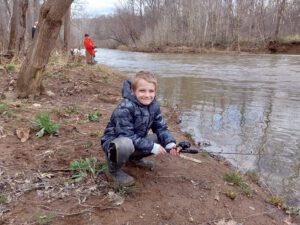 Morton had experience teaching young people at his church, and he decided that Camp Ezri would be an ideal way for him to give back in retirement. “I love the Lord,” he said. “It’s a way for me to give back to these kids.”

While some of the kids have come from difficult situations, he said the camp gives he and other volunteers a chance to provide positive experiences for them. The volunteers remain in contact with the campers and their families after camp to follow up and provide support.

Lisa Welte, a mom in Hagerstown, can attest to that. Her oldest and middle children both attended the camp. Her husband got sick last year and died in November. Her oldest son, 10 at the time, attended the camp in August while his dad was in the hospital. “The first thing he said when he got home was, ‘Mom, forgive me, I feel like I’ve changed,’” she said. 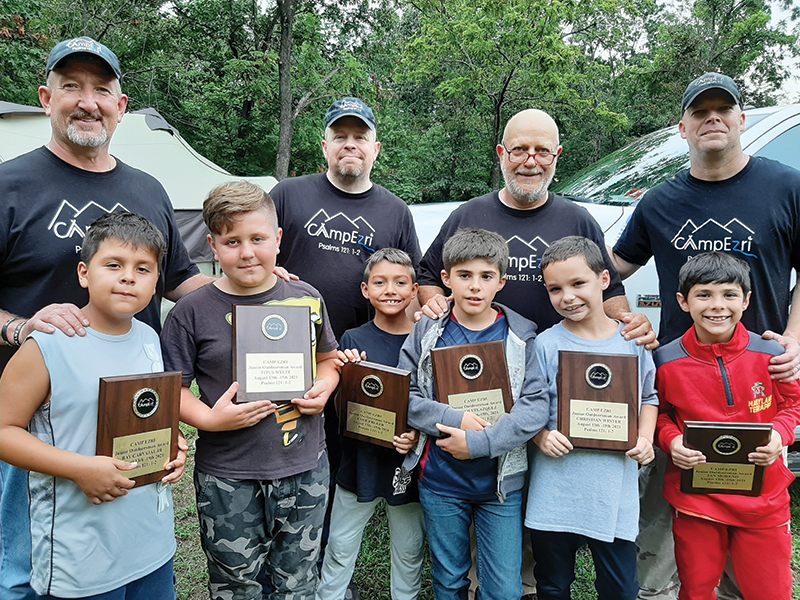 Her son stays in touch with his counselor, who calls him regularly. While Lisa and her children are still grieving over their loss, the camp experience has stayed with her children. “My oldest felt a spiritual connection to nature,” Lisa said. “I believe the camp encouraged them to make them feel like they’re not alone.”

Her middle son, 8, is less talkative about his experience, but he enjoyed fishing and riding ATVs. “He said he had fun,” she said. “It’s a great experience for kids to have, and I can reach Damon any time I need to.” 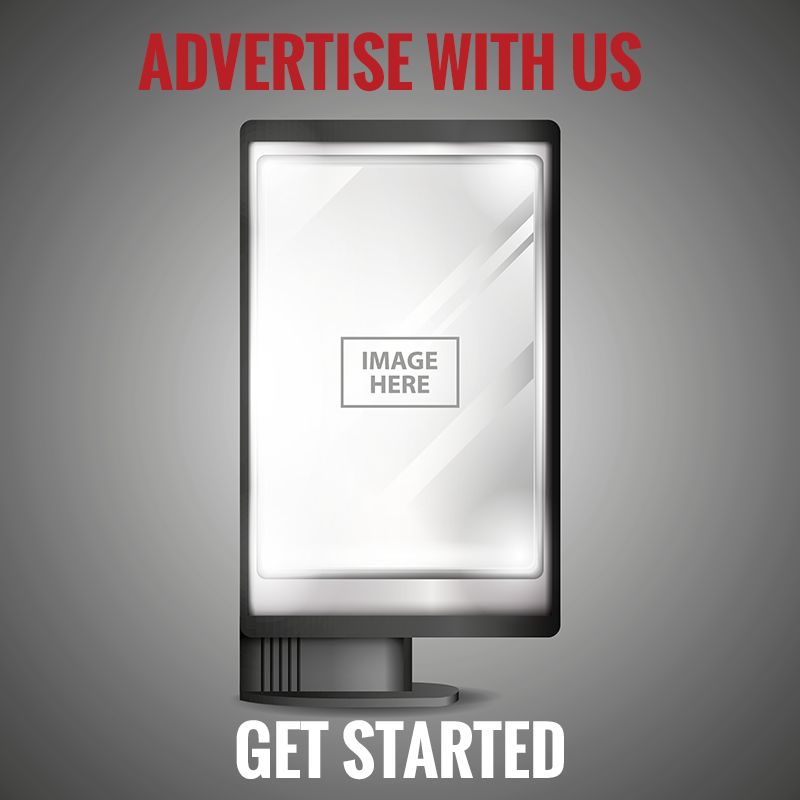