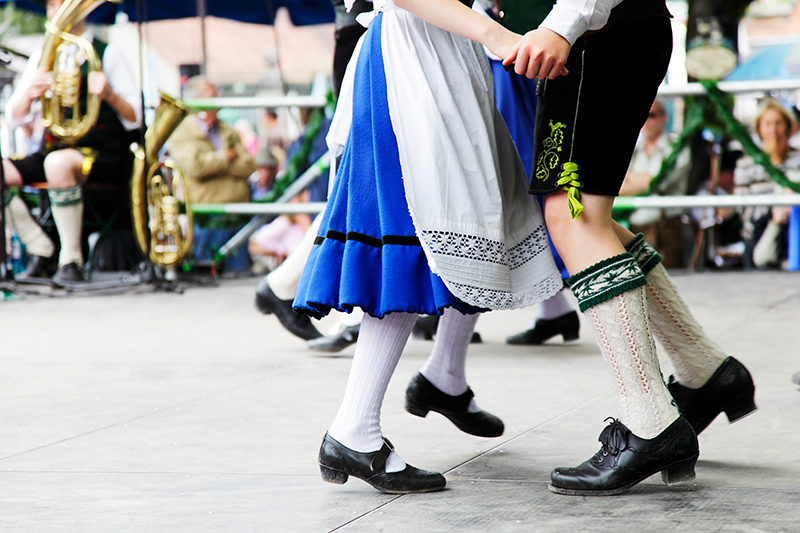 Frank Kronawetter is proud of his German heritage. And, he has the collection of beer steins and nut-crackers to prove it.

“I have 30 beer steins and 18 nutcrackers,” says Kronawetter of Hagerstown whose grandparents came to the United States from Germany.

And when the Augustoberfest festival returns this year after a two-year Covid hiatus, you can bet Krona-wetter will be there. After all, it’s not just a festival but “a family reunion,” he says. His two now-grown sons, one who lives in Silver Spring, Md., and the other who lives in Ohio, all come back home for the event which they have attended for a number of years. 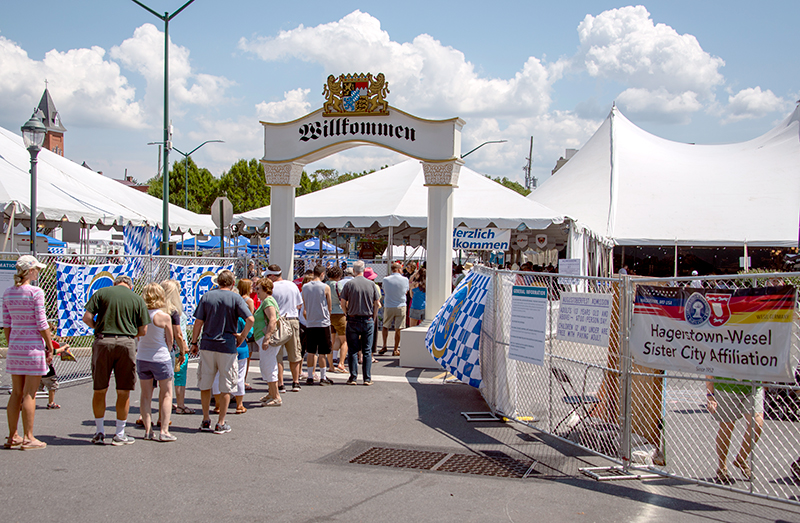 “Heritage is important,” says Kronawetter. “Where we come from and who we are really has a great influence on us whether we are aware of it or not. Why we do the things we do. The way we do them. It’s part of our everyday life.” Augustoberfest is an opportunity to celebrate that.

Since it began 27 years ago, Augustoberfest, which is the longest running festival in the Washington County area, has been an important part of the lives of those who attend from locals to out-of-state visitors. Whether one has German heritage or is just interested in German culture or looking for a family-friendly good time, Augustoberfest is the place to be. And this year’s 25 anniversary will celebrate all of that. 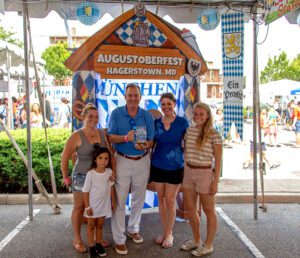 “In the past, people have told me that they feel like they are in a little Germany,” says Jill Colbert, chairwoman of the board of directors for the non-profit Augustoberfest Charitable Foundation, which organizes the event. “You get that whole vibe. People dress up in their dirndls and lederhosen. That whole culture comes out. It becomes an event.”

A happy one. “People just love coming because it is such a happy environment with the music and the dancing,” adds Colbert. “I always enjoy seeing everyone from grandparents to grandchildren dancing to the music and enjoying themselves.”

Augustoberfest will be held this year on August 20 and 21 in a new location at the Washington County Agricultural Center in Boonsboro. Prior to this year the event was held in downtown Hagerstown. 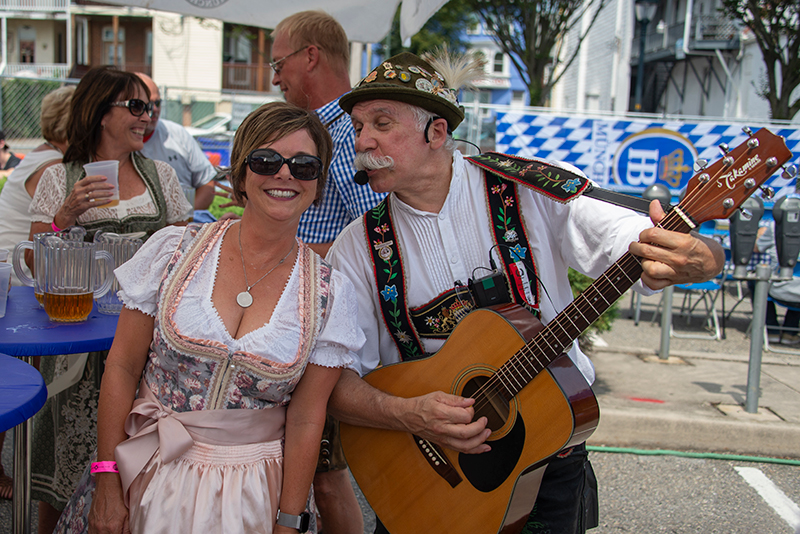 “It has been a great experience working with the city,” says Colbert. “However, the county’s agricultural center provides additional space to continue to enhance the festival. With the newly available space there will be an expanded selection of artisan vendors, food trucks, games such as corn hole and axe throwing.”

This year’s festival, according to Colbert, will also have pavilions set up as individual villages offering an even more authentic feel. And, the Potomac Porsche Club of America will have an onsite car show at Augustoberfest. The show will be held on Sunday from 11 a.m. to 5 p.m. 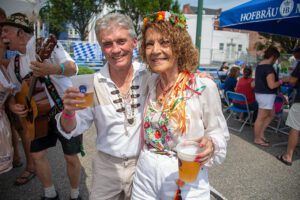 Not bad for an event that actually began as a family reunion, much like Kronawetter’s but on a slightly larger scale. “The mayor’s wife at that time asked Charlie at the Stube to put on a big reunion for her family,” says Colbert. “They were German. And Charlie basically said, ‘Then let’s do it as a party.’”

“Charlie” is Charles Sekula and “the Stube” is the revered Schmankerl Stube, a Bavarian-style restaurant  Sekula founded in Hagerstown in 1988. The restaurant continues to be involved with the festival to this day. Current owner and executive chef Dieter Blosel, who came from Germany in the late 1990s to work at Schmankerl Stube, currently serves as vice chair on the foundation’s board. 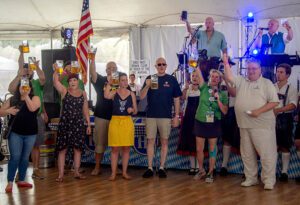 The ties to its German heritage run deep in Hagerstown and the surrounding area. The town of Hagerstown itself was founded by German immigrant Jonathan Hager. But the connection does not stop there. The cities of Hagerstown and Wesel, Germany, became sister cities by public proclamation in 1952.

As this year marks the 70th anniversary of the sister city partnership a special celebration is being planned for the fall, according to Connie Lenhart, who not only serves on the board for the Augustoberfest Charitable Foundation but has an affiliation with the Sister City Foundation. 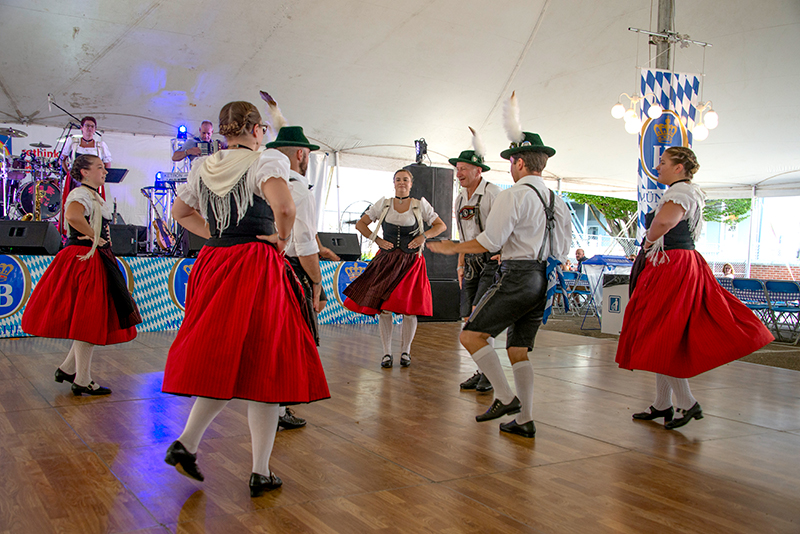 As part of its mission, Augustoberfest raises funds for scholarships for the Sister City Foundation’s  foreign student exchange program. “What is a better way to understand another country, another culture, than live within it?” says Lenhart. “They are getting a real experience, not just a tourist experience.” 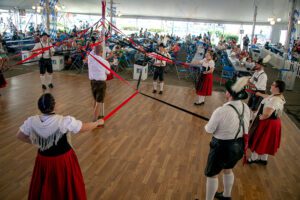 While the location has changed, much will remain the same this year. German food, music and activities will abound. As well as beer, of course. Lots of beer.

The food, according to Blosel, will include “standard German fare,” he says, such as pork roast with spaetzle and red cabbage and bratwurst on a roll, among other choices. “We are really lucky that we have a German restaurant in town that is so supportive and spends hours and hours and hours preparing authentic food,” says Lenhart.

And besides beer, wine and soda will also be available. 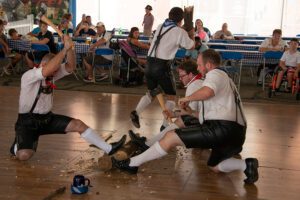 Live entertainment will be provided all weekend with favorites like DSB  (die Schlauberger) and the German Hungarian Schuhplattler Dancers returning. For the younger set or “young German enthusiasts” as Colbert calls them, they will be able to enjoy a Punch and Judy show, readings of authentic German fairy tales, maypole dancing, as well as crafts and paper cutting. “And we have a German teacher from Williamsport who  will play the guitar and do German folk songs,” says Lenhart, who oversees the children’s activities for Augustoberfest.

Adding with a smile, “We take pretty good care of the kids.”

For those attending the festival there will be a $10 admission fee with children 12 and under free. Parking will also be free. And new for this year will be the option of online ticket sales which will be available for purchase at www.augustoberfest.org. Tickets can also be purchased at the event. 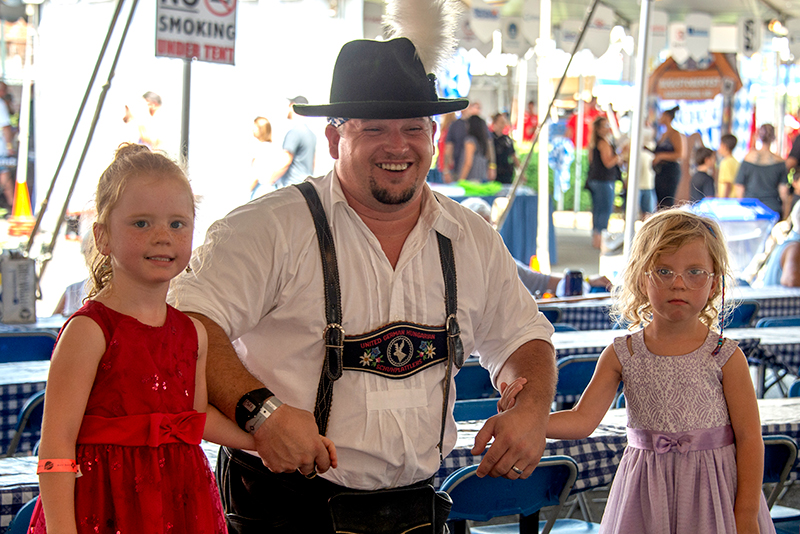 “It will feel good to be back,” says Colbert of the festival which requires the work of many volunteers year-round.

Milissa Sibley is certainly looking forward to it. “Absolutely,” she says.

Sibley, like so many others has been attending Augustoberfest since the early days. “I have always been drawn to my German heritage,” says Sibley, who grew up in Washington County. “My great-grandmother only spoke German.” 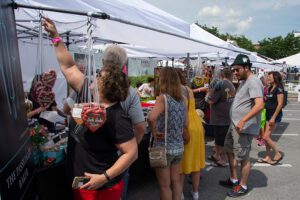 So great was Sibley’s interest in Germany that she studied the language and later went to work there. “It was always my dream to live in Germany,” she says.

While there Sibley discovered that, “I lived 30 minutes away from where my family came from,” she says.

And in fact, “The lady I rented my house from in Germany worked in an archive, and I met her boss,” recalls Sibley. “He asked me where I was from, and I told him Maryland. He said, ‘You know that we have a lot of people from the Rheinland-Pfalz who emigrated to Hagerstown, Maryland. Do you know Hagerstown, Maryland?’ I said, ‘I sure do.’” 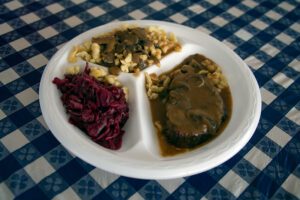 Sibley has fond memories of the festival – her little bit of Germany away from Germany. “One year the mayor of Wesel came,” she says. “I got to dance the polka with him.” As well as converse with him in his native German.

For Sibley it is the gemütlichkeit she says that brings her back year after year, even travelling all the way from where she was living in North Carolina at the time so she could attend the festival.

“The word is German and means a feeling of cozy warmth, friendliness and good cheer with a sense of belonging,” says Sibley. “For me that’s Augustoberfest.” 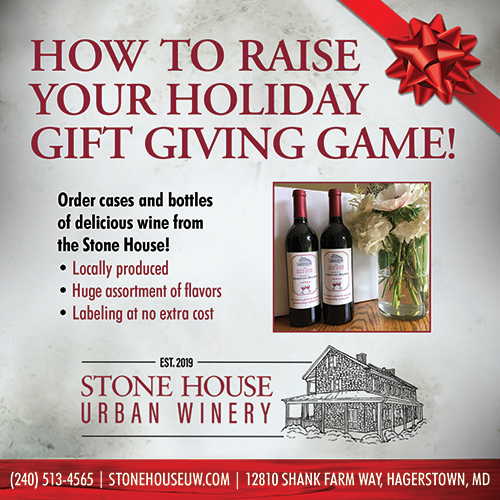 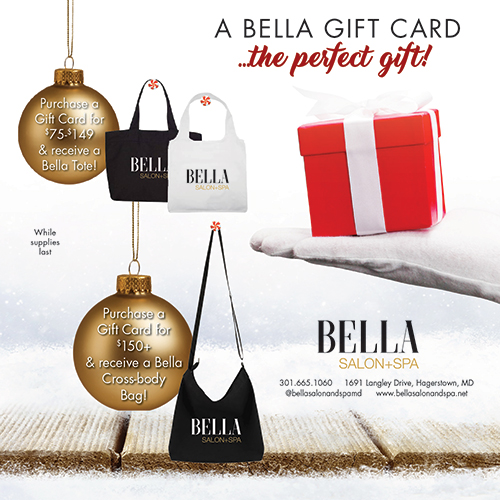