A Century of Compassion 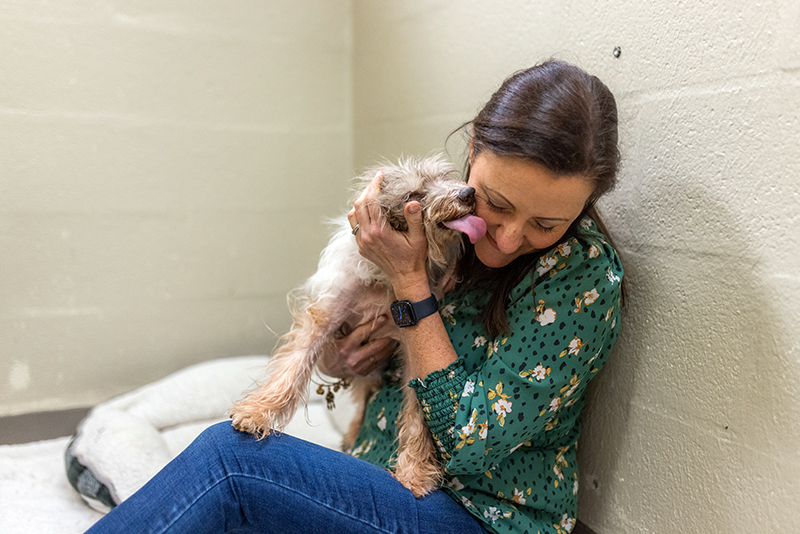 To create a legacy, it all starts with seeing a problem and figuring out a way to fix it. That’s exactly how the late Daisy Derby Whipple created the organization we now know as the Humane Society of Washington County 100 years ago.

The Humane Society of Washington County (HSWC) is hosting a year-long celebration of the organization’s centennial and Whipple’s contributions. The kick-off began in November 2021, recognizing the founding of what was then called the Washington County Society Prevention of the Cruelty of Animals on November 12, 1921, by Whipple and eight founding members. The event continues throughout the year with events and special projects.

Who was Daisy Derby Whipple?

Whipple was known for her love of animals. When a friend told her about a local animal cruelty case and no organization to help the animals, Whipple, who was 43 years old at the time, set out to make a difference in the lives of animals.

The first office of the Washington County SPCA was on Wilson Boulevard. The one-room space was heated with a wood stove and four wooden kennels. She started with 12 animals and would sell county dog licenses.

Faced with an increased population of stray animals, the Washington County SPCA was in need of a larger facility. In 1938, Whipple and her members were able to get the funding to move to the Humane Society of Washington County’s current location on Maugansville Road. Then the area was more secluded and was not as heavily traveled as now, making it a prime location to house the animals.

At the new location, the Washington County SPCA had 14 unheated dog kennels and runs, and two kennels for cats. A man who was known simply as “the dog catcher” lived on the property and would answer calls 24 hours a day.

By the late 1940s, the animal population con-tinued to grow so much that the SPCA had helped thousands of animals in a short time. In 1953, Whipple handed the reins of the SPCA over to Margaret Stickell as president of the organization and Whipple became chairman of the board. By 1973, the SPCA outgrew its original building and was able to break ground on a bigger facility that was privately funded.

Faced with an ever-growing need, the Humane Society of Washington County built a new 13,200-square-foot building at the same location. Then in 2015, the HSWC built a 6,800-square foot Adoption Center and Veterinary Center.

Today, the HSWC helps find homes for not only cats and dogs, but guinea pigs, birds, ferrets, rabbits, and more.

When Colin Berry came onboard nearly five years ago as the executive director of the Humane Society of Washington County, the organization was already discussing the 100th anniversary.

Colin said she was incredibly proud that Washington County could celebrate such a milestone to help animals. Compared to larger metropolitan areas, Berry said it speaks volumes of the community that the Humane Society continues to be able to be an asset to the area.

“That speaks really highly of the individuals who have worked here, the volunteers, the donors, the community,” she said. “It takes a lot of work to keep a shelter afloat and moving forward. It’s definitely something to celebrate.” And as a woman, she is proud of what Daisy was able to do.

“It’s hard to wrap your head around the fact that an organization like ours was also started by a woman back in the 1920s, during a time when women had few opportunities to lead — and this was her idea,” she said.

“So few businesses or nonprofits make it to 100 years,” she said. “And we are so proud that we have accomplished that. It’s just phenomenal that we have been the only animal shelter servicing Washington County for the past century.”

As we have continued to better understand animal care, so has the overall aspect of how HSWC has created a place where animals are cared for before adoption. In the beginning, more focus was put on dog licenses.

“And historically, it wasn’t until the 1970s that spaying and neutering was heavily promoted,” Colin said. “Now, of course, it’s something we do for every animal.”

As time progressed to the 1980s, the SPCA offered rabies clinics to Washington County residents. But understanding the need for animal enrichment and overall care has changed as well.

Colin said the HSWC now sees around 4,200 animals a year with a majority of them being adopted by families, although there are usually about 300 animals still in the facility at the end of every year.

“Animals who have a live outcome in our care is 83 percent” Colin explained. “That includes adoptions, transfers to other reputable organizations, TNR (trap and release), and that can also include return to owner.”

To continue with transparency, Cordell said they continue to keep up-to-date statistics on their website and publish a community report on Facebook.

At one time in animal shelters across the country, euthanasia was common practice to control over-population. That standard of practice is no longer the way shelters, including HSWC, operate today. Colin said euthanization is only used in extreme cases for quality of life for the animals.

“If there is an animal who is suffering so severely and cannot be medically treated with a reasonable outcome, we may euthanize that animal,” she said “To us, that’s the compassionate choice.”

Unlike some shelters that get to choose the animals who come into their facility, HSWC takes in all animals, Colin explained. That means some animals may not be in the best medical shape when they come in.

Focusing on getting the animals the medical treatment they need, as well as getting them adopted is the main focus today, she said. In fact, the HSWC on January 1 hired its first Manger of Life Saving programs. Colin said the full-time position will be to manage and to develop programs that “increase our ability to save more animals and to increase our live release rate, and to work on creative outcomes for many of these difficult-to-place animals.”

The HWSC’s active foster system where animals are able to go home with families, where they learn to be socialized and the foster families get a better under-standing of their needs, is one of the big changes for animal health care.

The HSWC opened its medical facility in 2015. Laura Foster, a registered veterinary technician, is the medical director for the Veterinarian Center.

“That means that not only the surgeries get to stay here, but we actually have full-time veterinarians hired on to look at an animal if something goes wrong during the day, and they’re on call on the week-ends,” she said.

The other benefit of having the Vet Center is that the veterinarians are able to do in-house lab work and X-rays at the facility, meaning animals don’t have to be transported to another facility.

Laura, who came from a much larger city, has been grateful that she is able to have a facility to care for animals in the area.

“It’s just been such a pleasant surprise, getting to do those really specialized procedures and use the fine- tuned skills that you learned throughout the years in a community unit that is smaller,” she said.

Just like Daisy Derby Whipple wanted to create a place to help animals, the current staff continues to forward her legacy and make sure the animals of Washington County live safe and happy lives.

Colin said they are already thinking of the future and the best ways to care for animals. For instance, they are replacing the cages for the cats because research shows that the size of the cage has a corre-lation to feline health, she said.

“We’re always in need of additional volunteers and fosters to save even more animals than we already do,” she said. “Moving forward, as we grow programs, and develop new ones that we know will save animals, more animals over time.”

Laura said it’s about education. “I think that if people really got away from the old school kind of misconceptions of an animal shelter, they would be more proactive, and spay and neuter,” Foster said.

Cordell says that in the next 100 years, she’d like to see the HSWC flourish and continue on the path of expanding care in the shelter and community. She would like people in the county to be more aware that they are a valuable resource for the community.

More information about the Humane Society of Washington County can be found at www.hswcmd.org. 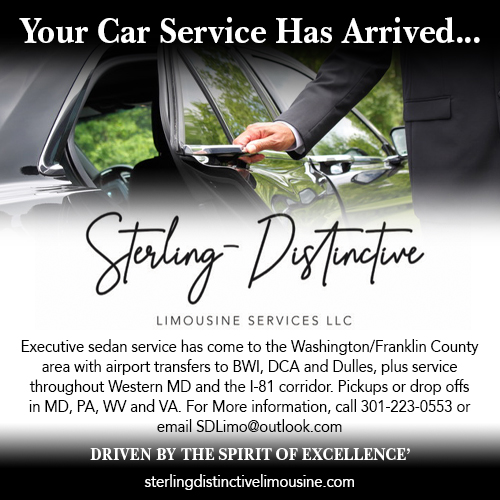 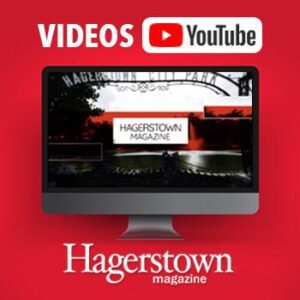