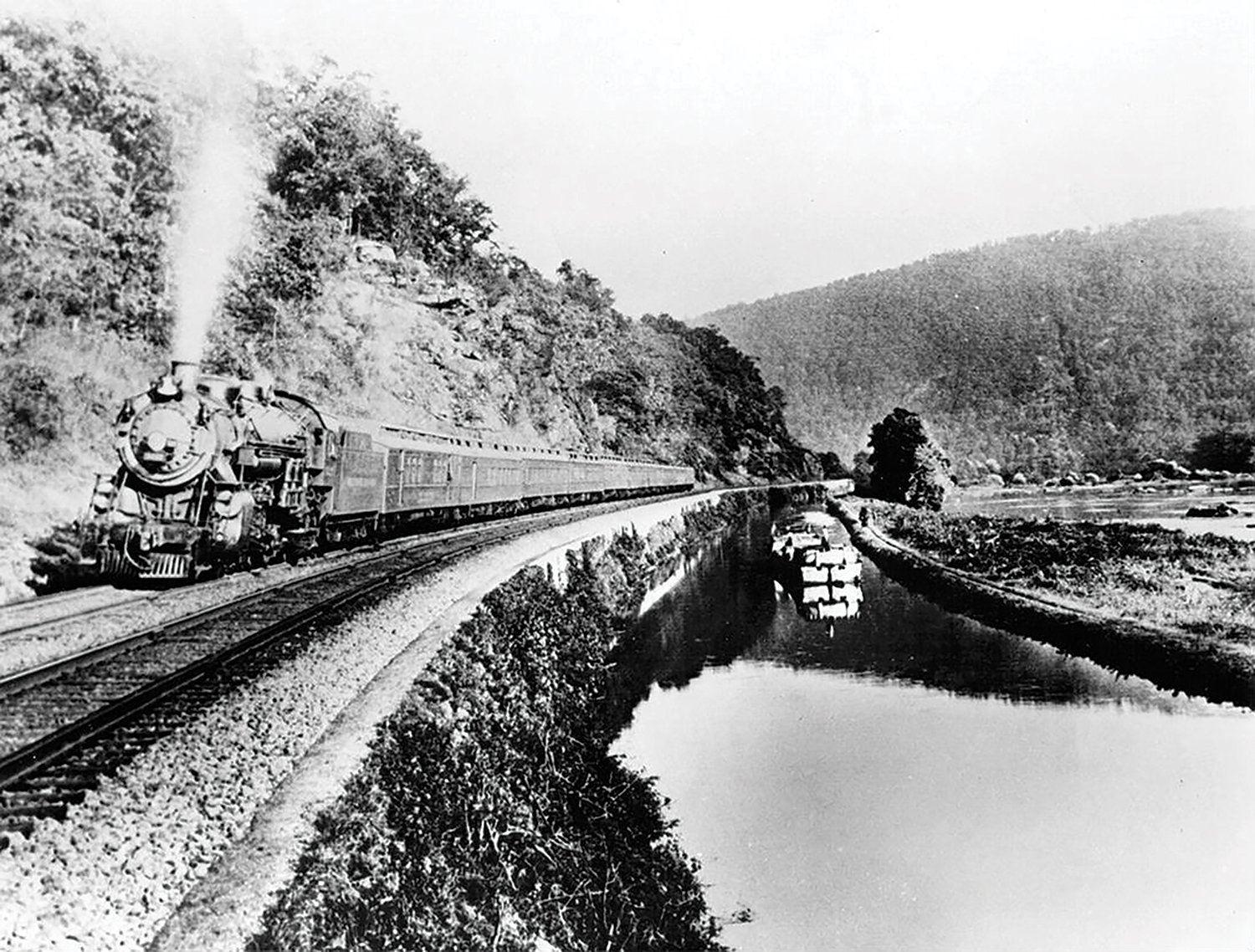 Book Explores Stories that are Unique to Washington County 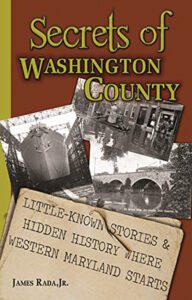 Residents in the Middletown area of Washington County were being terrified by a beast. It was the turn of the 20th century and an otherworldly being, or snallygaster as it became known, was being described in a local news-paper article as a large-winged creature who would swoop down and carry away unsuspecting folks, sucking their blood.

Many today ponder if it was just a really large owl and a story that got out of hand. According to James Rada, Jr., author of the book, Secrets of Washington County: Little-Known Stories and Hidden History Where Western Maryland Starts, no one even today is quite sure. “It could have just been a case of mass hysteria,” he says.

But it had its believers who truly felt threatened by the snallygaster and created a legend that is still remembered today.
This is just one of the many unusual and not so commonly known stories from Secrets of Washington County. “These are the things that piqued my interest,” says Rada, the best-selling author of more than 30 historical fiction and non-fiction books. “And I felt it would appeal to other people as well.”

The stories within the book range from Washington County’s unique ties to the first president of the United States to a decades-old unsolved murder of a Hagerstown woman to albino frogs and of course the snallygaster. While writing his books, most with a regional angle, Rada does extensive research. And in doing so he often comes across interesting “tidbits” that intrigue him and cause him to do more and more digging. In fact, Secrets of Washington County is the fifth book in a series that includes Secrets of Garrett County, Secrets of Catoctin Mountain, Secrets of the C&O Canal and Secrets of the Gettysburg Battlefield. Rada is currently writing about Allegany County as the latest book in the series.

“You can really wind up going down the rabbit hole,” he says of discovering these unusual gems of history. “That’s part of the fun.” 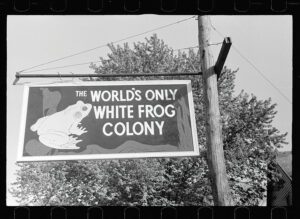 That loyalty didn’t stop there. Accord-ing to Rada, Washington County is home to the first complete Washington Monument surpassing the more famous one in Washington D.C. by 58 years. And keeping with the patriotic theme, Secrets also talks about how the poem, “The Defence of Fort M’Henry,” which later became our country’s national anthem, “The Star-Spangled Banner,” was originally published in Hagerstown.

No doubt, Washington County is steeped in rich history. The Antietam National Battlefield in Sharpsburg, for example, played a pivotal role during the Civil War and was the bloodiest single day in American history. However, a second battle was fought there 62 years later. 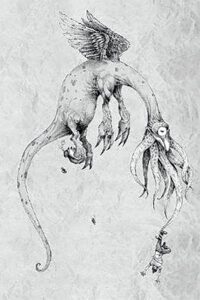 In his story, “The Second Battle of Antietam,” Rada talks about the possibility of the government disbanding the Marines despite their heroic efforts in World War I. But as Rada writes, Maj. Gen. John A. Lejeune, the commander of the Marine Corps at that time, wasn’t having it. So, Lejeune devised a campaign to raise awareness about the Marines and their importance to the nation.

“One way he did this,” writes Rada, “was instead of going to obscure places to conduct war games and train, he chose iconic places and put the Marines out in front of the public.”

The Marine Corps engaged in a re-enactment there, albeit in modern uniforms and with modern equipment. More than 50,000 people came to witness the event, including a Confederate veteran. And, of course, events like this did as Lejeune intended all along resulting in public support and positive publicity, as Rada writes.

“It helped keep the Marine Corps intact,” he says.

With its many historical stories, like these, Rada hopes that the book will entice people to want to learn more about history including their own. “They are easily digestible books,” says Rada, who is also the author of such historical fiction books as Canawlers, October Mourning, Between Rail and River and The Rain Man. His non-fiction books include Battlefield Angels: The Daughters of Charity Work as Civil War Nurses and Looking Back: True Stories of Mountain
Maryland.

Many of the stories in Secrets of Washington County focus on not only big events such as the re-enactment at Antietam, but on individuals.

For example, Rada writes in the story “Keedysville’s Choice Twenty-Five Times,” that Keedysville mayor Charles K. Taylor is considered to hold one of the longest election streaks in Maryland history. All while working as the manager of the Coca-Cola bottling plant in nearby Frederick.

Rada also includes in Secrets the un-solved murder of Betty Jane Kennedy of Hagerstown, a 19-year-old waitress. The year was 1946 and Betty Jane went missing for five days following an argument with her sister. Her body was later discovered by a farmer. In the book, Rada writes of the farmer’s account of finding a “young woman lying face down and against a log at the bottom of an embankment” and not far away from a highway. Interestingly enough, her coat was also discovered hanging from a tree, according to the book. 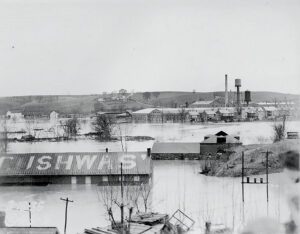 Although suspects were questioned and Betty Jane had last been seen leaving a restaurant with an unknown man, the crime remains unsolved decades later. “As I came across it,” Rada says of Betty Jane’s murder, “I kept searching for updates, 10 years later, 20 years later.”

Then there are the stories of the usual or bizarre, such as the snallygaster. Or the “Human Flies.”

In Secrets Rada talks about these “Human Flies” or men of high risk-taking who visited the Washington County area. In “Getting to the Top the Hard Way,” Rada writes about George Oakley who was placed into a straitjacket with his arms behind him as he prepared for his daring do. “The men tied a rope around Oakley’s feet and with a signal, a winch lifted Oakley upside down to the top of the six-and-a-half story First National Bank Building in Hagerstown,” writes Rada. “Hanging from a tire inner tube, Oakley freed himself from the straitjacket, climbed down the side of the building and then back up to the roof.”

It was the early 1920s and these were the days of a new breed of daredevil, according to Rada, called “Human Flies” or sometimes “Human Spiders.” And while they may have wowed crowds there could be a price paid. Oakley, in fact, was dead only a week after his Hagerstown appearance, says Rada, after falling three stories from a building in Chambersburg, Pa. Even so, many of these “Human Flies” kept riding the wave of chance for decades to come, even at their own peril.

Other individuals like Charles Clyde (C.C.) Moler of Hagerstown, pursued safer but no less unusual activities. In “Amphibian Love Made Hagerstown Famous,” Rada tells the story of how Molder became intrigued by albino amphibians.

While perusing goldfish one day at a Lilypons goldfish nursery in the early 1930s, Rada writes that Moler came upon something else swimming among the fishes. A white tadpole. As he peered more into the water, he saw several more of the tadpoles. He took them all home. The tadpoles were albino, totally white, as a result of a rare congenital defect that causes loss of pigmentation.

As Moler gathered them where and when he could from fisheries, he set about trying to breed them, says Rada. And he was met with success. In fact, he presented a pair of albino frogs to the New York Museum of Natural History. The then-director of the museum credited Moler with making “a very important contribution to science in successfully breeding these delicate creatures,” writes Rada.

And The New York Times called Moler, “The world’s only collector and breeder of albino frogs.”

As his collection grew, he created a white frog farm with a sign outside claiming it to be “The World’s Only White Frog Colony.” The farm was a popular tourist stop until Moler retired in 1953.

Stories like these are just the tip of the iceberg. Others in Secrets include “Funkstown Was a Dream Not Quite Achieved,” “Washington County in the War of 1812,” “Hagerstown’s Draft Riots,” “The Last Canallers,” “The Last Person to Suffer a Hanging Offense,” “Western Maryland’s Earthquake Capital,” “The Woodpecker vs. Fort Ritchie,” and many more.

“People who read a book like Secrets of Washington County often tell me that it gives them a sense of affection for the place they come from,” says Rada.

As well as a better understanding of the history that took place right in their very own backyard.