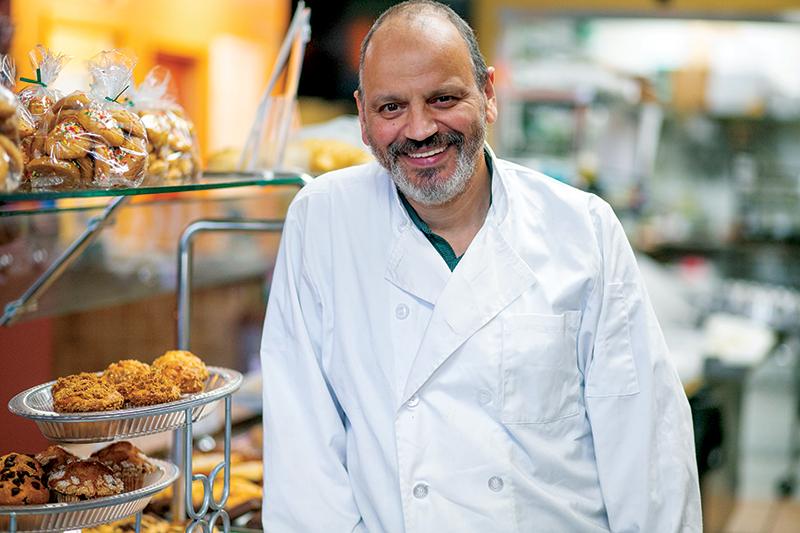 A few months after heavy COVID-19 restrictions were lifted, area retailers are back to work and it’s “Full steam ahead!”

By Angela Niessner and photos by Turner Photography Studio

The effects of the COVID-19 pandemic are still being felt all over the world, even as more and more people have now been fully vaccinated against the virus. Here in the Hagerstown area, we have seen small businesses fall by the wayside, forced to close their doors forever as a result of the attempts to control the spread of this disease. There were individuals from all walks of life affected in this way. For some, it was their life’s work and just like that, it was all gone. For others, it was an investment in their future, a gamble, a risk worth taking, but one that ultimately failed simply because of timing. No one knew in January of 2020 that in just a few weeks there would come such a devastating set of circumstances beyond their control.

Businesses that relied on foot traffic and in-person experiences were hit the hardest. For them, there was no remedy to carry them through a month’s long lockdown. For those who were able to survive, the ongoing expenses with no sales coming in, brought losses that can never be recovered.

When retailers were finally able to be fully operational again in the spring of 2021, hope was renewed. Those who had survived could throw everything they had into clawing their way back and begin to slowly recover lost earnings and rebuild their lives. The entrepreneurial spirit is still strong and so is the community that has been and is still there to support those who possess it.

Tony Vigil, owner of Neverland Games in the Valley Mall shared some of his experience with us. His business has not only survived these troubled times, but it has also thrived. While there were difficult months where the store was forced to remain closed and online sales were the only way to go, the store has since seen in-person business pick up again now that it is fully open. Tony says that his space for in-person gaming can accommodate one hundred and twenty players at a time, if needed. While social distancing is in place, you will not see anything close to that number in the game rooms but it remains an option for the future. Tony says that with the possibility of masks coming back, he is holding off on whether to add more tables.

The game business is big in 2021. We are not talking about video games here, these are more of what are known as board games, and all kinds of people love them. One might think gamers are mostly young men and kids, but according to Tony the demographic he serves is quite diverse. Since the store has moved its location to the mall, he has seen a significant increase in women among his customers. He also has a good number of families who just want to play games together in his store. “The game rooms are great for people who want to try learning a new game before they buy it,” he says. He and his employees will teach you how to play the game, so you can see if you like it. Players can buy a daily pass for five dollars, a weekly pass for twenty-five dollars, or a monthly pass for fifty dollars. The weekly pass includes a fifteen-dollar store credit, and the monthly pass includes a thirty-five-dollar store credit. Drinks and snacks are also included in the weekly and monthly passes. 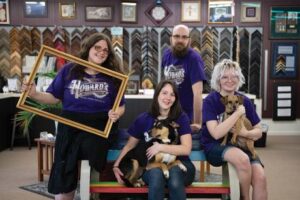 With the increase in time spent at home over the last year and a half, people have cultivated other interests that they can enjoy without going out. In addition to games, Sarah Kersting, owner of Howard’s Arts and Frames, has seen a lot of people who are taking up art in one form or another. Sarah’s store had been offering art classes all along, which were taking place via zoom while lockdowns were in place. It was better than nothing, but people much prefer to have in person instruction when it comes to art. The ability to attend classes in the store has been a welcome change for these artists and hobbyists and the classes are filling up quickly. “We are very busy lately,” she says.

You will often see food trucks in the Howard’s parking lot. The idea behind it was to have something available for her customers to eat and drink, and maybe attract new people to visit the store as well as to help the owners of the food trucks by offering them a place to set up. On any given day you may find Barbecue, Filipino food, pierogis, cupcakes, or Boba Teas outside of the store ready to serve you. Usually, one of them is there every day, Sarah says. If you check out the Washington County Food Truck Facebook page, you can see which truck she has scheduled.

Sarah also explained that while being stuck at home for several months, a lot of people used the time to clean out their closets and attics. This has led to an increase in custom framing for the Howard’s store as those people discovered art that had been stored away and forgotten. 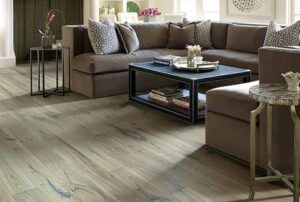 Similarly, Burkholder’s Flooring has seen some positive consequences resulting from the otherwise devastating lockdowns of the last year. Again, because so many were staying at home and even working from home, a new need arose among the homeowners in the area. People needed to create a home office where they could be comfortable and productive, and one of the first steps to take was often new flooring. There has certainly been an increase in business for Burkholder’s since the store has been fully reopened, since choosing flooring material almost always requires coming into the showroom to see and touch the product. For those who were able to continue working and whose income was not interrupted, the expense of making a home improvement of this nature was often offset by stimulus funds. For many, the decision to go forward was made easier by those additional dollars. The circumstances relating to the recent COVID-19 lockdowns have negatively affected the business in shipping cost, material cost, and availability, however. Hardwood is often more difficult to obtain at present. However, Burkholder’s has been able to service its customers quite well even in the face of these challenges. “There have been some increases in the cost to the customer, but we have so far been able to keep the pricing affordable to our clients,” says owner, Anita Hornbaker.

“In order to continue serving the needs of the community, we have increased our staff and added additional installation vehicles. We are very grateful for our customers,” she said.

We also spoke to some business owners in the food and beverage industry about the return to in-person retail. 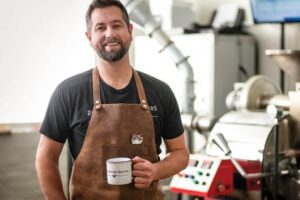 Craig Campbell of River Bottom Roasters coffee has reported that he has lost one of the cafes that he used to supply to because it had to close permanently. “Sales to that one café made up fifteen percent of our business,” says Craig. The wholesale accounts that were hurting during lockdowns are doing better now that things are open again. He said he is thankful that the events where he does coffee demos are happening again. These include things like the Home Show in Frederick and the Peach Festival where he rents a booth and people get to try his special blends of coffee. Look for the RBR coffee booth at the big block party at Cushwa on September 25th to benefit Hospice and the Over the Edge repelling event to benefit the Boys and Girls Club, just to name a couple. In-home brewing business has increased with so many people working from home and overall things are looking up.

Albert Elmerraji owns the Safron Bakery in Hagerstown. He moved his bakery to its current location just a short time before the lockdowns were put in place. “It was good timing for us, because we are now in a space twice as big and in addition it can allow for social distancing.” He was grateful to have the PPP loan to keep his employees paid and that was critical. Advertising on Facebook helped a lot, too. He has all of his same customers now as he had before COVID-19, and also new ones. The one thing Al wants to express most is how much he appreciates the local support he was given. “Thank you to all of our customers and to other businesses in Hagerstown for coming together during this past year, it really helped a lot. We are so grateful to our community.” 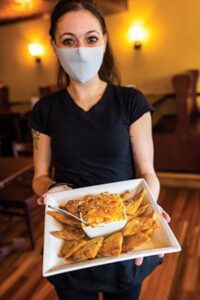 Dan’s Taphouse has retained its original staff since before the period of the lockdown. They have even hired some more staff since then. Some restaurants around here have had to reduce their hours of service because they are struggling to keep a full staff while unemployment benefits have been so generous. Owner Dan says, “I have good employees, we treat them well, treat them with respect, and they all wanted to come back to work.”

Dan’s is doing pretty well and is even back to presenting live entertainment every Friday evening. This fall, Dan’s will have The Howlers, Lisa Routzhan and other local favorites performing live music. The new fall menu features a pan- seared tuna prepared with cilantro, jalapeno, ginger, lime, and soy sauce and served with sauteed green beans and citrus rice. Also featured, a decadent dessert; homemade bread pudding made with famous Krumpe’s Donuts and served with ice cream.