Return to Retail: Part One – Survival 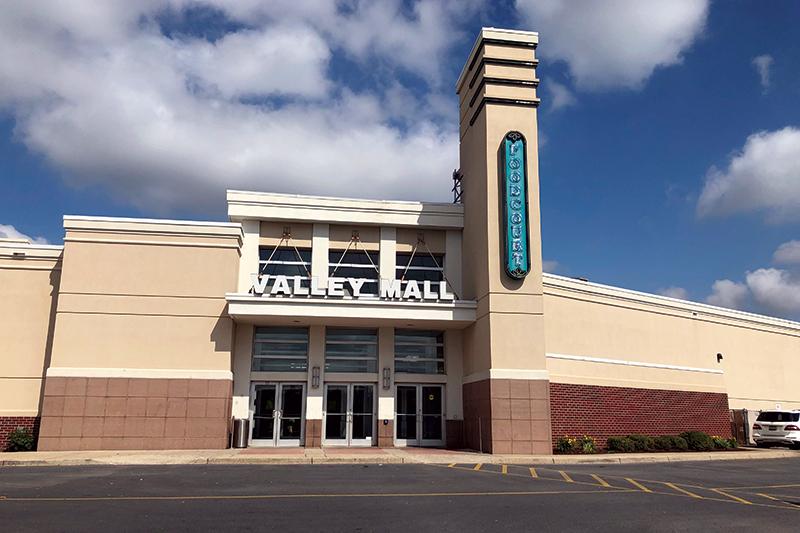 Local retailers have managed to survive and even thrive through the Covid-19 lockdowns.

It has been a long year filled with great challenges in retail. From temporary store closures to “the busiest summer in a long time,” and a variety of responses in between, local retailers have been able to get through the COVID-19 pandemic with an attitude that mirrors the military slogan of “Adapt, Improvise, and Overcome.”

Sarah Kersting, owner of Howard’s Arts and Frames since 2017 and store employee for the 10 years prior, remembers closing for eight weeks, a time that she describes simply as “weird.”

“It was the first time since I was 16 that I didn’t have anything to do for eight weeks,” Sarah recalls with a laugh.

She had concerns about being able to handle the inevitable income decline as the cost of running the store remained constant. A few weeks after shuttering the business, Sarah realized that one option to get her customers the goods they needed was to take phone orders and deliver the products locally herself—all without taking a paycheck during that time. This led to the additional option of curbside pickup before Howard’s re-opened around June of 2020. While Sarah was thankful to finally allow customers back in the store and sales began to pick up, the state-mandated 50% capacity limit meant that the popular art classes offered saw limited attendance.

Meanwhile, at Burkholder’s Flooring America, store manager Anita Hornbaker was dealing with a situation that was unprecedented in the 80-plus years since the home renovation store first opened its doors to the local community. An appearance at the HCC Home Show in March of 2020 was the last public contact for the store before the pandemic forced the doors shut shortly thereafter. In the almost eight weeks Burkholder’s was closed, Anita came in to the store to answer emails and phone calls and accept deliveries. As the store began to slowly re-open, customers were asked to call for appointments to allow for the required social distancing. While there was an inevitable loss of business, Anita is thankful that Burkholder’s was able to apply for, and eventually receive, a portion of the Paycheck Protection Program funding to keep the Hagerstown flooring store, a community staple, afloat.

“It [the PPP funds] definitely helped us to get through,” Anita says.

Since re-opening, business has been “on fire,” which she attributes to both the newfound free time as a result of quarantine and to those who work from home and began to realize that their new workspace was overdue for updated floor coverings.

“It’s an awesome feeling, it really is. It’s hard to keep up, to be perfectly honest,” Anita says. 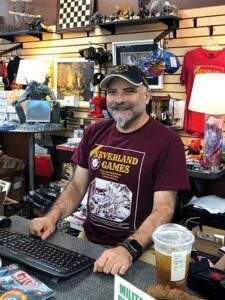 Tony Vigil, owner of Neverland Games at the Valley Mall, experienced a similar “problem” when he decided to go in the direction of online sales to compensate for the inability to have traffic at his brick-and-mortar store. When the mall shut down due to COVID-19, Tony had new product delivered to his home and began selling games online from that location.

“We had to find a way to keep the money coming in and the games going out,” remembers Tony.

While his intention was to deliver locally, the internet exposure resulted in an unexpected influx of customers from all over the world. The Shopify sales website combined with frequent Facebook Live posts announcing new games and delivery options that adhered to COVID-19 safety protocols, opened Neverland Games to a much wider audience and customer base.

Although potential customers were generally homebound at the time, with plenty of free time to play games, Tony quickly found that there was a problematic theme that kept arising: most board games require more than one person to play them and the lack of social interaction didn’t help matters. On the flip side of that coin, solitary games such as puzzles and model figures and cars began to sell more briskly and even out any loss.

“Then the production chain shut down,” Tony says as he recalls a roller-coaster ride of a year for his business.

Spray paints for models became scarce and continue to be in short supply. Pre-ordered Yu-Gi-Oh! and Magic The Gathering cards are continuously on backorder even now as they require printing that couldn’t be done during the height of the pandemic last year.

The store also lost the ability to have live game events in the back room for a period of time but with some quick thinking, Tony restored in-person game play with a maximum of 16 players, chairs six-feet apart, and masks required.

The Tacos Carlitos restaurant is another Valley Mall business that has weathered the storm known as COVID-19. When asked how he kept his business alive over the past 15 months, owner, Armando Mendez said, “Not being afraid of closing, we had to keep going, closing was just not an option. We had to keep fighting, keep going…if we were going down then we were going down fighting.” 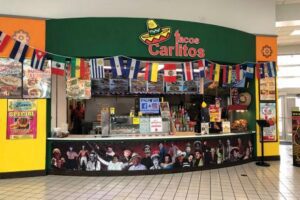 “While dine-in was not an option, we were taking orders through online sites and apps like Grub Hub, Uber Eats, Door Dash, and Postmates. They made the difference and allowed us to showcase our food to people who might not have even known we exist here. After that, business just grew and grew. I hope more people will use these services when they want to order take-out and delivered food, because it really helps. We have a lot of new customers through these apps online. Many people never knew they could find high- quality food like ours in a food court until they ordered that first time, and they became good customers after that.”

Kelly Moore Sheds and Marketplace in Williamsport also experienced supply-chain issues as a result of the pandemic, says Meredith Moore who runs the business along her husband, Kelly.

When COVID-19 initially surged in March of 2020, Meredith intended to shut down the business for about a week as their daughter, then in ninth grade, made the switch to mandatory online schooling. A note on the front door of the store during that time asked customers to call, email, or text with any inquiries or orders.

That week quickly turned into April and Meredith said she was shocked at the number of customers ordering sheds in a typically off-peak sales month. In terms of sales, COVID-19 was already proving to be a shot in the arm.

“People wanted to create home offices in their sheds or they need to clean out spare room to make space for an office and needed a shed right away for storage,” Meredith says.

The increase in sales meant the Moore’s had to go back to work at the store in order to keep up with demand, albeit in a new environment. Per state mandate, they required masks and asked that customers apply hand sanitizer before entering. They also sanitized “point of contact” places, such as doorknobs, multiple times a day with Clorox.

Meredith describes being “overwhelmed” but also points out that the Amish community, the makers of the sheds, were also feeling the strain with the rapid and unexpected increase of chicken coop and shed sales in particular. The demand was such that even if a customer ordered a shed now, it would not be ready until November due to the waiting list that started during the pandemic. She estimates that it may take another winter to catch up to demand.

On a positive note, Meredith says she did meet many new customers who said the free time afforded to them finally gave them a chance to stop in to the store for the first time and try the local foods found in the marketplace part of the business. The time the store was shut down also allowed the Moore’s to revamp their website and Google listing to appeal to customers who would rather do their shopping online. This update has succeeded in expanding their customer base to the entire state of Maryland.

Meredith appreciates the patience of her customers during the pandemic and assures them that it will pay off with a quality, locally-made product.