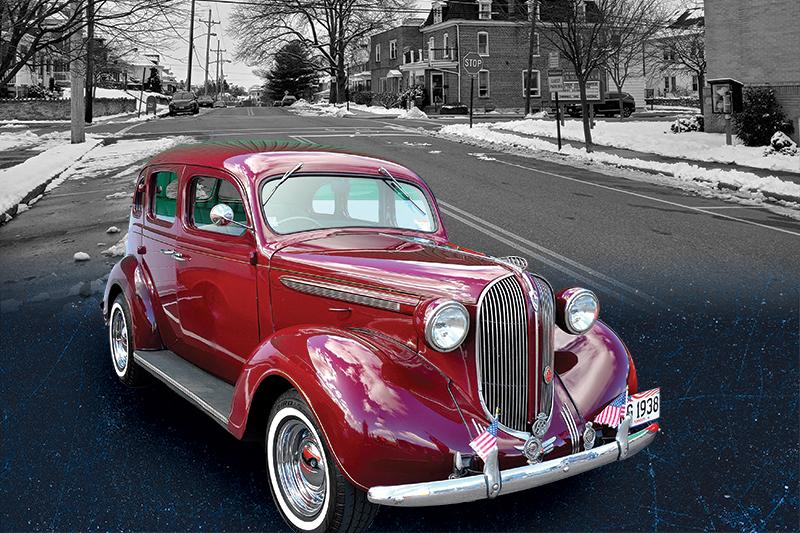 Many of our nation’s presidents have visited Hagerstown at some point during their lives. One, however, almost didn’t make it out alive.

Our city’s history is replete with stories of our Commanders in Chief visiting the Hub City. Some, while they were in office and others marching through when they served in the Civil War. Others visited when they were campaigning for our nation’s highest office. Washington stayed overnight at the Globe Tavern on West Washington Street. President-elect Andrew Jackson attended church services at Hagerstown Presbyterian Church (then on South Potomac Street). Theodore Roosevelt visited Hagerstown several times, giving speeches at the Academy Theater on West Washington Street, the Cumberland Valley Railroad station on Walnut Street, and at the Washington County Fairgrounds. Eisenhower, Kennedy and Nixon all campaigned in Public Square. Even House Minority Leader, Representative Gerald Ford visited our city to give a speech at the Masonic Lodge.

Harry Truman…. well, he received an invitation from the local police magistrate that he could not refuse.

On March 27, 1938, Harry S. Truman, an obscure junior senator from Missouri began his trek home from Washington during a Congressional recess. He, his wife Bess and daughter Margaret packed their bags into Harry’s almost-new 1938 Plymouth touring sedan and headed for Independence, Missouri. In the late morning, they reached Hagerstown and stopped for lunch.

Harry had quite the reputation of being a lousy driver. In her 1972 biography of her father, Margaret wrote “…we always went by car. My father did most of the driving, and this always made for interesting family discussions. My mother was convinced he drove too fast, and she was absolutely right. I don’t think Mother ever saw any of the scenery between Missouri and the District of Columbia. She always had at least one eye on the speedometer”. 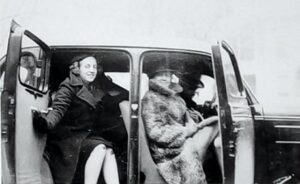 After completing their lunch, the Trumans left Hagerstown via Summit Avenue. About 11:30, local grocer J. Robert Potts, Sr. was driving westbound on Howard Street past where Emanuel United Methodist Church is today. Potts had the right of way; a stop sign forced those traveling on Summit Avenue to come to a halt. He may have had a sign on his desk in the Oval Office that said “the buck stops here,” but Truman didn’t stop for the stop sign.

Potts, who lived at 535 West Howard Street and worked at a nearby grocery on Virginia Avenue, was a former semi-professional baseball player who spent time playing first base in the Eastern Shore League. He was within walking distance of his home and place of work when he “T-boned” the hapless Trumans.

According to accounts, Truman’s car was hit full force, and rolled several times, coming to a rest against a telephone pole on Howard Street. Potts later recalled that he gave the Truman car a pretty wide berth, but “I could see he would be unable to stop in time to avoid an accident.”

Margaret recounted in her telling of the incident “our car was completely wrecked. It was almost a miracle that we escaped alive. Dad had a cut on his forehead, and mother had a badly wrenched neck. Sitting in the back, I escaped with nothing more than a bad fright.” With debris and the contents of the Trumans’ car scattered about Howard Street, Margaret continued, “As I was pulled out of the car window, I saw dad’s glasses on the floor, surrounded by upended suitcases – intact. He had flung them over his shoulder at the moment of impact.” Potts later recalled that a number of books were ejected from the Truman car during the rollover and scattered about the street. 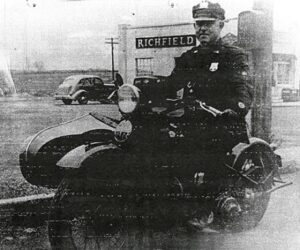 The Hagerstown Police Department was called, and motorcycle patrol officer John A. Knode was the first to respond to the scene. A seven-year veteran of the force, Knode was inclined to cite Senator Truman for failing to stop at the stop sign. But Truman argued that a car was parked very close to the intersection, obscuring the stop sign from approaching traffic. How could he be cited for failing to observe a sign that could not be seen?

Officer Knode had Potts and Truman report to Police Magistrate John D. Dunn at the police station. Since it appeared Senator Truman was mostly at fault and he was not from the area, Potts demanded a “foreign attachment” be assigned to Truman’s car. This appears to be some form of performance bond to ensure Truman met obligations associated with the accident, since he was not from the area. Magistrate Dunn agreed, and assigned the amount of $90. The attachment was served to the Senator by Deputy Sheriff Kenneth Strangle. Senator Truman then called his personal secretary, Victor Messall, who drove from Washington to Hagerstown to pick up the bumped-around future First Family. Messall resigned not long thereafter to serve as Truman’s campaign manager when he ran for re-election to his Senate seat in 1940. Senator Truman gave Officer Knode his business card, and said “see me if you get to Washington.” Two days later, Carl L. Risline, an assistant to U.S. Attorney General Homer S. Cummings, visited Hagerstown to investigate the incident. The “foreign attachment” was released about 30 days later when Truman’s insurance company settled the damages to Potts’ vehicle. 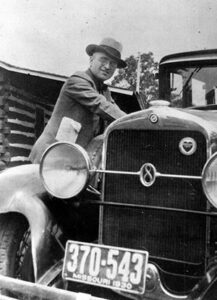 Hagerstown briefly made national “news briefs,” as news of the accident – in which the Truman family supposedly escaped entirely unhurt – found its way to the columns of many newspapers across the nation. Apparently, though, Bess was a bit more injured than anyone let on. In August of that year, almost six months after the accident, Senator Truman wrote a friend back in Missouri. “Mrs. Truman has been having a little trouble with her neck as a result of our accident at Hagerstown, Maryland, and she thinks it will be safer to stay at home. I imagine she is probably correct in the matter. We got some x-ray pictures last night and it shows nothing wrong. The osteopath says that a few treatments will straighten her out completely, so I suppose we will stay at home for our vacation.”

Apparently, Harry didn’t learn his Hagerstown lesson, as earlier in the same letter he tells his friend. “I was expecting to go on a vacation trip to Colorado but it looks like now as if I won’t get to make it. Drove down to National Guard Camp the other day and argued the right of way with a truck. Smashed up my radiator and they don’t seem to be able to get the pieces.”

This event faded into history, even as the obscure Senator-turned-Vice President was thrust onto the pages of history with the death of President Franklin Roosevelt. For a while, at least. It resurfaced 14 years later.

In April, 1952, New Yorker magazine published a profile piece on the outgoing President Truman. Truman recounted the incident for the article, which caused some head-scratching in Hagerstown, to say the least. Truman said that he was taken to the police station, but after the police found out he was a United States Senator “they fell all over themselves. They ended up with a formal ceremony giving me the keys to the city.” Hagerstown Morning Herald reporter Joe Harp, who reported on the incident 14 years earlier, found this odd and did some checking.

Officer Knode – soon to retire from the force – said he recalled the accident, but he didn’t remember any key presentation ceremony. He still had the calling card that Truman gave him in 1938.  Harp wrote, “Knode said he never availed himself of the opportunity (to visit Truman in Washington). He didn’t talk as if he ever would.” Harp then reached out to former Mayor W. Lee Elgin, who was mayor at the time of the incident. Mayor Elgin told Harp, “I never met the man. I remember the case rather vividly but I would hardly present a key to a man for having an accident.”

Ironically, Harry Truman – a menace to the roadways – actually promoted transportation safety as President. As a former contract membership salesman for the Kansas City Automobile Club and roads commissioner for his Missouri township, Truman loved driving. Even if his skill sometimes did not measure up to his enthusiasm. A national highway safety conference was convened in Washington in May, 1946, and 2,000 highway engineers from around the nation participated. He advocated for stronger drivers licensing requirements. The Federal Committee on Highway Safety was formed during the Truman Administration. The highway design and safety standards that have followed today have grown from an original set of standards developed under Truman’s watch.

Given that Hagerstown is located at one of the most important junctions of two interstate highways in the country, maybe Hagerstonians should be “just wild about Harry” after all.