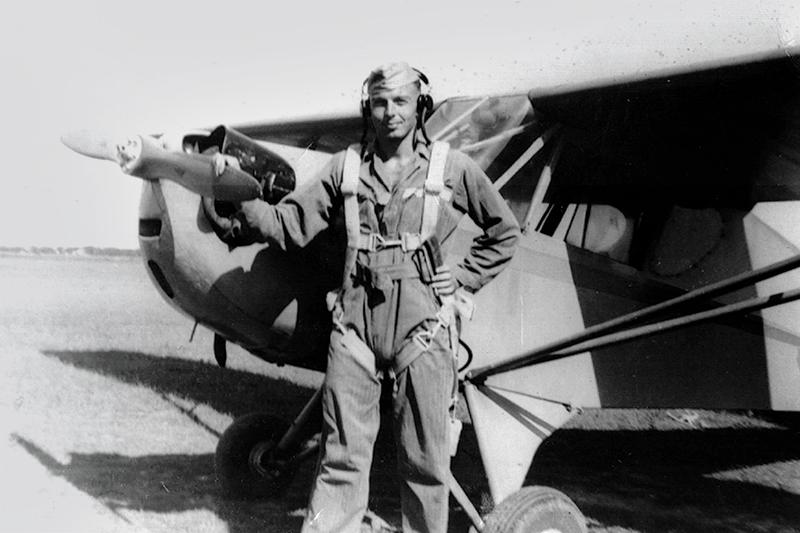 After completing training to become a mechanic on the B-24, Fred Kuhn decided to change course and applied to pilot’s school. This photo was taken on July 22, 1943 at Thompson Field in San Marcos, Texas. Fred served with the 15th Air Force, 451st Bomb Group, 724th Squadron.​

After graduating from high school in June of 1941, my father, Fred Kuhn, was off to WVU. On Dec. 7, 1941, the Japanese attacked Pearl Harbor drawing the United States into World War II. After completing his first semester at WVU, dad decided to enlist in the army as a mechanic. He left for basic training in March of 1942. He completed 19 weeks of airplane-engine mechanic school, then spent four weeks being trained to do maintenance on the B-24s.

After that it was off to Liberal, Kan., where he was trained to fly the B-24. His crew was assembled, and they headed out to Pueblo, Colo., for additional training. He was now ready to serve in the 15th Air Force, 451st Bomb Group, 724th Squadron. He served for three months in the Mediterranean theater. President Roosevelt died on April 12, 1945, not too long after they had gone overseas. They returned stateside in late May or early June.

Seventy-five years ago, my father, along with thousands of other soldiers known as the “greatest generation,” returned to their homes and families at the end of the war. Many completed their college degrees thanks to the government funding of the G.I. Bill, landed their “dream” job, and hopefully lived happily ever after.