A Gallery of Good Tastes 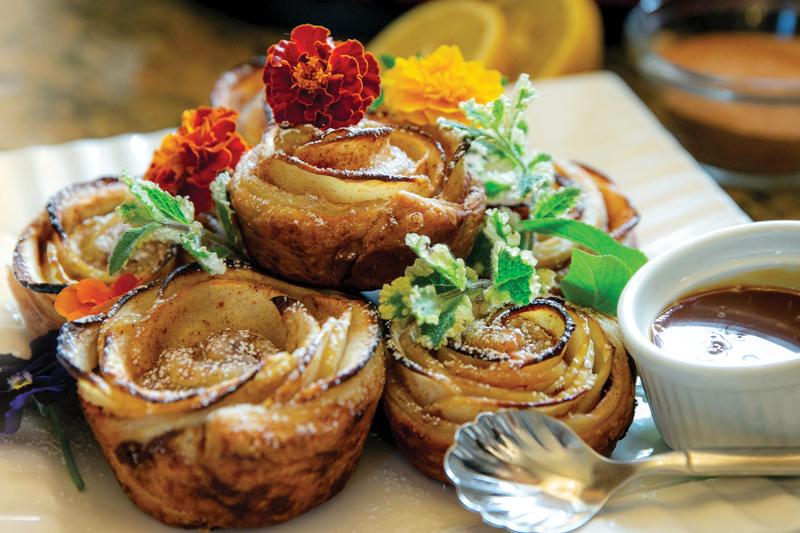 The Art Gastropub and Cafe is elevating the downtown dining scene with a blend of art, live entertainment, and upscale fare.

by Jessica Swan and photos by Turner Photography Studio

Perhaps no eatery in Hagerstown in more straightforward and aptly named than Art Gastropub, a new addition to a burgeoning downtown that offers the ambiance of an upscale pub combined with the eclectic scenery of an art museum. Owner Ian Harshman introduced Hagerstown’s first gastropub with a soft opening in April and officially invited the public through the doors in May of this year.

For those unfamiliar with this relatively new dining concept, Harshman describes a gastropub as having started in England in the 1990s and featuring “pub-style service but with food that you might find at a more upscale restaurant.” Because it is not a full-service restaurant, the bartender typically doubles as the serving staff, Harshman adds.

Bartender Charlie Harris can be seen pulling double duty in the evenings, as he maneuvers between the geometrically shaped bar and the patrons casually chatting while waiting at the modern black tables that adorn the dining room. The gold streaks painted on the grey lacquered floor are in stark contrast to the bold, colorful works of abstract art that cover the walls. Soft background music, ranging from The Carpenters to a reggae melody, accents lulls in conversations. Harris undoubtedly is proud of being a part of the Art Gastropub team and espouses the consistent positive feedback from “foodies” and the locally and sustainably sourced produce — such as oysters from the Chesapeake Bay — as a testament to how the pub goes “a little step above” the offerings from a typical local bar or chain restaurant.

Harshman, with input and implementation from Chef Melissa Gladkowski, constructs a menu that features a rotating selection of standards and seasonal fare. Pub fundamentals such as soft pretzels and wings are served side by side with what Harshman describes as the more “international and metropolitan” offerings of Portuguese-style Piri-Piri Chicken and Classic Steak Frites with “coffee rubbed filet mignon,” among others. The goal is to appeal to visitors with a variety of different palates and to deviate from the “standard Hagerstown fare,” he says. The pub also offers increasingly popular vegan, vegetarian, and gluten-free options which are distinctly noted on the menu.

Harris highlights the fact that while the Art Gastropub prides itself on being “unique and eclectic,” the staff also knows the importance of keeping the prices affordable for the area’s diners, and the need to be inclusive to the many families that frequently enjoy eating out. Their diverse consumers often include Maryland Symphony Orchestra and Washington County Free Library patrons, and those who stop in out of curiosity during downtown events.

True to its pub nature, the Art Gastropub has an extensive and varying collection of wines and champagnes. Creative cocktails, such as “The River Bottom Martini” (vodka, expresso, and cream) and “The Green Fairy” (absinthe, bitter, egg whites, and lemon), and locally brewed beer from Cushwa Brewing Company in Williamsport and Antietam Brewery in Hagerstown, are spotlighted as well.

The prime downtown location of Art Gastropub is no accident. Harshman states he grew up in Hancock and spent most of his teenage years hanging out in Hagerstown. He moved out of state for some time before recently returning to the area. Harshman says he saw that Hagerstown had the “bones and opportunity for investment” and he feels that by playing a role in taking the downtown scene in a “more progressive direction,” it has the potential to see gentrification equal to that of Frederick’s downtown area.

Part of that progression is the sculptures and designs that put the “art” in Art Gastropub. In addition to the dining room paintings, a doorway with “Life is Beautiful” painted just above welcomes patrons into a small art gallery next door. Decorative arts crafted by local Smithsburg artist David Gibney, known professionally as “DeGibnio,” fill the room. For this showing, DeGibnio has added local flair by constructing his work out of scraps from the now defunct Moller Pipe Organ building. Harshman says that the gallery will have a new showing every three months, with the next show in September. Artists are welcome to apply to showcase their work by contacting Harshman.

The outside patio and deck to the rear of the building is home to local musicians every Thursday, Friday, and Saturday. The variety of music is “a little bit of everything,” Harris says, and has previously featured a DJ and a reggae band. To add to the diversity of entertainment, the pub hosts a comedy night every other Monday that tends to attract the younger crowd, according to Harris.

Harshman is thrilled that business has been brisk and even better than he had projected in the weeks since the May opening. Looking forward, he plans to continue the current direction of the pub while adding new art exhibits and planning other ventures, both personally and in collaboration with other downtown businesses.