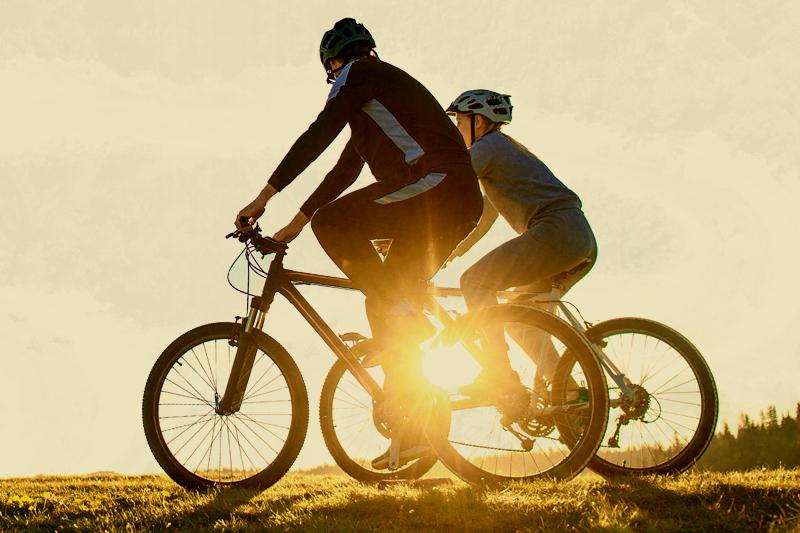 Pedal your way through rich history and the splendor of nature

Looking for an easy, affordable, yet active, vacation that gets you outdoors, without much struggle? The Great Allegheny Passage beckons.

Families, couples, friends, youth groups and retired folks make the two-wheeled bike trip along part or all of the trail. Some carry camping gear; others stay in inns along the way. Some ride day trips; some ride the 150-mile GAP Trail; some combine the GAP with the 184.5-mile C&O Canal journey.

Options abound. Bike or hike alongside locals who walk their dogs, push strollers or jog.

The GAP has its roots in 19th century rail transport. For rail buffs, the Western Maryland Scenic Railway leaves Cumberland daily in the summer and weekends in spring and fall. You can stash your bike on the train to Frostburg and ride downhill on the GAP, 11 miles back to Cumberland. The trail provides forested sections interrupted by spectacular vistas.

Glimpses of rail history span the trail, starting at the historic Cumberland rail terminal, now home to a visitor center and city offices. As the trail winds toward Pittsburgh, remnants of coal mines appear, which kept parts of the railroad in use well into the 1980s.

Telegraph poles, old railroad mileposts, signal foundations, and abandoned grades leading to empty industrial buildings are remnants of the area’s connection to industry and railroads. Much of the GAP parallels the Youghiogheny River, and across the river is the rail line still used by CSX and Amtrak.

It was 1978, and short sections of the old WM (Western Maryland) and P&E (Philadelphia and Erie) rail lines were still being used for coal transport. Most of the lines, however, were crumbling, overgrown rights of way. The Western Pennsylvania Conservancy bought 27 miles from Confluence to Connellsville. The first nine miles of the trail opened to the public in 1986, around Ohiopyle. Tiny Ohiopyle already had a burgeoning rafting and outdoor recreation reputation. Thousands, soon hundreds of thousands, used the new, growing trail.

In 2013, the last mile was complete, said Bryan Perry, executive director of the GAP Trail. Cyclists could bike the 334.5 mile journey from Point Park in Pittsburgh to Georgetown in Washington, D.C. Two years later, Amtrak made it easy for return trips by allowing bikes on the Capitol Limited train.

Now, 1 million visitors a year use the trail, and Perry said the numbers grow each year. “We’re hoping to get more folks from the Midwest to take Amtrak to D.C., bike back to Pittsburgh, and take Amtrak back home,” he said.

“Pennsylvania has more rail trail miles than any other state,” Perry said. Business owners responded to the GAP with cafes, inns, shuttle services, and more. “If you’re not careful, you can gain weight,” he added.

The GAP is now the fourth longest rail trail in the country, but its gentle climbs are suitable for every level of cyclist, from beginner to expert. If you travel from Cumberland, you’ll notice a bit of a grade heading up to the Eastern Continental Divide, about 25 miles from the Cumberland terminus. On elevation charts, this looks steep, but while it’s noticeable, it’s a gradual climb. From the other direction, there’s a slight climb from Connellsville to the Eastern Continental Divide, about 70 miles.

On my three trips along the GAP, starting in Cumberland, my group rarely noticed the elevat-ion. What we did notice was the spectacular scenery. Pedaling past sweeping vistas and thick forests, we reached the Mason-Dixon line, well-marked with stones and a large marker. A few miles farther, a small bridge passes over the trail, with a sign proclaiming the Eastern Continental Divide. An elevation map is painted beneath the bridge. We scrambled above the bridge to get our pictures taken with the sign.

The ridgetop miles that follow meander through farmland and forests. A few miles later, at milepost 32, we pedaled into Meyersdale, the first Pennsylvania stop along the trail heading toward Pittsburgh. A renovated train station, now a visitor center and home of the Meyersdale Historical Society, offers a pleasant rest stop, complete with a small museum and restrooms. There are restaurants and B&Bs in this pleasant community, making it a good lunch or overnight stop.

Beyond Meyersdale is the 3,294-foot Big Savage Tunnel, which has lights to guide you along the trail. There’s also the Keystone Viaduct and the Bollman Bridge. The Salisbury Viaduct offers spectacular views of the Casselman River as you cross above it. For the rest of the journey toward Pittsburgh, we paralleled scenic rivers. Summer brings an abundance of wildflowers, including black-eyed Susans, coneflowers and cardinal flowers.

The trail passes through the towns of Rockwood, at mile 43, and Confluence, at mile 62. Both of these towns offer bike shops, restaurants, B&Bs, campgrounds, live theater, shopping, and other travel delights. Rockwood is also a winter destination for those who want to cross country ski on the GAP. Confluence has a large selection of choice riverside dining spots, and a charming town square with a gazebo. Nearby Mount Davis, the highest point in Pennsylvania and an easy walk from the GAP, has a fire tower with stunning views.

Ohiopyle, at mile 71, is a tempting overnight spot. From whitewater rafting along the Youghiogheny River, or the Yock, as locals call it, to Fallingwater, the famed Frank Lloyd Wright home four miles north of town, there’s plenty to do and see. If you want to visit Fallingwater, however, book a tour well in advance. The water-fall that gave Fallingwater its name is one of many in the area. Some you can see from the trail itself, gushing between forests of mountain laurel. There’s camping near the trail, and the town has a several pleasant guest houses, along with a small motel. Book in advance, especially if you’re there on a weekend.

Northwest of Ohiopyle, we pedaled over several bridges and were rewarded with spectacular views of the Yock. The laurel and waterfall-studded forest continued beyond Ohiopyle, before the landscape gave way to the town of Connellsville. Amtrak stops here every morning, and if you want to stay the night, you can have breakfast and be back in Cumberland in a couple of hours.

We continued on to Pittsburgh, where the landscape went from forested to small towns. The towns grew more frequent as we pedaled closer to Pittsburgh, but the locals were all friendly and welcoming. The visitor center at West Newton is housed in an old train car. The trail twists and winds as you go through Homestead and other suburbs, following the contours of the Monongahela River.

Eventually, however, you arrive at the last few city blocks which bring you to Point Park, the terminus of the GAP trail and the point where the Monongahela and the Allegheny River meet to form the mighty Ohio.

It’s worth riding the last few miles to the point, navigating city traffic and cycling past pedestrians. The trail circles through Point Park, arriving at the spectacular confluence where three rivers meet.

More information is at: https://gaptrail.org