Hagerstown Has Got It Going On 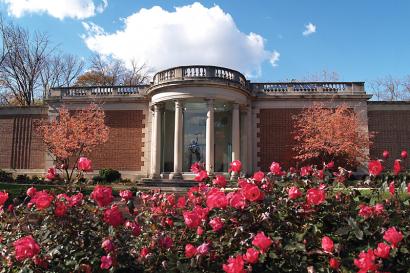 Hagerstown is making its mark on the map.

“This is quite an honor,” says Dan Spedden, president of the Hagerstown-Washington County Convention and Visitors Bureau. “Both are very well-respected sources for travel information.”

According to National Geographic Traveler Magazine, its list was based on both a unique set of metrics as well as expert picks from editors. The magazine worked with global destination branding advisors Resonance Consultancy in developing a small cities index, a survey that drew from statistics and social media mentions to determine which cities rank highest in a variety of “distinctive, fun categories.”

“Happy places for locals are also rewarding places for travelers,” said George Stone, editor in chief of National Geographic Traveler. “Our index of small cities on the rise is based on unconventional metrics that we think produce happiness: green spaces, coffee shops, breweries, music venues, Instagrammable moments, and puppies!”

Hagerstown was one of two Maryland cities on the list, along with Annapolis. Other cities included Boulder, Colo.; Honolulu, Hawaii; Santa Cruz, Cali.; and Portland, Maine.

In the Expedia ranking, travel writer Chloe Mulliner wrote of Hagerstown: “There’s a beauty to be had in a place that embraces its past.” She goes on to mention Hagerstown’s plethora of significant landmarks and four historic districts – City Center, Oak Hill, South Prospect Street, and Potomac Broadway.

And on a more personal level, Mulliner said, “Having grown up in Virginia, there’s a special place in my heart for charming East Coast cities that are dedicated to preserving their history. There is so much beauty to be discovered in places like Hagerstown, from its pre-Civil War era Hager House to the early 20th century Maryland Theatre.”

Mulliner added, “Hagerstown’s architecture isn’t the only reason why this city made our most beautiful list though, as Hagerstown City Park and C&O Canal National Historic Park are just two of the many examples of the picturesque landscapes you’ll find here.”

Tourism plays an important role in Hagerstown and the surrounding area. According to Spedden, 1.2 mill-ion people visited during the last year, resulting in $257 million in direct spending. And on top of that, he says 7.8 percent of the workforce is employed in tourism.

“This county committed to a strong and independent convention and visitor’s bureau 21 years ago, and it has paid dividends, no doubt,” says Spedden. “We are constantly marketing this community to travelers.”

And the word has gotten out.

“When National Geographic or Expedia comes calling, you know what you are doing is resonating,” says Spedden.

Hagerstown recently received accolades from National Geographic Traveler Magazine and travel company Expedia for what it has to offer visitors. But what do the locals think? What is it like to live here and what do they like best and enjoy most? Hagerstown Magazine offered residents an opportunity to reflect on the place they call home. And to hear these locals tell it, National Geographic Traveler’s Magazine and Expedia got it quite right…and then some.

“I’m from the West Coast where everything is new. I just love the architecture of the downtown. It’s a beautiful area to drive or walk through if you appreciate old buildings.”  Brandi Edwards

“I was born here in Hagerstown and have stayed here all my life. I love the idea of generations remaining here and the rich history that surrounds us that we so many times take for granted. When I was younger, I thought I wanted to leave here. But I got a job, met someone, got married, had a child and stayed. And looking back I think to myself, ‘That was good. I made the right choice.’”  Cindy Spessert

“Upon accepting a job here, I certainly thought this would be a brief chapter in my life. But 16 years later, Hagerstown has become home to me and my husband. To us, it has been one of the best small cities as it has offered opportunities for us to grow professionally while providing access to cultural events locally and within a reasonable driving distance. I’m thankful that my first professional job landed me in Hagerstown.”  Anna Peterson

“My family loves to kayak on the Potomac River, hike in the Appalachia, and bike at the C&O. We also have a variety of wildlife here. We have several types of turtles that lay eggs on our property. My neighbor lights the way to the water for the hatchlings. We have a great blue heron who made a home in the run. I could go on forever about all our secret places. I welcome people to explore. Find the beauty around us.”  Laura Lappin

“I’ve lived in Hagerstown my entire life. My family has made Hagerstown their home back to my great-grandparents. I’ve traveled all over the world and still love Hagerstown. We have the perfect mix of accessibility to bigger cities (D.C. and Baltimore), the ocean, lakes, mountains, but also deep history and the amenities of a bigger town with a small-town feel.”  Matthew Schindler

“I see beauty every day in the landscape of this countryside. We have some of the best historic areas in the entire country. Hiking in this area is filled with awesome wildlife of all kinds. We are surrounded by bountiful orchards and farmland. It is a wonderful, beautiful area. I am proud to be a native of Washington County/Hagerstown!”  Sharon Guyton

“City Park is my absolute favorite place. My husband and I had our first date there. Then two years later we got married there as well. That was 11 years ago. We still go there often. We moved to Martinsburg, but we are always in Hagerstown. It holds a special place in our hearts. It was our first home together.”  Tara Green-Barkhouse

“We are newcomers to Hagerstown. We bought an old fixer-upper close to City Center. Being from Baltimore, I love that Hagerstown has no high-rise office buildings and prefers to restore the historic buildings. I also love that when you are out and about you can see the beautiful mountains in the distance. The folks are friendly. Hagerstown has a nice mix of the small-town feeling and the many benefits of a larger city.”  Chris Boerner

“The City Park is beautiful. I played there as a child. I took my son there when he was a child. And I have taken my grandchildren. Now I am blessed to be able to take my great-grandchildren. Feeding the ducks and fish never gets old. What we all agree on is the most favorite spot is the concession stand. Children of all ages love it and that’s where you get duck food!”  Linda Likely

“I moved up here in 2014, not by choice, but I’ve come to call this place home. I love that Hagerstown truly is about family and how much it offers for families to do together. They recently had the Harvest Hoedown, and I love how many activities there are for families to do together. That’s what’s making me stay here and want to raise my children here.”  Victoria Kalomeris

“As a little kid I remember the excitement of the Mummers Parade, the lights at Christmas, going to Krumpe’s and waiting in line to get hot fresh donuts.”  Jammie Creager

“I’ll put it simply. We moved here seven years ago. Our granddaughter was four at the time, and one day while we were out and about she said, ‘Mom-Mom and Pop-Pop I like it here better than New Jersey.’ I thought it was the mountains or lakes or camping areas all around. ‘Why?’ she was asked. She quickly said, ‘Because when you wave and say hi here, people smile and say it back!’ That’s when I knew after our searching, we had found a good community.”  Butch Hunsberger

“My wife and I retired from the military to this area. I can bike from any direction and get on roads with little traffic. People are friendly here. I’ve lived in Boston, on the coast of Maine, in the D.C. suburbs and in Annapolis, and I would choose to live here over all of them for better climate and quality of life.”  Mark Melanson