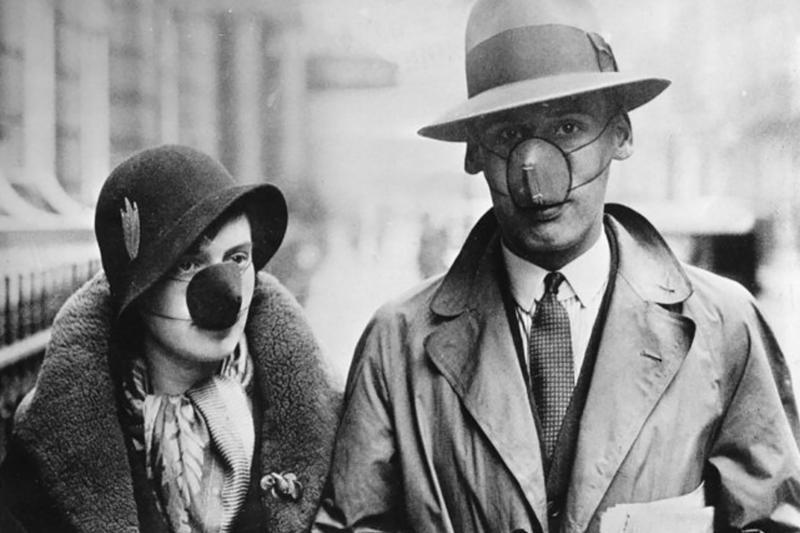 The Spanish Flu claimed hundreds of lives in Washington County.

In the fall of 1918, as Allied forces swept across Europe to victory, a new war was beginning that would kill five percent of the world’s population. Spanish Flu struck quickly and reached just about everywhere around the globe including Washington County where it left thousands sick and hundreds of people dead.

“It was a perfect storm of events that made Spanish Flu so bad,” says Diana Gaviria, medical director with the Washington County Health Department. It has also left researchers worried that after 100 years, the world may be due for another pandemic.

“There’s a lot of research going on even now as to why it was so deadly,” said Gaviria. Researchers have gone so far as to take samples from people who died from the 1918 flu pandemic and reconstruct the virus to study it. And because researchers still aren’t sure why it was so deadly or how to combat that particular flu strain, Gaviria says that the reconstructed samples are treated like “high-level, biological weapons.”

Spanish Flu killed more people than World War I and in a shorter time frame, too, yet the war had the headlines during 1918 because it was winding down at the same time the Spanish Flu was reaching its peak. Deadlier than the Black Plague, Spanish Flu was so devastating that human lifespan was reduced by 10 years in 1918.

Its lethality wasn’t apparent at first, and few people saw the flu as a threat. They knew that they and their friends were getting sick, but they just figured it was a seasonal flu. Newspapers downplayed the effects of the flu or ignored it completely.

The Morning Herald and Daily Mail finally began to notice the flu on Oct. 5. Most likely, this was because the day before, Pennsylvania had enacted a drastic order that shut down most public meeting places in the state. (Maryland took similar actions on Oct. 8.)

Soon stories of the flu appeared daily in the newspaper. In an unusual case, Brent Gilbert Smith, a 47-year-old family man in Hancock, shot himself in the temple, apparently in a delirium brought on by the flu.

Big Pool was noted as particularly bad where the flu had hit, “Only one family in the Big Pool section has so far escaped and in some instances entire families are down,” the Morning Herald reported.

One case on Oct. 9 shows how quickly the flu could strike. Conductor M. Thompson of Franklin St., left his house to go to the Elizabeth St. railroad office. Just as he reached the office, he fell over ill. It is reported he was taken with the flu from the time he left home, only a short time before. It took four men to carry him into the yard office. Later he was sent home.

Doctors were overtaxed as they were called both day and night. The Morning Herald reported, “It is a common thing for whole families to be down and local physicians who are not afflicted themselves, are unable to see all of their patients as they would like and are compelled to have them wait, which is a condition not at all desirable but which cannot be helped under the stressing situation.”

The county fair was reluctantly canceled that year, and emergency hospitals were opening. The country club was turned into a hospital run by Dr. Dunott, and the Western Maryland Railroad had a traveling emergency hospital that was moving through communities along the line.

By this time, the flu had not only spread wildly throughout the county, but deaths were increasing. On Oct. 20th alone, 15 people died from the flu. Their ages ranged from 19 to 68.

The Morning Herald reported that about 40 people died in Washington County during a typical month. However, between Oct. 14-18, 31 people died, and although the final numbers for the previous weekend hadn’t been reported at that time, it appeared that each day was going to be worse than any other day that season. This would have put the deaths from just the second week of October at around 65.

Although firm cumulative numbers for the county aren’t available, an estimated 6,000 people caught the flu and 400 of them died, based on reported deaths and the death rates in surrounding counties.

Gaviria said, that what was really dramatic about the Spanish flu was the high fatality rate among typically healthy young people with robust immune systems.

Protecting Yourself from the Flu Today

Influenza or flu is an infection of the nose, throat, and lungs caused by the influenza virus. The virus spreads through the air when people cough. It can also spread by direct contact with an infected person. Symptoms—which tend to begin one to four days after a person is infected—might include chills, fever, coughing, headaches, muscle aches, sore throat, runny nose, and fatigue. Although not considered a deadly disease, common seasonal flu can lead to serious complications like pneumonia, bronchitis, high fever and, in children, seizures. According to the Centers for Disease Control and Prevention, flu-related complications kill about 36,000 people, mostly the elderly, each year in the United States.

As with many other localities, Washington County has an emergency preparedness plan that can be enacted in the event of a pandemic situation. The plan involves anti-viral medications, supportive treatment, and preventative measures.

“Our level of response and when it starts depends on how widespread the outbreak would be,” said Gaviria. She added that the county is prepared for mass distribution and mass vaccinations should the need arise. However, this might lag a few months behind the outbreak of a new flu strain because of the time needed to produce a vaccine.

Gaviria also said that health agencies are always watching for novel strains of the flu that might signal a particularly virulent or deadly version of the flu.

Preventing the flu essentially boils down to not coming in contact with the virus. In addition to avoiding contact with infected individuals, one of the best ways to avoid getting sick is to wash your hands thoroughly.

Vaccinations also reduce the likelihood of catching the flu and are recommended for those with weaker immune systems — especially children and the elderly.

Because the flu virus can mutate rapidly, new vaccines are developed and administered each year to combat the newest strains. A vaccine’s effectiveness depends on how little the flu has changed over the year.

Also, show some concern for those around you, so you don’t pass on the flu. Cough into your sleeve, and stay home when you are sick.