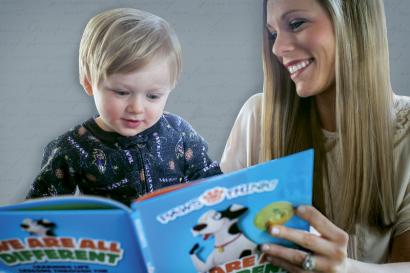 Local authors share their inspiration, motivation, and perception of creation

Trending to self-publish, taking ownership of their intellectual property, and independently controlling their content, four Hagerstown area authors have very different stories to tell— but share a common theme: They write what they know.

If you visit Patty Apostolides in her Hagerstown home, you will find her surrounded by a thousand books. Five of those titles are hers, including her latest volume of fiction, “Helena’s Choice.” The storyline was ripped from a headline involving a looted Grecian tomb and stolen gold sold outside of the country. Her character, Helena, is summoned from England to Greece to search for treasure. “Usually I have my heroine traveling so we see different cultures,” Patty says — a style point rooted in her Greek heritage and a plot line that mimics her personal history. Born in Piraeus, a port city on mainland Greece, she has set at least one of her novels in Lipsi where her parents were born. The characters and storyline lean toward autobiographical themes, she says. “That’s because I believe that first-time writers tend to put themselves in their stories.”

Patty came to the U.S. with her parents when she was 4. The family re-settled in Ohio, and she migrated to the Washington, D.C., metro area with her late husband, who was an economist. Nine years ago, the couple invested in a Hagerstown home. While she keeps a condo in Bethesda where she gathers with members of a writer’s group she directs, and plays viola with the Frederick Symphony Orchestra, she considers Hagerstown home. “I love it. It’s peaceful. It’s a beautiful place, clean air.”

Her home is one large organic office and she writes wherever and whenever the muse strikes. Though she says her teenage son has hijacked the dining room table where he completes his home-schooled studies, she gravitates toward the kitchen where she stands at a central island behind two computers — one on which she writes, the other she keeps handy for internet searches. “If I get tired, I move to the armchair, sometimes at night in bed, if I’m inspired,” she says.

With a master of fine arts degree in creative writing from National University, Patty has been writing for the last 17 years, and yet she continues to improve her skill set through online classes offered by coursera.org. Currently she’s editing biographies for two authors while she contemplates several literary fiction plots and develops a book from a completed screenplay set in Italy.

Look for “Helena’s Choice” and Patty Apostolides’ earlier works: “The Greek Maiden and the English Lord,” “The Lion and the Nurse,” “Lipsi’s Daughter,” and an anthology of poems, “Candlelit Journey: Poetry from the Heart” at the Smithsburg Library.

Like Patty, Susanne Seymoure is currently trying her hand working on a screenplay. Unlike Patty, though, Susanne is the central character in her memoir, “My Secrets from Heaven.” It’s another case of write what you know.

Susanne was 12 years old when a traumatic skiing accident took her life and then gave it back. She experienced the seldom seen to talk about — green rolling hills and a flowered meadow bathed in golden light — angels, and the hand of God. “When I was 12, I didn’t have a religious background,” Susanne says from her Thurmont home. “I don’t tell people what to believe, just believe in something. You can love Jesus. You can love the spirit world. Just love. Love is the connector.”

Susanne dedicates a space in her home where she writes — many letters to parents who have lost children and taken comfort in the story of her journey, and to others who share similar experiences. “My space allows me to meditate and relax so I can write from the heart and tune everything else out,” she says. Ranging from lavender walls and white billowy curtains indoors or the vast expanse of nearby mountain ranges, Susanne says, “I prefer to write in nature like Catoctin State Park by the water under a canopy of trees when the weather permits.”

Her story remained a family secret for decades. “The experience brought many great things to our lives,” she says, but her mother refused to sue the resort and did not wish for her daughter to relive the accident over and over again. “For her, it was about moving forward,” Susanne says. When her mother passed,Susanne revisited the secret. “I really hadn’t thought about writing. … I’m a nurse. I write CNN style and let people decide for themselves.”

Ironically, or not, in the days immediately following the completion of the book, Susanne suffered a massive heart attack. “The day they fixed me was Easter Sunday. Everybody said, ‘This story needs to get out.’”

With no real experience in the publishing world, Susanne signed with a publisher. The book, she says, sold like wildfire; but the publisher went out of business and what little money she was paid she donated to St. Jude Children’s Research Hospital. The original book is out of print but Susanne owns the rights to publish and now sells the book through Amazon’s print-on-demand CreateSpace software.

In spite of continuous challenges, Susanne finds respite in hardship. “If you’re facing adversity, you’re alive and well. I often tell people: Tell your secrets. I try to inspire their true stories. … My book’s about not judging. Everyone’s loved. That’s my purpose. After the heart attack, I’m still kind of curious how it goes and how it grows.”

The memoir is Susanne’s only book to date, and the memories are told from the perspective of the 12-year-old girl she was in 1975. But the screenplay she is currently drafting is autobiographical. It opens in a graveyard, where her grand-mother is interring an infant who died during childbirth.

Another Foot Near The Grave

Patricia Robinson’s forthcoming historical fantasy also opens in graveyards where she mines the nefarious realm of body snatching. Set in Edinburgh, Scotland in 1816, her hero, a young medical student robs graves of corpses to dissect for research — until he encounters the ghost of a woman whose body was just exhumed.

Writing runs through Patricia’s bloodline. Her mother and her uncle are also writers. “We bounce ideas off of one another,” she says. She works by day as a graphic designer and retreats to a second floor workspace inside her family’s 1849 home in Williamsport.

“I’ve got shelves full of reference books beside me.” Among them, some of the standouts are: “Burke and Hare: The Year of the Ghouls,” “Grave Disturbances,” “Anatomy Acts,” “The Encyclopedia of Scottish Executions: 1750 to 1963,” and “Scottish Body-snatchers.” She also keeps notebooks and uses a Wacom tablet to draw illustrations in computer programs when inspiration strikes.

For “The Reluctant Body Snatcher,” Patricia has lined up a prospective publisher and written some 40,000 words since she started the work four years ago. “I’m getting close to being finished,” she says. “I should be finished in the next year or so…maybe in the next several months.”

Her macabre fiction is far afield from the playful children’s book she wrote and illustrated when she was a girl of 12. But “Moo Moo the Super Hero Comes to Earth” may have foreshadowed her self-published, self-illustrated 2017 release: “I’m a Baby Squirrel.”

Squirrels are among Patricia’s favorite animals. In the wooded landscape near her historic Williamsport home, she placed ears of feed corn in the brush and began taking pictures of the squirrels that came out of hiding to eat and play, and posted her photos to a Facebook page she created cal-led Oliver P. Nutz and Friends. “It really took off,” Patricia says. With as many as 700 “likes” and growing, commenters wrote to implore her to “do something with them.”

“I’m a Baby Squirrel,” was also published with CreateSpace and is sold locally through the Washington County Arts Council  — but some of Patricia’s young readers are British children who rescue baby squirrels. The poem she wrote to accompany the images came to her in a single night, she says. “I keep a notebook by my bed.”

In The Small Hours

Miranda Mittleman’s poems came to her in a single night too. She weaves them into a pair of illustrated children’s books featuring her dog, Weaver. Miranda’s Paws and Think series tackles issues facing the pre-school set. In “I Am Important” and “We Are All Different,” Weaver overcomes a bout of self-esteem issues and resolves his identity crisis.

Miranda is hush-hush about the plot line, but she plans to release the third book in the series this summer. It, too, will feature a strong message that children can relate to: Be thankful for what you have.

Her ideas were inspired by walking Weaver around Baltimore, where she lived with her husband before relocating to Hagerstown. Now she draws inspiration from family outings with her toddler, and chalks up her success to a background in marketing. “In this industry it’s so much about networking and connections,” she says. Visiting as many as four pre-kindergarten to second grade classrooms each week, she distributes a pre-sale order to each student prior to her book reading, and delivers the autographed books to young readers. Each child also leaves with a bookmark.

“I like the visits to be interactive,” Miranda says. During her 25-minute presentation, she talks to students about the meaning of inspiration, reads, and allows time for questions. She also vends during family-friendly festivals where she meets parents, teachers, and independent bookstore owners. Her publisher, Mascot Books, has helped place her books in Barnes & Noble stores and on Amazon’s website and she is uber active on social media.

“I taught myself to build a website, that’s where the majority of sales come from — my website. This project involved a little bit of an investment on my end, but has opened up so many opportunities. The investment was well worth it,” she explains. Miranda shares some of her proceeds with nonprofits like the Maryland SPCA and the Baltimore Humane Society. With her third book, she’ll donate to a children’s literacy program. “It’s been a win-win,” she says. “They help promote my books on their social media …and more exposure leads to more sales.”

Weaver, now about two-and-a-half years old, accompanies his mistress to Barnes & Noble and some private school signings. “He’s so great with the kids. I think it’s great that kids can meet a real book author.” Meeting the main character is just a bonus.