Restoring The Past and Developing The Future 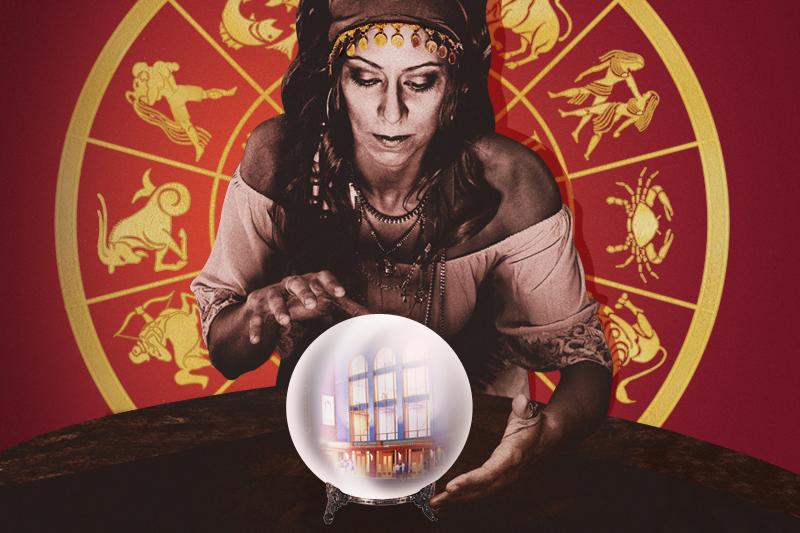 The Maryland Theatre‘s 30,000-square-foot expansion all but ensures its prolific reign over Hagerstown’s Historic Arts and Entertainment District, providing economic growth opportunities for both the 102-year-old theater and downtown Hagerstown.

The expansion continues to gain momentum toward its July 2018 groundbreaking goal, according to Maryland Theatre Executive Director Jessica Green. “The expansion continues toward preservation of the historic auditorium while increasing viable spaces and amenities to encourage additional patrons from within our community and beyond and add to their overall theater experience,” she explains.

The theater’s expansion ­plan has been 40 years in the making and is a combined effort of many dedicated  donors, patrons, theater volunteers and staff, and community partners. “It is a great celebration that realizes a vision for our community. It is quite fulfilling to be part of the process that brings the expansion forward and see the community come together to make it happen,” Benito Vattelana, Maryland Theatre board president, shares.

Architectural renderings of the expansion feature a traditional marquee sign, plus artistic elements of colored glass, diamond-shaped patterns, and gold accents inspired by the original theater and other features currently seen downtown. The theater has since received final approval from both the Maryland Historical Trust and Hagerstown Historic District Trust to move forward with construction once funds to complete the project are obtained. According to Jessica, the theater has already secured $7 million of the $13 million required expansion budget, with $500,000 committed by the city and the county each for design, $5 million designated by Maryland Gov. Larry Hogan for construction, and over $2 million in private donation commitments.

The theater is awaiting decision of its request for an additional $3 million in grant monies from the City of Hagerstown and Washington County with plans to achieve the remainder of its $6 million expansion budget requirement through its ongoing “Capital Campaign” fundraising efforts.

The expansion construction bidding processes began over the holiday season with the goal to finalize construction contracts by March when the theater plans to have all project funds secured.

Building On A Storied History

Approved theater expansions mean new opportunities for the 102-year-old Maryland Theatre, which happens to be the second largest and second oldest theater in the state. One of Maryland’s few remaining 20th century neoclassical theaters, the Maryland Theatre played a vital role in the growth of American entertainment, including the showing of America’s first talking picture, “The Jazz Singer,” which debuted in 1928. The theater subsequently showcased many vaudeville talents, including Burns and Allen. Prima ballerina Anna Pavlova performed on its stage, introducing Russian ballet to American audiences. The theater was also featured in the movie “Guarding Tess,” starring Nicholas Cage and Shirley MacLaine.

Fire destroyed the theater lobby in 1974, and the theater as a whole remained dor-mant until 1976 when Gerald N. Minnich bought it before it was subsequently sold to a contractor who wanted the building for its one million bricks.

Revitalization efforts lead by the late Jack Garrott brought the Maryland Theatre back to full-time operation in 1978; it has remained continually operational since, featuring well-known performers including The Temptations, Ray Charles, George Carlin, Blake Shelton, Kenny Rogers, Vince Gill, and The Beach Boys, among others.

The forthcoming expansions will add greater dimension to the theater’s prolific reign as the “Crown Jewel” of Hagerstown’s Arts and Entertainment District while continuing its entertainment legacy. “The expansions provide the theater with many opportunities to grow into a thriving performing arts complex through program expansions and better support for our existing clients and local nonprofits programming,” Jessica explains.

With the expansions, the historic auditorium’s 1,300-patron flow is vastly improved and offers increased accessibility for those with disabilities and better emergency egress. There will also be additional merchandise locations, concessions stands, and box office accommodations; plus, new restroom facilities, stairwells, and an elevator are planned.

With an increased building height to four stories, the Maryland Theatre expansions feature six additional spaces to be built and used to generate rental revenues through collaborations and partner-ships with regional businesses, institutions, organizations, and groups. “A small rehearsal studio which allows smaller arts asso-ciations with smaller budgets a viable option is part of the expansion. It will be used by Washington County Public Schools daily and other groups in the off hours to increase theater auditorium rentals,” states Jessica. The additional rehearsal space allows the theater to free up the main stage, allowing opportunities to expand its schedule of main-stage performances while affording smaller community groups performance stage access.

The expansion also calls for a new ballroom with a seating capacity for up to 300 attendees. “This space allows for seated banquets and includes a small performing space suited for vendor and trade shows which can work collaboratively with onstage events or as separate events with private amenities,” Jessica elaborates.

A cocktail lounge featuring a 40-foot-long custom wood inlaid bar has the dual purpose of being both a rental space as well as an additional serving area as a balcony concession space for large main-stage feature performances.

Additional theater expansions include a historic projection room to be used as a “Sky Box” or VIP Suite. “This space is ideal for dignitaries or the public to enjoy a theater performance privately, as it will be designed so attendees see the stage performance and hear it through a state-of-the-art sound system specifically designed for this room. It will also include a private bar space. The projection room is also ideal as a venue for networking events held by community businesses, organizations, and groups,” explains Jessica.

The theater expansion also opens the possibility of increased collaborations from within the community and beyond. “We discussed the possibility of the Maryland Symphony Orchestra offices moving on-site, as well as continuing to grow our relationship with the Board of Education once their project, which adjoins the theater’s expansion, becomes complete,” adds Jessica. “We are also speaking with the Visitor’s Bureau regarding conference-hosting opportunities, which would include the downtown as part of the conference hub, and incorporating its restaurants and cultural attractions into the conference agenda.”

Additionally, the expansion is creating new collaborations with the Chamber of Commerce, Washington County Museum of Fine Arts, and local theater groups. “Doubling the current available space will afford the theater many additional opportunities and partnerships to contribute to the economic growth of downtown Hagerstown. The expansion project represents a sustainable business model designed to support and augment the Urban Improvement Program (UIP),” adds Benito. The UIP includes involvement of the county, Washington County Public Schools, University System of Maryland, the City of Hagerstown, several private developers, and the theater expansion.

Expansion improvements allow the theater to compete with other larger venues outside the area and state, and increase downtown foot traffic. “The city estimates over $5 million annually in increased economic expenditures through the theater, dining, shopping, and other downtown activities based on theater expansion completion,” states Jessica. “The Maryland Theatre is a stage for every age, and this expansion will allow us to be that even more so.”