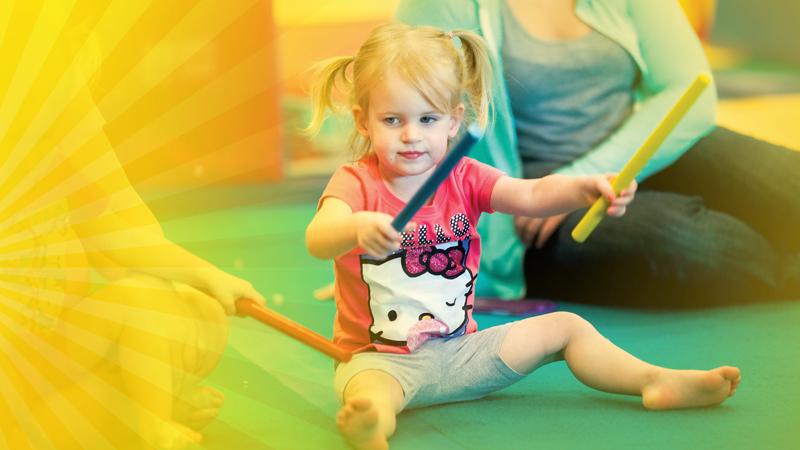 When Beth DeLauter watches her 10-year-old son, Devyn, play on his newly discovered turf, she lights up almost as brightly as he does. Devyn is autistic, which has placed certain limitations on him. But at Pediatric Movement Center in Hagerstown he can indulge in experiences he could have at few, if any, places. He hangs out on his own, with other special needs kids, or with “typically” developing kids.

His favorite room is filled with clear balls in a pit, lit by different colors. What’s most special about these balls is that he is the one lighting them up. He holds a foam cube with colors on each side that coordinate with the reds, blues, and yellows that set the balls aglow. 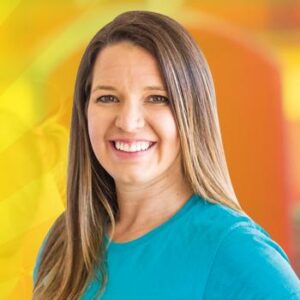 “The color of the top square coordinates with the color of the balls, so Devyn choses the color he wants by turning the cube. He was delighted when he discovered this. He’s not able to speak or tell us his thoughts, but he could lead something and do what he wanted, when he wanted, without us having to figure it out,” says Beth.This “Snoezelen room,” designed to stimulate multiple senses while having a calming effect, is one of many resources at the Pediatric Movement Center, which opened in March. The center is for typical kids and also accommodates those with special needs due mainly to developmental disorders, orthopedic, and spinal conditions. “Our mission is to bring kids of all abilities together so they can grow, build confidence, and learn to be accepting of everyone,” says Tina Snyder, a physical therapist and the center’s owner.

Kids of all types play together in an inclusive gym or take classes. They come for birthday parties, “mommy and me” paint nights, and kids nights out. There are also individual and group therapies for those who need them. They thrive physically and emotionally through movement and play, all the while exploring environments with their peers.

The inclusive classes, open to any child, are broken down by age group. Children from five months to 13 years engage in gymnastics, parent- child classes, art, and yoga. Private treatment rooms are equipped with therapeutic tools like swings with Lycra that provide firm input, or a harness suspended above a treadmill to help with walking. This is where children receive speech therapy, occupational therapy, and/or physical therapy, by working on skills like handwriting, balance, and social language.

The gym is a hot spot with pops of teal, as well as green, yellow, and blue mats. Kids balance on their bellies on a huge orange ball, rolling past a wall with a whimsical tree mural with leaves that seem to be blowing in the wind. To the far left is a climbing wall of faux rocks. As kids work their way toward the top, staff coax them to let their imagination loose. They point to the bright red mats below and tell them, “Watch out for that lava — don’t fall in!” They carefully descend and mount a nearby balance beam, which they might imagine as a horse. Or maybe it’s a plank; they can grab onto attached ropes to help themselves across.

“It’s about creativity and exploration, which have an impact on development. And it’s about providing a fun, interactive environment so kids don’t realize they are working hard, while they improve their coordination, balance, and gross motor skills,” says Tina.

Two-and-a-half-year-old Case Garner comes to the Pediatric Movement Center to learn to walk again following a virus that attacked his spinal cord. And he’s learning to speak after having a tube removed from his airway that he’d lived with since infancy due to a condition causing cysts.

He does individual speech therapy and individual physical therapy. And he attends gymnastics with kids of all abilities, while he is supported by a licensed therapist.

“I have seen his socialization increase dramatically because he can be with other kids his age. He has learned to take turns; he has learned patience and he learns these things from other kids,” says his mother, Jenna Garner. “But I’d say the most important thing is Case has the ability to move around differently than he would have to in a regular environment.”

He can engage his muscles in different ways, for instance on mats that simulate steps so he can practice stepping up. “He has an amazing opportunity to move, play, and grow in an environment we did not have, and all in one place,” says Jenna, who had been traveling to four different places for the services Case needs.

In addition to the individual therapy, there are two adaptive programs for children with intense needs where licensed therapists work with them while they engage in a group setting. One program is movement, with a focus on dance; the other is sports, which focuses on working in a team setting and on skills like throwing and catching. There are also three class offerings for children of all abilities and different age groups.

Describing the program for the youngest kids, gym director Danielle Maught says, “It’s a fun atmosphere for both parent and child where they bond while preparing kids for preschool [learning colors, letters, and numbers, and movements like forward rolls].”

For 3- to 7-year-olds there’s gymnastics, sports, and dance. This class is similar to the preschool prep classes, but without parents and features more structure and skills building. Classes for 6- to 13-year-olds are for more advanced skills building. “We offer free introductory classes so children can feel out the program. If it is not a fit, we will work to find another option where they will feel included, safe, and comfortable,” says Danielle.

The menu of options is a big part of what works for Beth, especially since it is not just Devyn who goes to the center. His twin brother Gavyn, who is also autistic, and the boys’ 9-year-old sister Nevaeh, who has no special needs, are regulars. “We have the convenience of making it work for our family dynamics. This is a place where they can all go together and find some-thing that speaks to each of their needs and interests,” says Beth.

Gavyn is a natural at sports. But others, who see him as different, have not readily accepted him, which has made it hard for him to participate in recreational activities. The staff at the Pediatric Movement Center is trained to be aware and teach the other kids to be the same.

“When he walks into the gym, there is pure joy. He’s made new friends. He is motivated to push himself to perfect his form,” says Beth. For her daughter Nevaeh, being with kids who are differently abled is nothing new. Autism is part of her life. But the true learning experience for her is she gets to work on her own goals and, like Gavyn, she thrives on getting to master her skills, says Beth. Plus, she gets to be herself, not just someone’s sister.

The whole setup is designed to be kid and parent friendly. Parents can watch through a large glass window while their little ones play and work in the gym.

And a waiting space has taken some of the exasperation out for Beth as well as her sons who have a hard time sitting still for long. They stay engaged with special accommodations like a compression canoe they climb into that gives a calming, gentle squeeze. It also helps with anxiety and sensory regulation for kids who are easily overstimulated.

Jenna, too, has found the center has been good for more than her son, Case. She is getting something out of it as his mother. “I have connect-ed with other parents, and we’ve become friends. And the staff makes it personal. They follow our stories on Facebook. They care and remember.”