Recounting A Town 225 Years in the Making 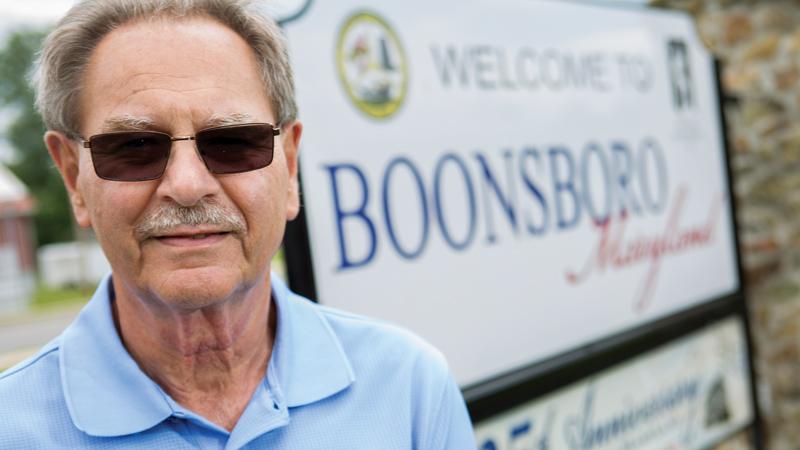 Boonsboro, or Boones Berry, (or maybe Margaretsville, depending on your allegiance to the past), turns 225 this year.

The year 1776 was the year of independence. The American colonies were engaged in a war of sovereignty and though prospects did not look good, a group of visionary men had met in Philadelphia to proclaim that the colonies were united and free from Great Britain’s control. Washington County also decided to break away from Frederick County and proclaim its own independence, and name itself after the general leading the colonies’ fight for independence. And, a young man named William Boone moved from Berks County to Washington County to settle his own homestead. From these actions would grow a mighty nation, a thriving Western Maryland county, and the small town of Boonsboro.

William Boone’s ancestry is almost as notable as his talents for settling land. His grandfather, George, was the uncle of frontiersman Daniel Boone, and William’s mother, Sara, was John Lincoln’s sister — who was Abraham Lincoln’s great-grandfather. In 1778, William married Susanna Parks, and the following year the two moved into a log cabin on a 100-acre farm, which surrounded what is now Potomac Street in Boonsboro.

The Making Of A Town

By 1791, William Boone started buying additional land, starting with 140 acres that lay along the wagon road from Fredericktown to Hagerstown. “We’re in a good location,” says George Messner, president of the Boonsboro Historical Society. “The topography and geography are ideal. We’re located midway between Frederick and Williamsport, which made it a stopover point for travelers.”

William’s brother, George, had also moved to the area, and the two Boone men began to plan a town on their property. Where the wagon road intersected another wagon road to Sharpsburg was marked as the center of town. They laid out 44 half-acre lots along that road, which became Main Street.

The first lot (No. 5) was sold for 5 pounds to Frederick Netal on Nov. 11, 1792, thus marking the beginning of Boones Berry. However, all of the lots were recorded in the county courthouse as Boonesberry Town or Town of Boons Berry. The town then went through a minor identity crisis as its name changed to Margaretsville (in honor of George Boone’s wife), Margaret Boones Ville, Boonesborough, and finally Boonsboro.

“Boonsboro had its early heyday because it was the source of several springs,” George Messner says. William died in 1798 knowing that the young town of Boonsboro would continue his legacy. He and his wife are buried behind the Trinity Reformed United Church of Christ on Potomac Street.

The town grew quite slowly at first. Although a hotel was built and a post office was established in 1801 (hotel proprietor Peter Conn was also named the first postmaster), Boonsboro only had 24 houses by 1803.

The U.S. Birthplace Of Macadam

The town’s growth spurt began with the construction of the National Road from Cumberland to Baltimore that passed through Main Street in town. The building of the first federal public works project began in 1811 and reached Vandalia, Ohio, in 1839. Around the same time, companies were chartered to build a turnpike from Baltimore to Cumberland. The completed turnpike brought wagons filled with settlers and other travelers through the town.

As part of the construction, macadam was used to finish the last unfinished section of the turnpike from Boonsboro to Hagerstown. The material was developed by Scottish engineer John McAdam in 1820. It uses crushed stone bound with stone dust that is compacted in layers. It was a state-of-the-art paving technology that quickly spread throughout the U.S., but it was first used in the country on a 10-mile stretch of turnpike.

With the turnpike completed, the town quickly grew to 707 by 1830. With a sizable population, Boonsboro incorporated, and the first election was held in 1831. For reference, its population now includes around 3,500 residents.

“The biggest highlight of the town was when the citizens of Boonsboro on July 4, 1827, marched up to Blue Rock and began erecting the first monument in honor of George Washington,” says  George. Most of the town’s 500 citizens assembled at the center of town at 7 a.m. “Behind the Stars and Stripes and stepping spiritedly to the music of a fife and drum corps, they marched two miles up the mountain to the monument site,” according to records on the monument’s website.

The Battle Of Antietam

During the Civil War, the larger buildings in Boonsboro were used as temporary hospitals when the deadliest day in U.S. history took place nearby during the Battle of Antietam. “A lot of troops went through here on their way to Antietam,” says Boonsboro Mayor Howard Long.

The town also cared for wounded soldiers from the Battle of South Mountain that took place before Antietam because it was so conveniently situated between these two battles. 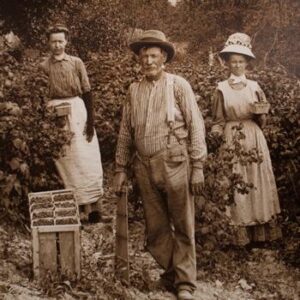 The Boonsboro Historical Society has started an effort to gather oral and written histories of long-time or former residents of Boonsboro. Luana Goodwin, a former resident of the town, is spearheading the effort to save the stories of Boonsboro, its buildings, its residents, and their lives. You can contact Luana at lugoodwin@icloud.com if you have a story you want to share or know someone who does.

Boonsboro formed a committee to plan events for the 225th anniversary in June of 2016. The events began on April 30 with a talk, music, and wine at the Big Cork Winery, and June 23 was Boonsboro Night at the Hagerstown Suns’ Municipal Stadium. “You have to give our people credit,” says Luana. “They have worked hard to make the town what it is.”

Commemorative Ceremony At The Washington Monument

Saturday, July 1, 11 a.m.
Washington Monument State Park,
6620 Zittlestown Road, Middletown
The Christian Ardinger Chapter of the Sons of the American Revolution will re-enact the laying of the original cornerstone at the Washington Monument on South Mountain.

Saturday, Sept. 16, 7 p.m.
G. Boone’s Event Center, 7704 Old National Pike, Boonsboro
Students from the Barbara Ingram School of the Arts will perform a play depicting the reunion of the Heck brothers between the battles of South Mountain and Antietam.