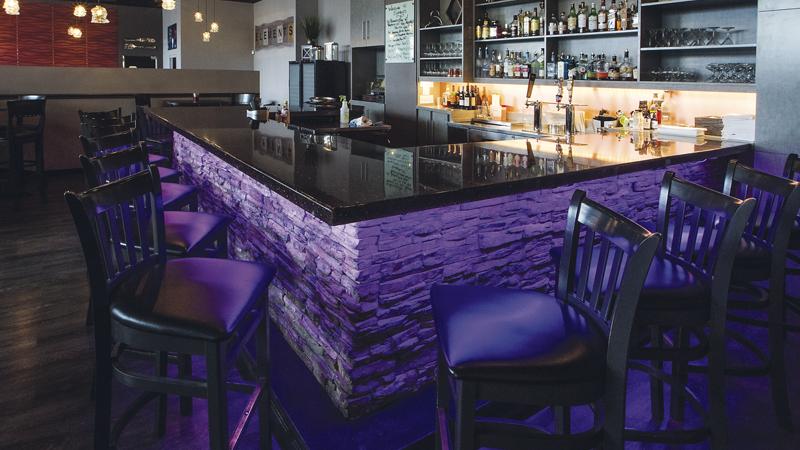 Chef John Wassil of Elements Café and Lounge is hitting his stride with artistic takes on new American cuisine.

The unique hand-blown glass light fixtures might be what you first notice when you walk into Elements Café and Lounge, but it’s the food that leaves a lasting impression. Located at 12916 Conamar Drive, the restaurant opened in October 2016 and has an elegant yet casual ambience with a mix of elegant and casual food to match. 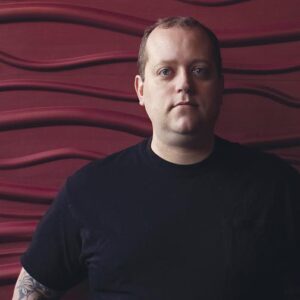 Executive Chef John Wassil, a native of Pennsylvania and graduate of Le Cordon Bleu of Pittsburgh, has brought his background in French, Asian, and Italian cuisine to the menu at Elements. “I like to use my training to put twists on classic recipes,” says John. “For example, we make gnocchi — a classic Italian dish — with roasted red pepper, spinach, shallots, and black garlic, which has a balsamic flavor.” The 15 years of culinary experience that led to John’s position at Elements also includes cooking duties at a Japanese steakhouse and an appearance on “Beat Bobby Flay” on the Food Network.

He’s developed a New American Cuisine style menu that includes seasonal ingredients and hand-cut steaks, house-ground burgers, and fresh fish, as well as vegetarian and vegan options. Seafood is a passion of John’s and he does that with his own twist as well, like the scallops with black Thai risotto, butternut squash, edamame, cashews, and a Sriracha sauce honey glaze; or the blackened salmon tacos with cilantro, a house slaw, and pineapple pico de gallo. Smaller portions include the stuffed Peppadew pepper with goat cheese, arugula, toasted almond, lemon vinaigrette, and radish available at the bar; burrata made with a pumpkin puree, roasted pepitas, arugula, a balsamic port reduction; and crostini or kataifi shrimp with pepper jelly aioli, cilantro, and apple slaw on the lunch menu. 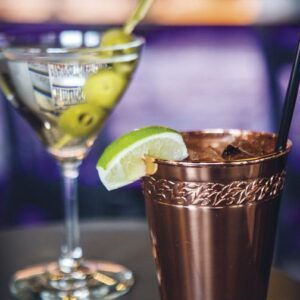 Hand-selected wines and seasonal cocktails are also elements John has focused on. “The wines are unique — you can’t just walk into a liquor store and buy them — and we infuse our own liquors to put into our cocktails,” he says. Current cocktail selections are the Elements on the Rye made with Bulleit rye, Cherry Heering, Aperol, lemon juice, and chili bitters, and the That’s My Jam concocted with Maker’s Mark bourbon, orange marmalade, ginger syrup, a lemon wedge, orange bitters, and carbon dioxide. The redesigned bar area has a draft system with four rotating draft selections, as well as domestic and imported bottles and craft beers.

John credits his love of the outdoors and nature for his appreciation of sustainability and locally sourced ingredients — something he’s been focused on by developing relationships with area farmers for more than a decade. “It’s a safety issue,” he says. “Using locally sourced food means you know where it came from and can trust it. I know the farmers and I also eat here every day and want to feel good about what I’m eating, and what I’m making for others. It’s building on the community.” John credits the steaks to Hoffman’s Quality Meats of Hagerstown, the goat cheese is from Pipe Dreams in Greencastle, Pa., produce is from Earth N Eats in Waynesboro, Pa., and the seafood is from Congressional Seafood Co. in Jessup.

John’s focus on the details means no chemicals are used in the kitchen, and the only things not made from scratch are the condiments. Even the desserts are both unique and hand crafted in-house. For instance, a signature dessert at Elements, the semifreddo, is a semi-frozen custard and whipped cream mixture with flavors folded in. The texture is like a mousse or a light and airy ice cream. Other customer favorites are the butterscotch pudding with brandy cherries, and the peanut butter and chocolate creme brulee.

Though he demands high-end ingredients, John stresses that customers won’t notice when they’re paying their check. “We have reasonable prices, daily specials, and even a kids menu. We’re a family-friendly café and lounge, but that doesn’t mean you won’t get a great meal.” The  daily specials for lunch and dinner, such as potato bacon crab soup, a roasted red pepper bisque, or fried oysters, are updated on Elements’ Facebook page, and that’s not to mention the weekly specials like ladies’ night and half-price bottles of wine deals. 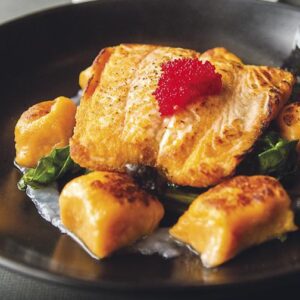 John credits the popularity of cooking shows with raising the expectations of diners, and he’s more than prepared to rise to the occasion. In addition to a menu that changes with the seasons, John also has additional vegan, vegetarian, and gluten-free options by request, and has made on-the-spot custom menus for patrons in the past. “We’ll do a ‘chef’s creation’ on the fly,” he says. “Service is really important. Even though we’re a casual restaurant, the service is fine dining-level service.”

Next up at Elements, where the name was inspired by the elements John uses in his cooking — fire, water, air — is to develop a patio area for outdoor eating. According to John, it will look completely different from the inside of the restaurant where the décor is understated and minimalist with a mix of booths, tables, and bar seating in dark colors. “We’ll have a lounge with happy hour at the patio bar and we’re building herb boxes to grow our own herbs outside.”

The Element Of Surprisingly Delicious Dishes