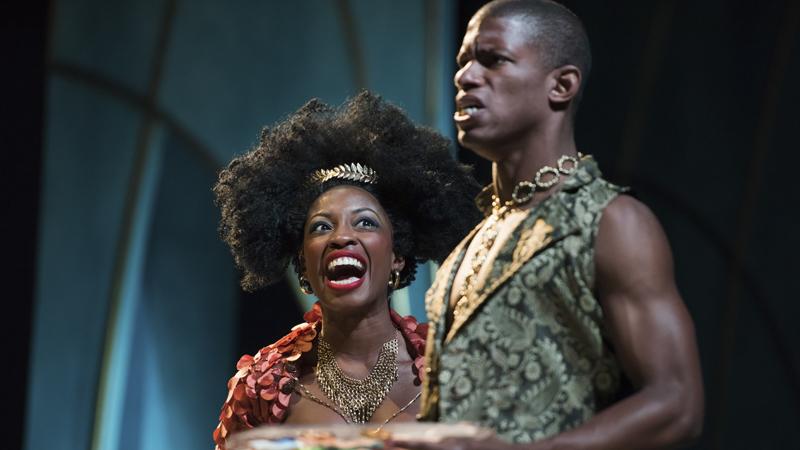 A primer and preview of Shepherdstown’s Contemporary American Theater Festival, which runs from July 7–30.

Ed Herendeen’s excitement is contagious. As founder and producing director of the Contemporary American Theater Festival (CATF), his love of art, culture, and storytelling conveyed via plays is apparent not only in his passionate conversation, but even through his body language.

When asked why he believes the Festival — entering its 27th season this summer — is so crucial to the community, Ed leans forward, unable to contain a grin. “Right now, more than ever, we need fearless art in our lives. Daring, diverse, entertaining stories are really the mechanism for us to understand the complex and changing world we live in. Plays are an intimate experience between the performer and the audience. They help us reflect on who we are and where we’re going.” 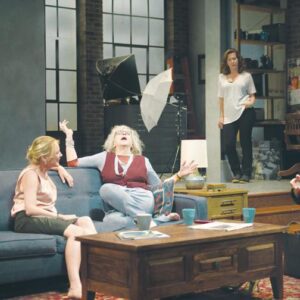 CATF has earned a national reputation for its production of new American work. The festival has received critical acclaim for the highest of production values. Ed and the dedicated full-time staff are passionate about introducing local residents to new work that has staying power. “We want to make theater affordable and accessible to our community. We are proud to introduce this bold new repertory to our local audiences to experience the future of American theater. The oldest town in West Virginia, producing the newest plays in America. You don’t need to travel hundreds, thousands of miles away to a major market to have this type of immersive theatrical experience. But this year, the plays are the thing, really.”

The Summer Of Six

The Contemporary American Theater Festival has produced over 115 plays including 43 world premieres and 10 commissions. Many plays have moved on to productions in major cities after their CATF premieres, some plays have even been made into feature films starring talent such as Ryan Gosling, George Clooney, and Billy Crudup. Ed has a keen eye for finding thought-provoking and daring scripts that capture the diverse American experience.

This year the decision was made to break from the traditional number of five unique plays. “We’re calling it our ‘Summer of Six’. Adding that sixth play is really crucial to conveying our commitment to producing new plays,” Ed says.

When asked which of the plays was added, Ed’s ever-present smile grows even wider. “It doesn’t matter. All of them have something unique to say. You know, it’s certainly not my place to discuss theme, meaning, or how a play is going to get into the audience’s blood. That’s something personal and unique to everyone. I will say, though, every selection is certain to get your wheels turning. In a sense, each is related to the others to create a spectrum of emotion. Do we have time to discuss all of them?” Absolutely.

by Chelsea Marcantel (World Premiere)
Is forgiveness possible in a family devastated by tragedy?
In this play, an Amish family is ravaged by a tragic accident, and an outsider seeks absolution and answers. Then there is the return of an excommunicated daughter and a shameful secret. As this tale unfolds, each must cling to their version of faith, conviction, and hope in an effort to move through life. Can true, sincere forgiveness provide the final reprieve each so desperately needs?

by Kara Lee Corthron (World Premiere)
Convoluted choices, complicated consequences — the Bronx in 1977 is riddled with them.
Would-be poet E. struggles with unemployment, sexuality, and his role as a young black man in a community ravaged by poverty and a family defeated by life. A troublesome opportunity arises to help alleviate his financial strain,
but the strings attached are life changing. Set against the backdrop of early hip-hop, a neighborhood ignored by city bureaucrats and soul-crushing daily decisions, “Welcome To Fear City” details a journey none of us should be forced to make — but may, at some point, need to.

“We Will Not Be Silent”

by David Meyers (World Premiere)
The true story of a German college student who led the only major act of civil disobedience during WWII.
A secretive nonviolent resistance group, The White Rose, attempts to reveal Hitler’s devious plans to ordinary Germans in 1943 Munich. Student Sophie Scholl is apprehended and questioned regarding her treasonous participation by a hardline Nazi interrogator. Can civil disobedience and commitment to the truth genuinely hinder the progress of evil? The moral beliefs of one young girl match wits with a dedicated investigator leading to life-changing results for both, with the fate of a nation hanging in the balance.

by Evan Linder
Can family still be family even when it’s not?
Even proud white trash in an economically challenged small town can find true love, but how will they both react when a secret is revealed that neither Jim nor Laurel ever expected? Full of an animated cast of characters, heart-tugging emotion, difficult decisions, pride, and laughter, “Byhalia, Mississippi” takes an unflinching look at what real family truly means.

by Allison Gregory (World Premiere)
Even girls can come of age in the 1970s.
A middle-aged mother recounts her teenage years in an emotionally moving, often hilarious, thought-provoking one-woman show. This view into 1970s suburban life details a girl on the cusp of womanhood struggling to find her identity in the midst of familial conflict, selecting the perfect moniker for the fabled “horse with no name” and of course that ever elusive first kiss.

by Eleanor Burgess
There are two sides to every opinion — and somewhere in the middle lurks the unfortunate truth.
A passionate millennial finds herself locking horns with a privileged feminist professor as each attempts to reveal and justify revisionist history, the ugly undercurrent of racism, and their differing generational viewpoints on society. Does real power rest in the revelation of the truth or conviction built upon years of hubris? 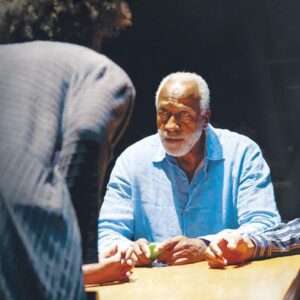 For over two decades, not only has the Contemporary American Theater Festival become known as the cultural gateway to the Mountain State, it’s also helped bring additional revenue to the local economy. “We’re very fortunate to have a home here at our artistic home at Shepherd University. Having a public liberal arts institution with such a rich history host the festival not only enables us to bring these quality works to the community, it also draws visitors from 37 states who are eager and hungry for the full theatrical experience,” Ed notes. Which means they’re also generally hungry, right?

“Guests coming to Shepherdstown definitely visit the coffee shops, the hotels, the restaurants. Visiting Shepherdstown is just as much of the experience…The festival generates roughly $3 million into our surrounding communities every single summer! That’s really incredible and quite humbling. At the same time, we realize the need to grow, to expand our reach past Hagerstown, Frederick, Philadelphia, Pittsburgh…San Francisco, even London. Patrons come from over the country, all over the world, in fact. But at the end of the day, our mission is really quite simple — to produce and develop new American theater while creating the ultimate theater experience.”

What To Expect If You’re Expecting To Go

“You can expect to experience six new American plays — all written within the last year — that are the snapshot of the diverse American landscape. Plays that make you think, plays that entertain you, plays that make you laugh and shiver, and plays that create the opportunity for you to have compelling conversations long after you leave the theater. That is what’s at the heart of our Festival,” Ed says.

The Contemporary American Theater Festival has always strived to keep attendance affordable. Full play packages range from $180–305 with generous discounts available for seniors, students, and military members. Single performance tickets range from $35–65 — also with a variety of discounts available. Group tickets range from $37–47 per performance. Also, from July 2 through July 6, CATF offers a series of “Pay What You Can” performances. Tickets go on sale one hour before the performance on a first-come, first-served basis. To learn more about tickets and pricing or to order tickets, please visit www.CATF.org.