A Novel Approach To End Bullying 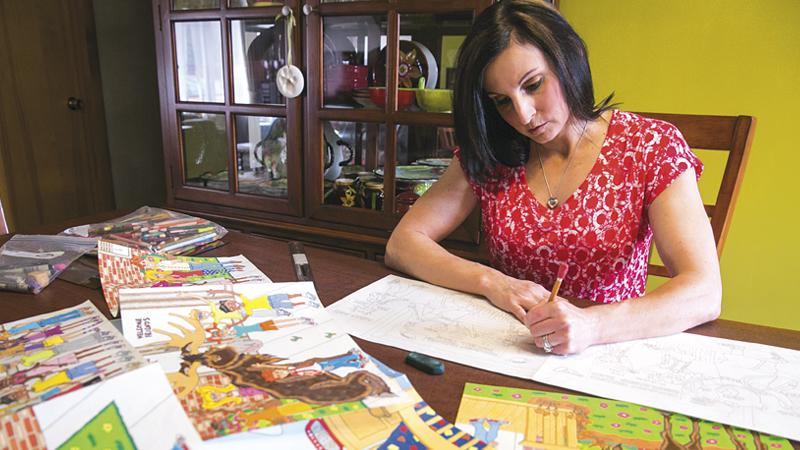 Stacy Einfalt is a writer and illustrator who has published three children’s books to educate young readers about the harmful and lasting effects of bullying. She self-published her first book titled “The Horse That Looked Different” in March of 2014. Her second book, “Be Buddies, Not Bullies” — which she co-wrote with Bud Collier — was released in July of 2015. And her third book, “Logan & The Lonesome Moose,” came out in October of 2016. With anti-bullying themes throughout each of the titles, all of them feature different underlying philosophies and unique inspirations.

In “The Horse That Looked Different,” the Brown family instantly falls in love with and welcomes into their farm Starlit, who is a spotted Appaloosa. But the family’s three chestnut quarter horses — Max, Milo, and Monty — aren’t quite as accepting of Starlit because he looks different from them. Stacy’s next book, “Be Buddies, Not Bullies,” centers around the first day of school for a group of young children with characters named Bully and Bella Bear. Their classmate, Willie Wolf, begins picking on a few of them and he soon finds out that being a bully isn’t so fun after all.

Stacy worked on her second book in collaboration with Bud Collier, who contacted her through Facebook. Bud came up with the initial characters and storyline and Stacy was given the authority to change as she saw fit. The book is dedicated to Bud’s daughter, Kandice, who was a victim of bullying and was tragically killed on Dec. 27, 2011. Stacy’s third book, “Logan & The Lonesome Moose,” is about a boy named Logan who is sad and unable to make friends because the other children tease him due to his speech delay. Stacy dedicated this book to her best friend’s 7-year-old son, Logan, who has a speech impediment.

For her third book, Stacy wanted to promote the message of seeing past a person’s disability instead of bullying them. “I’m passionate about bringing across a positive message that focuses on the issue of bullying through my stories to teach young children to be kind, empathetic, and respectful of one another,” Stacy says. Her passion and dedication to this anti-bullying campaign is as indispensable as ever in a time when stories about harassment and mistreatment of classmates are echoed on a seemingly nightly basis on television news programs.

Part of Stacy’s crusade involves reading her stories to children at schools, daycare centers, Head Start, and Boys & Girls Clubs in Washington County, and also surrounding areas like Nazareth, Pa., where she is originally from. While much of the joy from reading to classes is a natural byproduct of being able to share her stories, Stacy notes that the moments when a child thanks her for reading to the class, says they love the story, or remarks that the book is relatable because they experienced being bullied, those are the moments she cherishes.

Stacy’s inspiration is built upon the dream of wanting to make a positive impact in the world, and she feels blessed to be able to do that through her stories. She was one of seven women awarded the 2014 ABC 7 “Tribute To Working Women Award” sponsored by the WJLA News Station and Toyota for the work she did in the community reading her first story, “The Horse That Looked Different.”

While Stacy’s first love is drawing — specifically cartoon-like illustrations — writing isn’t something she knew she had a knack for, and the realization actually came as a surprise. It came to her when she was at her farm boarding her horse. Stacy was sitting near the pasture watching the horse graze, when a story idea suddenly came to her — and it was so clear the story practically wrote itself.

Stacy went to her car where she had a notebook and pen and began writing what became her first story, which was dedicated to her beloved horse, Gotcha, who passed away while she was working on the illustrations. Once Stacy was finished with the illustrations, she began researching and trying to contact publishing companies and publishing agents, which led to frustration and discouragement. That being said, once she wrote her first story and saw how she could incorporate a positive message about the issue of bullying, she began piecing together additional stories with new characters focusing on bullying that present a positive lesson for young readers.

After having had no luck in finding someone who would take interest in her story, she set the first manuscript to the side, but knew that it was something she didn’t want to just sit in a corner collecting dust. Shortly thereafter, she began researching self-publishing and has since self-published each of her books, which has been a surprisingly simple process, she says. Finding a way to publish her books without the help of an agent or fancy publisher has been paramount to being able to spread the positive messages she has worked so hard to create. Always grateful for any new invites or opportunities to share her stories with children, Stacy notes that she feels really good about being a writer and being able to entertain children with her stories and illustrations, while at the same time teaching a positive lesson.

An Appalling Path To A Similar Philosophy

Bud Collier of Houston, Texas, who co-wrote “Be Buddies, Not Bullies” with Stacy, experienced the nightmare of losing his daughter due to bullying, which has fueled his passion to raise awareness about bullying. Bud’s dedication is represented by leaving a book at every school, Boys and Girls club, and YMCA where his anti-bully program is taught, along with having story time for younger kids to teach the lessons of why bullying is not good behavior. 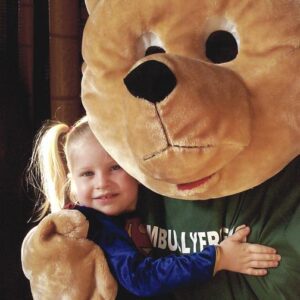 The Kids Directory is an organization in Houston that sponsors anti-bullying events and is a supporter of Bud’s mission. Since 2012, over 300,000 kids and families have attended these important events. In 2012, Bud started the website Imbullyfree.org and has worked with autism and down syndrome awareness events in Houston. Anti-bully/cyber-bullying briefings are given to the audience and it’s estimated that over 500,000 people have seen the briefings in the Houston area. The organization’s mascot, Bully Bear, is in Seattle, San Antonio, Texas, and Washington, D.C., and the advocates of those cities attend local events to spread information about the programs. Bud has also partnered with a woman’s fast pitch softball team from Missouri for whom Bully Bear is the mascot.  At each tournament, an Imbullyfree.org ambassador is in attendance to talk about bullying and have a special book reading for the young children. This article is dedicated to Bud Collier’s beautiful daughter, Kandice.