The Heritage & History Of Washington County 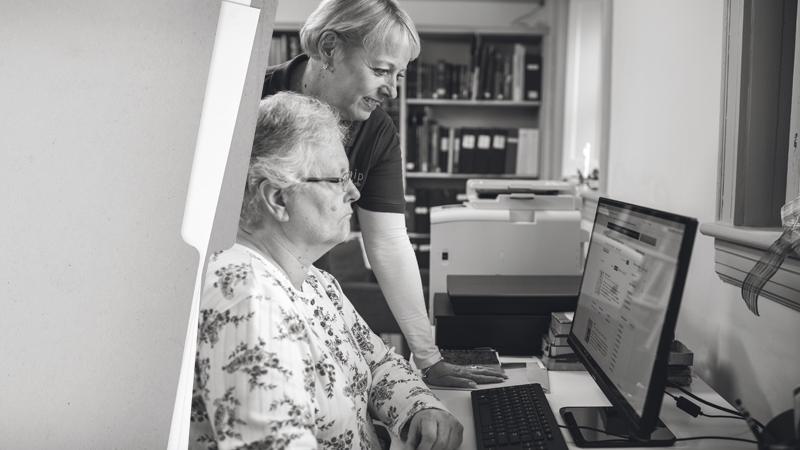 Researching your family tree begins with a seed and it’s you. From there, you can record information about yourself, your parents, and probably even your grandparents without too much trouble. Going beyond that, however, is where things begin to get difficult.

The historical society then underwent an 18-month renovation and fundraising process. On the mechanical side, lighting, furniture, carpets, and workspaces were all replaced. The building was repainted inside and the storage area was doubled. On the collection side, two dedicated computers and a laptop complete with online databases were added for genealogical research, and the various other items in the collection were organized so that they were easier to find. Along that line, the vertical files and family files were reorganized to make them easier to use, and a new printer and scanner capable of converting film negatives into positives was purchased.

“They went through their holdings to wean out items outside of local history and regional interest,” Bob says.

The Kinship Family Heritage Center officially opened in October 2016. Historical Society Board President Evelyn Williams and other historical society officials cut the ribbon, which opened the center with a weekend full of talk, activities, and tours this past October. “It had been a dream of the historical society for a long time to have a dedicated genealogy center,” says Washington County Historical Society Board Member Carol Miller-Schultz.

As part of the historical society’s efforts to help people trace their family history, local genealogist Jean Conte was hired part-time to work at the center. Not only is Jean available to show people the resources available at the library, but she holds “Hit the Brick Wall” sessions to help people whose research has hit an apparent dead end. “I help people fill in their ancestry puzzle,” Jean says. “Sometimes they can’t find the missing piece and that’s what I try to do. I look at things in a different way and get them to consider different angles for finding the information.”

Her job isn’t so much doing the research for someone, but giving them the tools, ideas, and direction to make a breakthrough on their own. Jean, who said she likes to research, enjoys using the physical resources available at the center more than the digital ones. “I like the paper research,” she says. “I find I can narrow things down better.”

In the instances where Jean can’t help someone find precise information, she will provide contextual information in the hopes that it might lead the researcher to a breakthrough from a different direction. “Part of genealogy is not just researching a family, but researching the footprint the family left in the community,” says Carol. Sometimes happening across those footprints is more difficult than others.

Just about a month after the center opened, a woman came in and serendipitously recognized her grandfather in an old photo that was on display, Bob says. Another researcher found a letter in the center’s collection that tied her Maryland family to a California-based branch of the family. A woman from North Carolina recently came to the center to research her family and was subsequently able to make a connection that not only allowed her to trace her family back to the 1600s, but she discovered that she was related to the Miller family who once owned the building where the Kinship Center is located.

As part of its new focus on genealogy, the Kinship Center has been providing lectures and workshops to help researchers sharpen their skills and learn new ones. The plan is to continue holding a one-day genealogy annual conference in October to help people get started on their journey into family research. Since the Kinship Center opened, traffic has been growing.

“Having a genealogy center has been a huge draw,” says Carol. “Ever since it opened, the place has been really busy with people coming in to use the resources.” Another attraction is that there is no fee to use the center’s resources. People still need to pay photocopying charges or fees to have the genealogist do research for them, but the cost of coming in and researching on your own was done away with.

Imagine watching an old movie from 75 years ago, and while looking to see if you recognized anyone, you instead see yourself as a teenager. That’s just what happened when the historical society took its film “Hagerstown 1941” around to senior centers and nursing homes.

The film was part of a promotional production called “See Yourself and Your Town in the Movies,” in which films were shot in various cities and then shown in local theaters. Hagerstown’s version was recently unearthed and donated to the historical society. It has been preserved on DVD, but the original film had no narration. The buildings, such as the Moller Pipe Organ Factory, can be identified, but not the people. To get help recognizing the individuals preserved in celluloid, the historical society has been showing the film at places where senior citizens can view it and hopefully identify some of the people.

“One scene caught a group of people coming out of a church,” Bob says. “One person in the audience pointed to a teenager in the group and said, ‘Hey, that’s me.’ He didn’t even remember the film being shot.” The DVD version of the film has been overlaid with the identification of the various buildings and 1940s music,­­ and is being sold as a fundraiser for the historical society.

Another rare film that the historical society has managed to preserve is a short three-minute film of downtown Hagerstown shot in 1918.

It shows the Maryland Theater and a sign for three vaudeville shows appearing there as well as the Hagerstown Shoe and Legging Company. “The Library of Congress told us that it was an expensive format to transfer,” Bob says. “It was going to cost us $3,000 for just three minutes — but we found a more-affordable way.” Other historical films in the collection include a 1929 film showing the Clear Spring High School girls volleyball team and a 1947 film of the Colonial Hotel fire.

The historical society is also actively seeking people to interview for their oral history collection. “If you would like to preserve your story of growing up, attending school, working, or living in Washington County, contact the historical society.