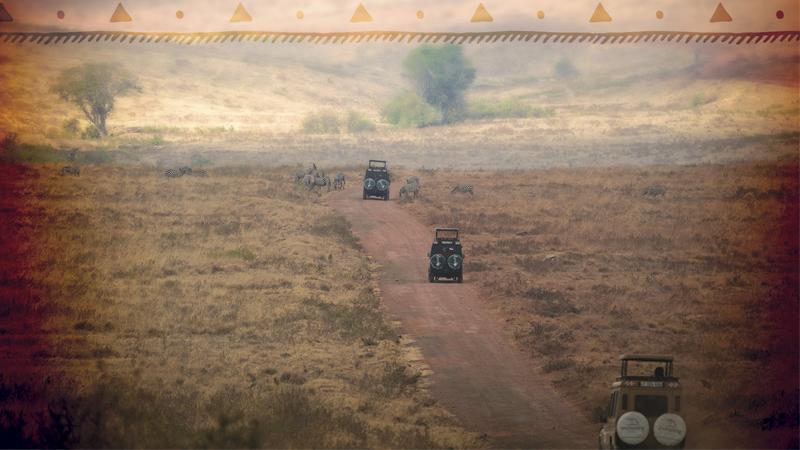 Local men and women reflect on their experiences of embarking on one of the great adventures of our time.

Many people dream of an African safari, seeing incredible animals, and witnessing different cultures. Although adventure is always high, the cost has never been lower to visit, photograph, or hunt in Africa. My first trip to Zimbabwe and South Africa was in 1994 — and since then, my wife and I try to share this experience with as many friends as possible.

When The Doctor Was Out

Dr. Robert Nitzell was an old Hagerstown Jay­­cee friend, and while checking my teeth during the bi-annual visits, he often asked about Africa and vowed when he retired that he’d like to go along for a trip. Over time, he had collected enough frequent flier miles to book a flight, and so we set out to South Africa and then on to Namibia. Bob and I took sleeping pills for the last segment and were so disoriented upon landing that we missed our connecting flight. Luckily, we were able to catch the next one to Windhoek, Namibia, and then embarked on the six-hour drive to camp.

“I had never been in Africa and didn’t know a thing about what to expect,” Bob remembers. “It wasn’t luxurious, yet the natives were very friendly. The food was good, and everyone was very helpful.” Bob wasn’t a hunter, but accompanied me to the bowhunting blinds where we waited for game. “That made a real impression,” he says. “You had to be still and quiet to see those animals coming by. The birds were just gorgeous. We took a book for birding and I’d never seen anything quite like that — so different from here. It was fantastic. The abundance of game was another thing. They didn’t know we were there and they came so close.”

A Memory For The Lanes

I met Walt and Krista Lane at the annual Mason-Dixon Safari Club International banquet five years ago at the Hagerstown Elks Lodge, and eventually our conversation turned to Africa. They almost bought a trip that evening at the auction, but wound up putting it on their bucket list as something they wanted to do in the future. Several years later, we confirmed a trip to Namibia to consummate that dream.

“It was absolutely magical,” reminisces Walt. “When I got boots on the ground in Namibia, I couldn’t stop smiling. It was everything I thought it would be like when I was a kid thinking of going there. The game populations and the opportunity to take the animals I did was extraordinary.”

Walt, a pharmacist in McConnellsburg, Pa., remembers it to be completely enthralling, with no shortage of creature comforts. “The tribesmen could speak our language and were easy to talk to. We were treated like royalty,” Walt says. Krista accompanied Walt every day, and when the hunt was over their hosts took the Lanes to a game reserve where they were just 50 yards from a male lion and hippo. “The host even took me bird hunting one day to entertain me,” Walt adds.

African safaris are full-service programs with great attention to detail. When the Lanes were bumped from a flight, the safari camp owner raised such a fuss that they received first class tickets back to Johannesburg. “The camp life had all the luxury of home, people serving us food, and always looking out for us. I’ve never been treated better on a hunting trip,” Walt says.  “You can see details first-hand at www.agagia.com and on Facebook.”

One of the most colorful groups accompanying me for a visit to Africa included Hagerstown’s Rick Toms and his son Brent, who had just graduated from college. Also with us was my wife Vel, two of her friends, Randy Fogle — who was the foreman during the Quecreek Mine rescue in 2002 — and fellow miner John Unger.

“I had just graduated from college and the trip was a present from my dad,” remembers Brent enthusiastically. “I didn’t know what I was walking into since some parts of Africa aren’t as good. Every place we went, the reserves were perfect and I couldn’t have asked for a better trip — just to see the animals, much less hunt and be there with my dad,” Brent adds.

One of Brent’s clearest memories is heading out on an excursion on the Limpopo River, near Zimbabwe, to see wildlife. The boating trip was halted for a lunch on the shores with lavish tables and a fire-cooked meal, he recalls. “It was really cool to do. I remember going into the curio shops where you can see all the garb from Africa, kudus on the walls, and tribal jewelry — not a typical walk in the park,” Brent says.

Brent has since contemplated a return trip, but wants to make sure his father can accompany him again. “It was so exciting to leave here in summer and find winter down there. I remember hunting the kudu that seemed 15 feet tall — an experience I’ll never, never forget. Plus, it was fun to go with a group. When you go with a cool group like that it’s ten times better; it makes it all worth the while.”

The story of Cecil the lion made international headlines in 2015 when a dentist hunting in Zimbabwe with a crossbow killed Cecil, who was a big attraction at Hwange National Park, and being studied and tracked by the University of Oxford. Though the dentist had a hunting permit and was not prosecuted in relation to the hunt, the two men who led him on the hunt were initially charged with failing to stop an illegal hunt.

This all unfolded just months before dentist Ed Beachley left for Africa with his wife, Betsy, to hunt with a crossbow — a coincidence more than one of his friends noticed. Despite the friendly ribbing, Ed remained steadfast in his desire to make the trip. “Growing up, my parents were big travelers and this was my first chance to put travel and hunting together,” he says.

In the end, it couldn’t have turned out much better. “The whole experience of the safari was new — you are roughing it somewhat with the comforts of home. The accommodations were rustic but luxurious, and our wives came along and got to experience the camp.”

Although unfamiliar, the sheer variety of game was beguiling to Ed, as was being able to share the experience with his wife. “Betsy loves to travel and was a bit reluctant since the hunting trip was new to her, but she found it ‘peaceful and beautiful’ and she got to spend an afternoon hunting with me,” he says.

“The host was great, the camps were clean and well kept, and the campfires were lots of fun where we ate the game at night we shot during the day. We are used to going to a tourist hotel whereas this was more like being invited into a person’s house, giving a better feel of the culture,” recalls Ed. What’s more, both left Africa with a better understanding about wildlife management and the many factors that affect animal populations.

The More The Merrier

Don and Anne Wilson of Hagerstown are retired school counselors and lifelong friends. Don took his family to Africa on safari six years earlier, but it wasn’t very successful and he was anxious to go again — especially when Dr. Beachley and his wife Betsy joined the team.

“I went on the trip as a non-hunter,” says Anne. “The accommodations were extremely good and the operator made special accommodations for non-hunters by providing extra food, entertained, and often checking on us. The food was excellent, the accommodations were clean and interesting. I wanted accessibility and extra lighting and he provided what we needed,” Anne says. “I want to mention too that the owner was very careful about safety for animals, the environment, and the people who were there.”

Rassie Erasmus, a professional hunter and safari operation owner showed Anne around the property. “I’m an artist and he took me to vantage points for drawings, took us to town, talked to us about the interesting vegetation, and gave us a side trip to visit an ancient Bushman dwelling,” she says. Rassie was also very conscientious about letting the guests take their time in the mornings and evenings, and built a lot of camaraderie around the campfires where the group enjoyed food and fun, Anne says.

Anne’s husband, Don, was equally positive about the trip. “It was wonderful, like Christmas for hunters; an adventure, like landing on another planet, seeing all types of rocks, animals, and the experience of freedom and wildness,” he says. Despite the vast array of game, Don says they never felt unsafe thanks to the guides who were on hand. “We took side trips; our dentist friend went jogging.

We did good things for management by taking older animals beyond their breeding years. I give it five stars,” Don says.

As alluring as an African safari can be, the long plane ride discourages many potential visitors — needlessly in my view. We prefer South African Airways, which leaves Dulles International Airport in late afternoon and lands in Central Africa around midnight. On this eight-hour first leg, you can watch unlimited movies on your personal video screen, enjoy unlimited drinks, and food that’s clearly superior to what domestic airlines serve. Briefly, have dinner, a drink or two, watch three movies, and boom, you’re there!

The second half of the trip begins with another dinner followed by a dark cabin where most people sleep. You’ll awake for breakfast before landing in late afternoon — South African time — the following day. Although you may be able to connect to another city, we opt for a motel to help our bodies accommodate to the time change. Last trip, we archers stayed at the Arrow Guest Lodge (how appropriate) which was comfortable, included a great breakfast and cost a mere $80. So, what are you waiting for? The adventure is out there waiting for you.