In It For The Long Haul 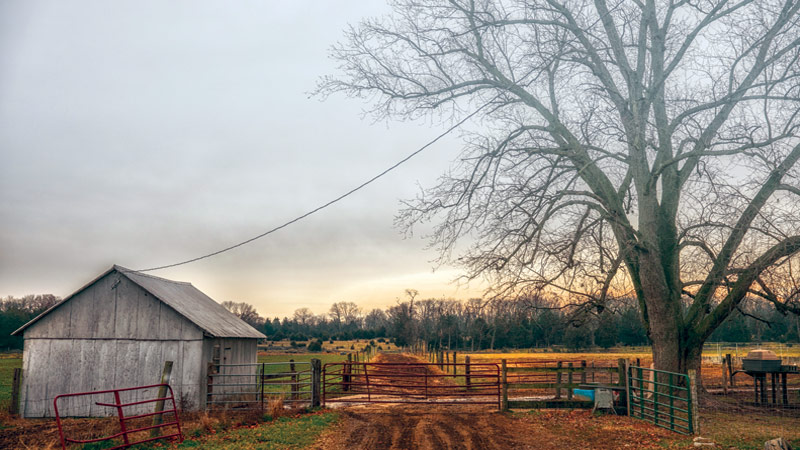 If you’re a farmer, there are a number of annual awards in agriculture that you can earn—maybe to make up for the fact that financial rewards are definitely far fewer in farming.

Two things make the annual Washington County Farm of the Year stand out as a special award. First, it’s a unique local award, bestowed only upon Washington County’s own. Secondly, it’s one of the few awards anywhere that requires “giving back” as a consideration for selection.

The Farm of the Year award recognizes one outstanding farm and farm family that exemplify the heritage of farming in Washington County. The award is the brainchild of Leslie Hart, Agricultural Business Development Specialist for the county. “We wanted to showcase agriculture in the county, and to highlight farmers who give back to their community and are sometimes overlooked,” she says. In addition to showcasing excellence in agriculture, the award’s purpose is to promote “a greater understanding of the challenges faced by today’s farmers,” according to the award application. 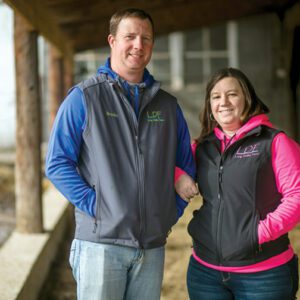 As well as the “giving back” requirement, the criteria for the award includes areas such as proficiency in agricultural production, conservation, dedication to agriculture, and planning for the next generation, along with a farm visit. With that in mind, it’s no wonder that Long DeLite Farm in Williamsport — a dairy farm owned and operated by Brooks and Katie Long — is the 2017 Washington County Farm of the Year. In fact, given that the farm and the Longs are so highly regarded within the dairy farmer community as well as the community at large, the question might be why did it take so long for them to receive the recognition? Simple answer: They were always so busy farming they never got around to filling out the application.

Brooks is the seventh generation to work their land. Family research has shown that one Isaac Long Jr. bought “Conococheague Manor” — 500 acres in all — from one William Schle in 1832. That purchase includes what is today Long DeLite’s bucolic pastures. The name “Long DeLite” came from Brooks’ grandfather, Lawrence, who named the farm in the late ’60s or early ’70s when the farm began raising registered cattle, says Brooks. Lawrence passed away in 2015 at the age of 93.

Today, Brooks and Katie, with some part-time help from Brooks’ father, Galen, care for and milk around 60 head of cows (Brooks’ mother is Cindy Long, of Cindy’s Sweets and DeLite-Ful Treats in the Valley Mall; see Hagerstown magazine Nov./Dec. 2016’s cover story). Brooks and Katie took over operation of the family farm from Galen and Cindy in 2009.

The Longs’ dairy herd includes breeds especially suited for a mostly grass-based diet (as opposed to a grain-based diet): Jersey and Jersey crosses, Swedish Reds, American Linebacks (called so because of the distinctive white lines down the back of their black bodies), Dutch Belted, and various “Heinz 57” varieties as Brooks calls them, crossbreds bred for optimum milk production. The cows are grazed rotationally on the farm’s beautiful pastures, producing what many would say is especially flavorful milk over non-grass-based production methods.

Katie Long comes from a dairy farming background as well: Her family owns Misty Meadow Farm Creamery in Smithsburg (which was the Washington County Farm of the Year several years ago). In addition to helping Brooks with the farm chores, Katie operates Farmhouse Stitches from the farm, offering custom screen-printing and embroidery.

Both son Kaleb, 11, and daughter Brielle, 9, are active in 4-H and have their farm chores, but it’s not clear if they will be the eighth generation to farm Long DeLite. Katie and Brooks feel it’s important not to push their kids into farming. “You can only be a good farmer if you really want it,” Brooks says. At the present time, Brooks shares, Kaleb is aiming at becoming a professional baseball player; Brielle is undecided. 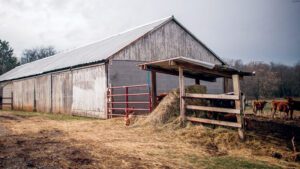 The economics of farming generally, combined with the precariousness of milk prices, is always a challenge for dairy farmers. It’s difficult to prepare a budget when expenses increase and are known costs, but revenues are a question mark since milk prices can’t be accurately forecast. Although 2014 was a good year, the last two years have been sub-cost of production, meaning, simply put, it costs more to produce the milk than it can be sold for. That’s a difficult business model to sustain.

So, with an eye to the farm’s future — and that of their kids should Kaleb and Brielle decide to follow in their parents’ footsteps — Brooks and Katie are developing plans to open a farm store at Long DeLite, selling bottled milk that will be processed on the farm. Brooks aims to show people just how delicious farm-fresh milk is. “When people taste regular homogenized milk from the grocery store or even those “ultra-pasteurized” milks (milk that has been ultra-heated beyond standard pasteurization to extend shelf life) they think milk has no taste. We want to change that perception with our milk.” Note that this is not raw milk, which is illegal to sell in Maryland owing to the risks of bacteria, but fresh-but-still-pasteurized milk from the farm where you can actually see the cows that provided it. 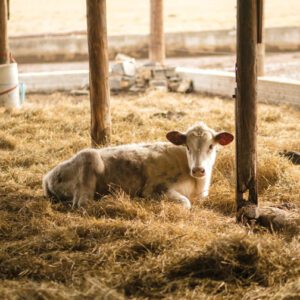 The farm store will offer other dairy products — ice cream is at the top of the list — and will eventually offer products from other farmers, with beef and pork, and perhaps lamb being among the offerings. Items from Katie’s Farmhouse Stitches will be available too. Rather than siting the store right by the road that passes in front of the farm, Brooks plans to place it well inside — actually in a pasture — so customers can see where their purchases come from.

Aside from being an additional revenue stream for the farm, the store will also serve to help what Brooks and Katie have been doing as part of their “giving back” — provide a much-needed educational component for a public that is increasingly interested in knowing where their food comes from, and the issues faced by those in the agricultural community.

To that end, Long DeLite Farm holds annual free open house events, inviting the public to come and visit. Perhaps even more important, though, are the topics Brooks is happy to discuss with visitors in the all-day program. “Are there antibiotics or hormones in my milk?” “What are the risks and benefits of raw milk?” “What about GMOs?”

Spending time with Brooks and Katie at Long DeLite Farm makes it clear just how deep their dedication is to farming, and to the promotion called for in the award’s application titled  “A greater understanding of the challenges faced by today’s farmers.” In Brooks and Katie, and Long Delite Farm as a whole, the 2017 Washington County Farm of the Year award went to the right folks to aid in that understanding.