Giving Their Best On Your Worst Day 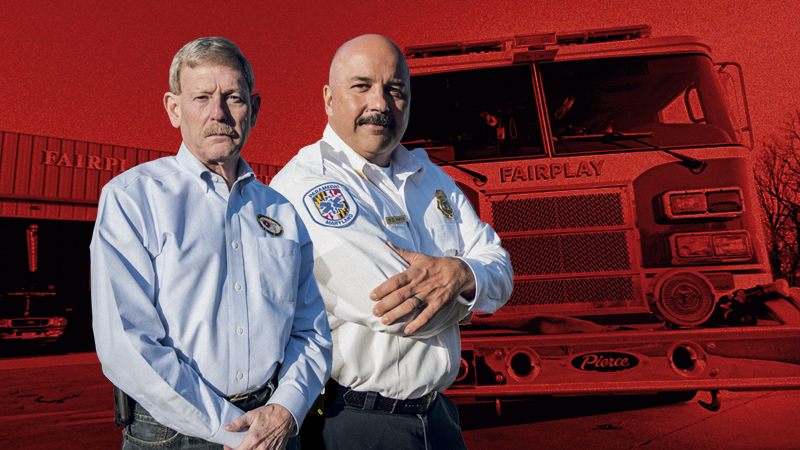 Fairplay restores emergency services in the form of the Community Volunteer Fire Company of District 12.

“Washington County 911 Emergency,” says the voice at the other end of the phone, bringing you out of the shock of the event. As you answer the questions determining your emergency, the codes go out over the radio and to the waiting pagers of the volunteers of the Community Volunteer Fire Department of District 12. They are salesmen, mechanics, administrators, truck drivers, police officers — career responders who work down the road and many other occupations with families, mortgages and lawns to mow, but right now they are ready to volunteer their time and risk their lives to help you during your worst day.

They jump into their waiting turnout gear, check their SCBA air tanks and masks, and board the engine as the bay door slowly rises, letting in the late afternoon sun. Above the din of the siren, with a blaze of red and white lights, they race to your location thinking only of how they will help you, without pay, without a thank you, but knowing they are trained, experienced, and will do their best to mitigate your emergency.

It has been four long years, but after a lot of hard work, the Washington County Commissioners put the Community Volunteer Fire Company of District 12 back into service on Oct. 29. “It was vital to get the community’s fire company back in service,” says Chief Mark Kopp. “Every community needs it own fire company, and this was no exception.” Other organizations and fire companies were answering the calls for the area, and were traveling an additional six or seven miles to respond. While the provisional stopgap proved acceptable, a handful of extra miles between the station and an emergency can be critical. “Both in EMS (Emergency Medical Services) and structural firefighting, three minutes can make a vital world of difference,” says Mark.

Making that world of difference is what brought the fire company back. “It is still 100 percent volunteer here,” Mark continues. “In these last months we have grown from 60 to over 200 members, including both responders and those handling administrative stuff and fund raising.” In all, Mark says there are now 65 certified responders trained for fire suppression, EMS, or both, volunteering for the Fire Company of District 12. 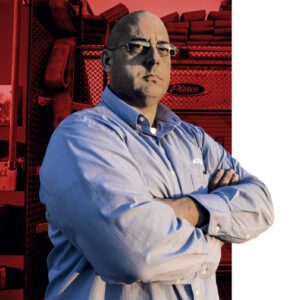 It takes more than just the company members to make a local fire company work, and the local community has a strong presence. “We have had strong support from the community and the businesses from surrounding areas,” Mark says. “Everyone is 100 percent bending over backward to support us, make us viable, and moving forward, to make this the best organization it can be.”

“It was a very uphill battle to get them back into service,” says Dale Hill, first vice president of the Washington County Volunteer Fire and Rescue Association. Over the years, some original members who stayed the course after the suspension were joined by new volunteers, which has since added up to a more viable fire company up to the task of serving and protecting the area’s residents, Dale adds.

“The biggest accolades go to the citizens group who have worked for the last four years to bring this company back,” says R. David Hays, director of the Washington County Department of Emergency Services. Ultimately, it was the court decision, which installed new leadership at the company that allowed sound financial and business decisions for the use of taxpayer money. “For us, having them back is a manpower issue, adding a physical resource to the county — especially the tanker, which is seven or eight miles closer in that area — that had not been available in the last four years,” he adds.

“I believe in the company and that with the right direction and leadership, we could make this fire company a great organization, not one that would be tied down or held back,” says Mark. “This is 2016 and the fire service, policies, and training has changed. It has gone from being just a fire service to a multifaceted organization that responds to fires, hazardous material spills, accidents, and medical emergency calls,” says Mark, who has been in the fire service since he was 13 years old.

As of the beginning of December, the Fire Company was operational less than a month, but had gotten up to speed quickly. “We have run 29 calls since we reopened and we have had no failures,” says Mark. The calls have ranged from first responder medical dispatches, to auto accidents and structure fires. “We were part of the two-alarm fire at Doey’s House, and even when we have the least amount of coverage, which is during the day, we were able to clear the house and cover back to back calls,” Mark reports. “We are averaging about seven volunteers per call, which is a little above the county average, but just like the tides that will ebb and flow,” he adds.

Though he admits he’s still learning how much effort it takes to run a fire company, Mark says his experience as a chief officer in other organizations has helped him prepare for the massive undertaking of reviving an organization that has been dismantled for four years. “We improvised, adapted, and overcame to be here now,” Mark says. “The community deserves to have an open facility where people can come see what their dollars are going for, to keep our operation transparent, and keep up to the Washington County standards,” he adds.

“We want people to feel safe knowing that we have trained personnel waiting to answer the alarm when it goes off.”

Volunteering has been a byword for the Washington County Fire Service since its inception.  The Community Volunteer Fire Company of District 12 (formerly known as the Fairplay Volunteer Fire Company) was founded in 1947 — allegedly because a resident caught his pants on fire and there was no one to put it out. The company started with simple buckets before adding a fire engine to its inventory, and operated until 2012 when the County Commissioners closed it down.

The restored operational staff was set up by the court-ordered receivership, with Mark Kopp as interim chief; Robert Asper as deputy chief; Corey Lescalleet as captain; and Robert Gordon as lieutenant. Officer elections have since been held, allowing for the removal of “interim” before Mark Kopp’s title of chief, Robert Gordon was named assistant chief, and Jeb Eckstine was elected president, and together they have already begun the operational and administrative running of the company.

“The volunteer system in Washington County saves the tax payers millions and millions of dollars by the donation of time by the volunteers,” says James Sprecher Jr. “People volunteer to lend assistance to people on the worst day of their life. They do it out of altruism due to their commitment to the community. It doesn’t involve a paycheck; it is a sacrifice and very underappreciated,” he adds.

The company is anxious to meet and serve its community. “I want people to know it is their fire company; it is not the president’s, or mine. It belongs to the community, so don’t hesitate to call,” says Mark. “We train weekly on Tuesday night, and the first Tuesday of the month is our meeting night. Our doors are open. We will never turn anyone away.” While acknowledging the busy lives people lead, Mark notes that the fire company is always searching for additional volunteers. “Whether it is to do paperwork, fundraising, or if you want to be a responder, we have free top-notch training through the Maryland Fire and Rescue Institute,” he says.

A Clear Path To Success

“We want to continue to rely on the volunteer contributions and we will try to provide the supportive resources to help the volunteers be successful,” adds Director R. David Hays. “The willingness of the new leadership to work with county government and the Washington County Volunteer Fire and Rescue Association on any objectives — including governance, oversight, financial accountability, and using best practices in their operations — is what we all want.”

“We are operating with a small amount of funds and we are trying to get grants from the Maryland State Firemen’s Association and others,” Mark says. “We want the community to know this is not the old fire company and there is a reason that the front windshields are larger than the rear as we look forward not back. We want people to feel safe knowing that we have trained personnel waiting to answer the alarm when it goes off,” Mark concludes.