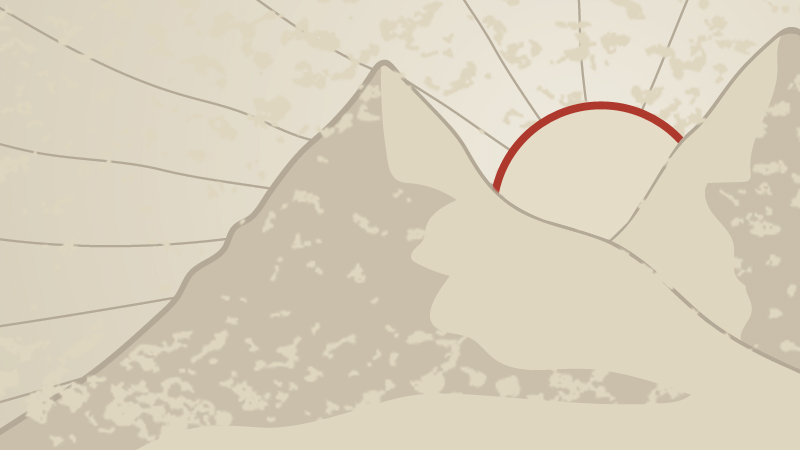 Little Heiskell Ski Club is nearing a half-century of fostering fun on and off the slopes, and supporting the community.

No doubt you’ve heard the predictions for a cold and snowy winter ahead, and if one of your passions happens to include skiing, you’re probably rejoicing at the forecast. If so, you’re in good company because just as in previous years, Hagerstown’s local ski club has been looking forward to ski season for months.

The Little Heiskell Ski Club, which will celebrate its 50th anniversary next spring, was founded in March 1967 by Bill Clowser Sr., who owned Bikle’s Ski Shop in downtown Hagerstown for many years. 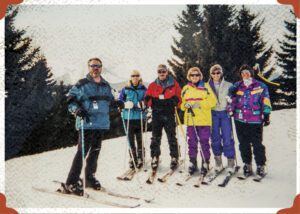 Little Heiskell Ski Club (LHSC), also known informally as Hagerstown Ski Club, is a member of the Blue Ridge Ski Council, a regional group of ski clubs in Maryland, Pennsylvania, Virginia, West Virginia, and Washington, D.C., which represents over 5,000 skiers in the region, according to their website. Though Hagerstown’s LHSC had just 15 members as of mid-September, it averages about 45 to 50 members at the height of the season every year, says membership chairwoman Kathy Sortore. For the uninitiated, peak season is considered to be January and February.

Of the LHSC’s member base, there even are a couple of original members who are still active in the club. D. Blaine Weaver and Dave Berger — both in their 80s—look forward to the club-sponsored ski trips every year, and both still ski “elegantly,” according to fellow club members.

More Than Meets The Name

This family-friendly club offers family memberships for just $35 per year, as well as individual memberships for $20 per year. And despite the name, it’s not only about skiing. Club members also enjoy a variety of other outdoor activities, including hiking, biking, kayaking, and canoeing. These activities are coordinated informally via emails to members from the club’s correspondence secretary, Sherry Itnyre, and also through the club’s website.

In fact, some members were originally drawn to the club specifically for its outdoor activities other than skiing. “I didn’t even know how to ski when I first joined,” says Gwen Hard, the club’s current president. But club members point out that most skiing destinations offer lessons for beginners. That, along with the generosity and patience of the more experienced skiers in the club who offer assistance, helped Gwen pick up the sport quickly, she says.

Every season, the club organizes and promotes ski trips abroad. In January 2017, some members will be taking off for a week of skiing in Kitzbuhel, Austria, with optional trip extensions to either Budapest or Malta. Then in March, a trip to Ogden Valley, Utah, is in the works. A weekend ski trip to Elk Mountain Ski Resort in northern Pennsylvania is also planned for late February.

At the club’s first meeting of the season in September, members reminisced about past skiing trips, both in this country and abroad. Gwen recalled skiing the Dolomite Mountains in the Italian Alps in northern Italy. “It was a 27-mile run, and we skied from village to village,” she shared. “It was great!”

Trips in previous years have also included France and Switzerland. In addition to cutting through fresh powder, club members enthusiastically shared memories of restaurants, hotels, shopping, and sight-seeing they’ve enjoyed on past trips, and seemed to genuinely appreciate one another. The trip extensions are always fun as well, club members say. On ski trips in the western United States, for example, members have explored Bryce Canyon and gone snowmobiling in Yellowstone National Park as side trips.

In the fall, the club hosts its annual ski swap in downtown Hagerstown, near Bikle’s. It’s an all-day event at which skiers can purchase new or gently used ski and snowboarding equipment, clothing, boots, and other gear for the sport. Popular among skiing and snowboarding enthusiasts, it’s reportedly the oldest ski swap in the tri-state area. 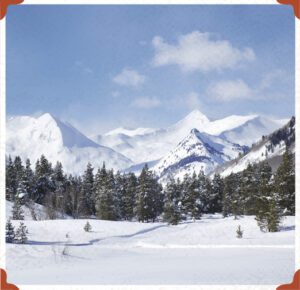 Club members are active with other organizations and charitable causes in the area, and have been for years, according to Gwen. The club has supported Girls, Inc., San Mar Children’s Home in Boonsboro, and the National Ski Patrol, among other groups.

And every year, members of the club are among the 150 volunteers at the Winter Games of Special Olympics Maryland, which are held in late February at Whitetail. “They always talk about how rewarding an experience that is” Gwen says. Betsy Klein, one of the club members who volunteers at this event, said she finds the weekend “particularly rewarding and humbling.”

“The competition is professionally run by Special Olympics of Maryland, and includes athletes from every county in the state,” Betsy explains. The athletes are primarily high school age and young adults who compete in three events: alpine skiing, snowshoe, and snowshoe relay. According to Betsy, the event’s opening ceremony features a ski patrol torch parade down the slope, with the lighting of the caldron.

For the alpine skiing competition, volunteers escort a small group of athletes up to the start of the race course, then ski back down so they’re in place to watch and cheer them on as the athletes ski down the course individually. And at the conclusion of each division’s competitions, an awards ceremony is held. “The awards ceremonies are quite official,” Betsy says, “with awarding of Bronze, Silver, and Gold medals. They also provide great photo ops for families and friends.”

Originally, Special Olympics Maryland held their Winter Games at Wisp Resort near Deep Creek Lake in Western Maryland, but the games moved to Whitetail about five years ago. “Whitetail has done such a great job of hosting and staffing the games and supporting the athletes and their families,” Betsy says.

Grab Your Sticks & Carve The Hills

If you’re interested in learning more about Hagerstown’s Little Heiskell Ski Club, visit their website at www.littleheiskellskiclub.com. Membership meetings are held the third Thursday of each month and are relaxed and informal. The club’s website also features details of upcoming ski trips, and stunning photos of past trips.

At least part of the fun of taking up a new sport or hobby, is learning and adopting a slew of slang into your personal lexicon. Here are a few of the more amusing ones to get you started before the season’s first big dump.

Alpine: This normally describes the standard lift-served, downhill skiing.
Blowing Out The Mice: This is when ski areas first test their snowmaking system in the fall.
Fartbag: This is one of the various (and more print-friendly) names for a one-piece ski suit.
Noob: This is a pejorative term for someone just getting into skiing. However, “newbie” is used with affection.
Ripper: These are the folks who can slash through the snow extremely fast and well.
Rock Season: Here in the Eastern U.S, it is the tail end of the ski season, around April or May, when the melting snow involves skiing over some hazards. However, out west, it defines the very early season, when cover isn’t quite sufficient to keep skis from hitting rocks.
Scrambled Eggs: This is when the slopes are covered with sloppy, un-groomed snow. Can also be called “mashed potatoes.”
Slow Dog Noodle: This is an old-school method of skiing moguls. It’s marked by a skier crouched very much in the “backseat” and who is going painfully slow.
Starfish: A particularly lengthy wipeout consisting of cartwheeling down the hill. Can also be referred to as a “screaming starfish.”
Sticks: It’s what the cool kids call their skis. Little kids also call their ski poles sticks.
Yard Sale: This denotes those wipeouts that lead to hats, skis, poles, goggles, cell phones, and car keys strewn across the ski slope.