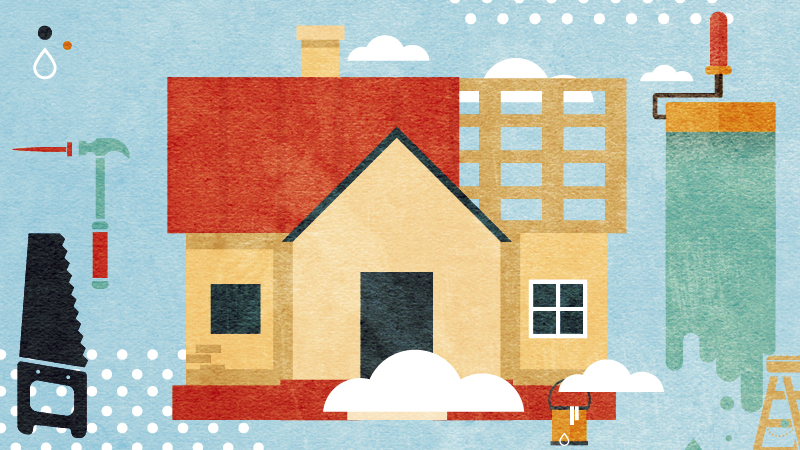 Toward the end of summer, Habitat for Humanity of Washington County’s Executive Director Dr. Joyce A. Heptner was visiting the worksite for the future home of Ashley Gillespie on Jefferson Street. Volunteer work crews were already busy completing their designated tasks. Ashley was also there with her 4-year-old son, and 6-year-old nephew that she had recently gained full sole custody of.

The two began talking about if the kids were excited about school, the move to the new house, and if they had picked out their bedrooms yet. “Their faces were beaming and, of course, they had to tell me which room was going to be whose,” Joyce recalls. “(Ashley) just got tears in her eyes and said, ‘This is my dream come true.’ There just aren’t words to explain what it is like to be able to do that for an individual.”

Established in 1994, HFHWC aims to provide low-income residents the opportunity to buy a newly constructed home or renovated existing property through a no-interest loan. “Habitat for Humanity is able to do the work that it does because of the volunteers in the community,” Joyce says. “What we do is we lead and provide the opportunity for the community to come together to help other individuals in the community. To lift them up. To provide an opening so that they can step through that door that would have never been available to them had Habitat for Humanity not provided that opportunity with a no-interest loan.” 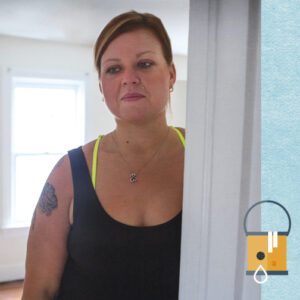 “I always want to remain a part of Habitat because I feel that everybody should … I still try to give to the community regardless that my hours are done.”

Ashley’s house is one of six being built or remodelled by HFHWC this year. On average, the organization has two in various stages of construction or remodel. “This year is very unusual,” Joyce says. “It’s been a great year. We’ve been very fortunate. We received some government funding that allowed us to purchase some homes that we could renovate. …It’s very exciting to know that someone who has been striving all of their life and that is usually what (we) find with our home purchasers. They have held this ‘American Dream’ of having their own home for years, but financial circumstances have just not allowed them to be at a point where they could afford the down payment or the closing costs. So Habitat helps with all of those. We also hold the mortgage, so we work with our individuals who purchase homes from us from the day that they call or walk in the door, up through and beyond them making their last mortgage payment.”

Individuals contact Habitat if they are interested in owning a home and do an interview with a Habitat staff member. Finances are looked, over along with a credit check to see if they fall within the nonprofit’s income parameters. If they pass, they move on to be assigned a Family Services Committee partner who walks them through the process.

This Is Not A Lottery

Joyce says people have a tendency to think that they give away homes. “That is such an erroneous assumption,” she says. “The individuals who are living in Habitat homes are paying a mortgage. They are purchasing that home.” One of the requirements prospective homeowners must fulfill is a minimum of 200 sweat equity hours where individuals help to build or remodel their home or homes Habitat is working on, or work in the ReStore — a new and gently used home items shop.

Ashley heard about Habitat, and as a single mother to two young boys she “decided to give it a shot to see if there was something I would be able to qualify for.” Upon hearing she would be able to purchase a home, she was shocked but very grateful. 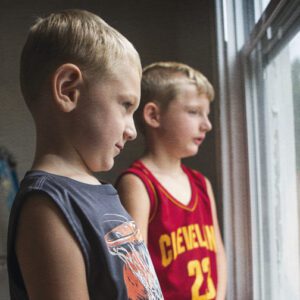 Qualifying in spring 2015, Ashley decided to do her sweat equity hours by helping other homes be built and remodelled. Most of her hours were on construction crews — laying floors, painting, and putting up walls. And she did some hours in the ReStore as well. “I helped to build someone else’s house because I know someone else is going to be there to help with mine as well,” says Ashely, who works at a local law firm.

“I actually enjoy it. It’s fun to be on site. You get to learn different things, and that is going to come in handy when I become a homeowner. I can do it on my own.” The most rewarding part, Ashley says, is “being able to give back to the community. Not only with my house, but seeing all these other families move into their homes with their children, and know that I have been a part of building their home as well.”

Completing her sweat equity hours in just a few months, Ashley still makes a point of volunteering for Habitat. “I always want to remain a part of Habitat because I feel that everybody should,” she says. “…I still try to give to the community regardless that my hours are done.” Her three-bedroom, one-bath home is estimated to be done around early November. After renting for years, this will be the first home she has ever owned. 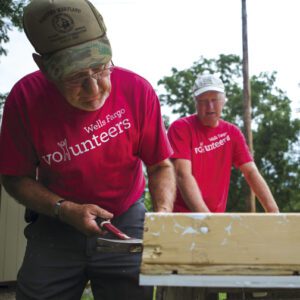 “It was great. It was something that we didn’t think was in the near future. Because of them, we were able to make our dream come true.”

Mondale and Viola Allen moved into their Bryan Place home in mid-summer. The couple, who have five children — two grown, and three ranging in age from 11–19 living at the house  — had a five-year plan to buy a home while living in public housing, but it fell through after both had medical issues. By working two jobs, Viola made too much for medical assistance, but each was a part-time position so she couldn’t get insurance. With a large hospital bill, she had to file for bankruptcy. “We thought that we would never be able to buy a house because of that,” Viola says. “We thought it was so unfair. I’m working, but I got sick. We thought it wasn’t going to be possible at all.” After hearing about Habitat through her work, the couple decided to apply and were approved to buy a home. “They made it possible for us to still own our home,” Viola says. “It was great. It was something that we didn’t think was in the near future. Because of them, we were able to make our dream come true. …We’ve been through so much as a family so it’s still like I am pinching myself. It’s something we can afford. It’s a house that we love. It’s a neighborhood that we love and that is good for my kids. I am still pinching myself. We are just so excited. It’s a house my kids can call their own.”

Viola is now disabled, but she did her sweat equity hours by going to different worksites and signing people in and out. Mondale, who works for a manufacturing company, helped to complete projects on other homes and did the insulation, dry wall, and painting in their four-bedroom home. When describing her three-floor home, Viola talks about the moments that have brought her such happiness. What brings it all home are the simple things, like seeing her kids put up a basketball hoop outside and regularly playing games with friends, and their poodle enjoying the nice backyard. “I just can’t wait until next summer when I can put in a garden and plant some plants,” she says.