Another Breath To Breathe 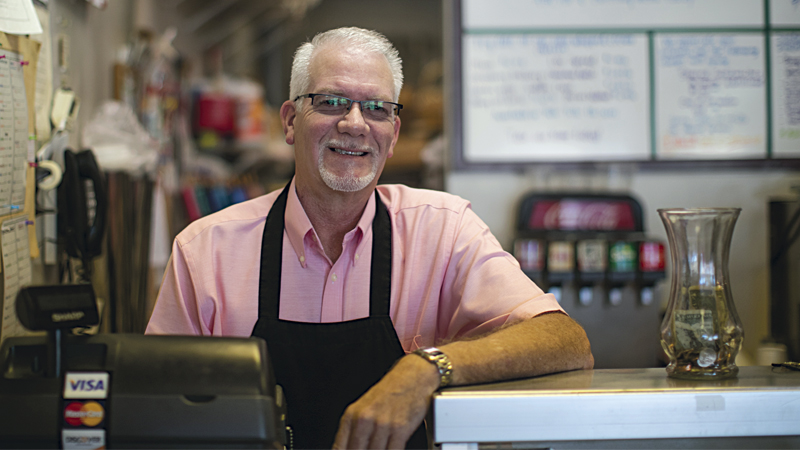 Michael Little’s string of near-fatal health issues prompted a re-evaluation of work and diet, and the chance to help others.

You could say that Michael Little, 55, was the Murphy’s Law of health problems — if something bad were going to occur to someone’s health, it would happen to him.

A few years ago, Michael was a walking time bomb health-wise. As the owner of three businesses in Hagerstown: Bagel-Lisious, Premier Catering, and Michael’s Landing at the Hagerstown Regional Airport: he figures he was working over 100 hours each week. In a telephone interview he says, “I was a ‘helicopter’ manager. I had to be hands-on with everything.”

AVM is a mass of abnormal, jumbled blood vessels that cause many irregularities in connections between arteries and veins. The critical job these arteries do is carry blood to the brain. The one good thing is that the condition didn’t require Michael to undergo surgery — it was a small rupture that clotted immediately and left him with a bad headache. While being monitored at Johns Hopkins, carotid artery studies showed that his was a rare case as he had not only a cerebral AVM but a spinal AVM also.

Fast forward a bit to a busy day in October 2003 when Michael thought he had the stomach flu but powered through  due to his hectic work schedule. When he couldn’t stand the pain anymore, he took himself to Chambersburg Hospital where he underwent surgery for a ruptured appendix.  With sepsis running through his body, his fever escalated to 107.3. After seven weeks of intravenous medicines — along with physical and occupational therapy — he was released from the hospital. Another potential deadly bullet dodged.

Compounding the stress of running three businesses, Michael had his aged parents to care for. “I was also the full-time caregiver to my parents who lived in Harrisburg, Pa.  My father was in and out of the hospital with various illnesses, my mother had a stroke which left her blind, and she also suffered from Alzheimer’s disease,” Michael explains.

Every night, after working all day, he would make the 90-minute drive to Harrisburg to tend to his parents. Anyone who has cared for elderly relatives understands that around-the-clock home health aides and nurses are expensive. It can cost upwards of $18,000 a month with insurance covering only a portion of the expenses, if any.

When his father passed away in 2009, Michael made the difficult decision to place his mother in a nursing home in Harrisburg. Three nursing homes later, he finally got her into one in Chambersburg where, he says, she was comfortable and well cared for until her death last year.

On Dec. 13, 2010, ignoring the pain indicating a possible heart attack, he continued to work. He thought to himself, “I can’t have a heart attack now, I have to cook for my employee holiday party, and I’m catering for customers’ parties, hundreds of people in all.” He persevered for a portion of the day, before finally collapsing and warranting another trip to Chambersburg Hospital.

When he was in the throes of his heart attack, Michael says, “For 20 or 30 seconds I could hear the noise of the Cath Lab machines and people’s voices.” One voice that stood out to him was Dr. Arshad Safi, a cardiologist for Summit Interventional Cardiology, who was screaming and pleading with him. “Open your eyes Michael, stay with me,” Dr. Safi pleaded. Lab tests showed that three of Michael’s major vessels and five of his arteries were blocked. Dr. Safi inserted a temporary pacemaker and three aortic stents.

When asked what he thought was the biggest factor in his heart attack, Michael responds knowingly, “My terrible eating habits. I would have some kind of fast food every day. As a caterer who is always around food, I ate at least 60 pieces of cheese a day. And on top of that, I nibbled on 20 pieces of bacon.” To compound the issues stemming from a diet of foods high in saturated fat, Michael was also a two-pack-a-day cigarette smoker, he says. 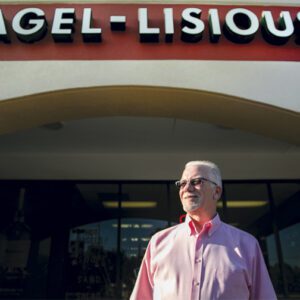 Stress seizures landed him back at Johns Hopkins where his doctor wrote on his chart “overworked, over stressed, and needs time off.” After his near-death experience with his heart attack he finally heeded that advice. Michael gave up cigarettes, cut his work week down to a seemingly more managable 80 hours, and stopped eating fast food.

His education on what to eat and what not to eat came from a nutritionist at Johns Hopkins who explained that his body — due to all his traumatic health events — became hypersensitive to gluten. Michael did not take these new diet parameters lightly, and cut out carbs and soda in addition to fast food, and has since lost 60 pounds. Nowadays, he doesn’t eat until he’s overly full. In fact, most of the time he says he pushes food away at the end of a meal.

Once his cardiac problems settled down, Dr. Safi asked him to join the Cardiovascular Inflammation Reduction Trial (CIRT) and be placed on Methotrexate — a drug primarily given to breast cancer patients. This study, under the sponsorship of the Brigham & Women’s Hospital in Boston and the National Heart, Lung and Blood Institute, would show if Methotrexate could decrease inflammation contributing to heart disease. After all of the medical assistance he had received from various specialists and doctors, Michael was ecstatic at the prospect of helping others.

The five-year program being conducted at Chambersburg Hospital has 16 patients on Methotrexate, with Dr. Safi monitoring each of them. “The biggest awakening in my life was when I realized that I was close to death during my heart attack. One thing that became clear to me is my belief that I was put through all these health problems in my life for a reason — my mission on earth is not done and I respect that. There’s always someone else out there that is worse off than you. I have been granted so many great opportunities. I have to pay it forward,” Michale shares, and went on to add, “My cardiologist, Dr. Safi, is my angel”.