Unlocking a New History of the C&O Canal 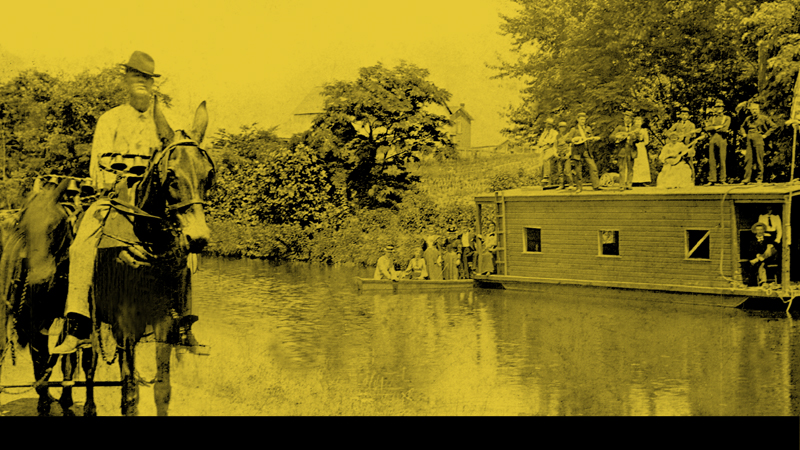 A bevy of fresh information is being discovered and pored over that disputes some long-held understandings of how the C&O canal operated.

The old saying goes, “You can’t fit a square peg in a round hole.” Yet for more than 90 years, historians have said that somehow 92-foot-long canal boats on the Chesapeake and Ohio Canal fit into locks that could hold boats no larger than 90 feet and probably less.

It’s just one of the many questions modern researchers are finding that need to be answered about the C&O Canal. Some have easy answers that go against the accepted history of the canal. Others, like the question of canal-boat length, are still being researched.

Both have historians and National Park Service staff rethinking how the C&O Canal operated. The Chesapeake and Ohio Canal ended business operations in September of 1938 when it was sold to the federal government — though navigation ceased in 1924. Since then, books have been written about the canal, historians have researched the lives of canallers and lock tenders, and the National Park Service has documented the life of the canal. You would think that in that time, all that could be known about the canal had been discovered. It turns out that’s not the case.

“New information is available and things are happening remarkably quickly,” says Karen Gray, the C&O Canal National Historical Park librarian. The work being done is the transcription of canal records, historic newspaper articles, and other canal documents, primarily by William Bauman, a member of the C&O Canal Association.

Karen vets a lot of the information. Some pieces are posted on the C&O Canal NPS site, but she puts most of the information on the C&O Canal Association website in the “Canal History” section. The section includes oral histories, newspaper reports from long-forgotten newspapers along the canal, books, reports, payroll records, canal boat registration documents, and family histories. “William Bauman has done a lot of terrific work collecting and transcribing records and articles to give everyone a flavor of how the canal operated,” says Bill Holdsworth, who is both the president and webmaster for the C&O Canal Association.

The C&O Canal Association is a volunteer organization that promotes and advocates for the canal. “There’s so much available, but it needs to be data mined,” Karen says. A careful reading of this new information has turned some long-held beliefs about the canal on their heads. For instance, it has been written that canal boats in the 1800s were privately owned and often operated by a family. While they often were privately owned, “It was written into the boat mortgages that the boat needed to operate 24 hours a day,” Karen says. “A family is not going to be able to do that.”

Bill says this is the most surprising thing he has learned from the new information. “Canal work was not this leisurely, bucolic life of strolling along the towpath,” he says. “Those people were working hard and moving fast along the towpath.”

—Bill Holdsworth, President and Webmaster for the C&O Canal Association

Records show canallers were making the trip along the entire canal in roughly four days. Karen explained that the idea of family-run boats comes primarily from a 1923 U.S. Department of Labor study that was conducted at a time when families ran 60 percent of the canal boats.

In addition to boats not being family run, there is evidence that a single captain might have been in charge of up to four boats. What is not certain at this time is whether those boats moved together, or one towed another boat, or some other variation; but the records don’t support the one-boat, one-captain idea. “It’s really clear that we need to rethink our original beliefs of how the canal operated,” Karen says.

In her own study, Karen divides the canal into the three periods. The first period is the time up until the canal opened to Cumberland. During this point, the canal was being built, but it had partial operation to different types of boats. From 1850 to the turn of the century, the canal operated independently for the most part, and also entered its golden age. From the turn of the century until the canal closed, it operated primarily under the Canal Towage Company at a reduced capacity.

“It’s not unusual for history to change. Some history stays consistent. Some is dynamic as more is uncovered. It’s fascinating to unlock the mysteries.”

The research has even turned up a couple mysteries that have yet to be solved. Before the canal was fully completed to Cumberland in 1850, flatbed riverboats used to travel the Potomac River and enter the partially open canal at the dam near Williamsport. From there, they could continue their journey to Georgetown. The question is, how did they continue their journey? The current carried riverboats, with the crew using poles to guide the boat. Poles could not be used on the canal, though, or the clay lining would have been damaged. So how were the boats moved through the canal? “Most likely, someone rented mules at Williamsport, but we don’t know for sure,” Karen says.

Perhaps the biggest mystery is how canal boats that were supposed to be 92 feet long fit into some locks that could hold boats no longer than 85 to 90 feet. The 92-foot boat length comes from a single boat that was used to make drawings from. At the time the drawings were made, the boat had been out of the water for years so it is probable that frame may have loosened somewhat, adding length and width to the dimensions. This is only a guess at this time, though.

“All of this information is a great resource that we’ve been able to make available to the world so that future researchers and future students can dig down and do deep analysis,” Bill says.

Bill adds that since much of the current belief about the canal comes from oral histories of canallers and information from the canal’s last days, this new information is changing people’s impressions of the canal. Catherine Bragaw, chief of interpretation for the C&O Canal, says rangers are always looking for stories that people can relate to; and that as more research becomes available, it may change the stories. “It’s not unusual for history to change,” Catherine says. “Some history stays consistent. Some is dynamic as more is uncovered.”

Catherine also mentions that interpretation is an art, because different people can focus on different aspects of the subject. That, in turn, affects the stories and information they incorporate into their presen-tations. “It’s fascinating to unlock the mysteries,” she says. That’s just what this new research continues to do. It is unlocking the mysteries of the early days of the canal and discovering new ones that need to be solved.