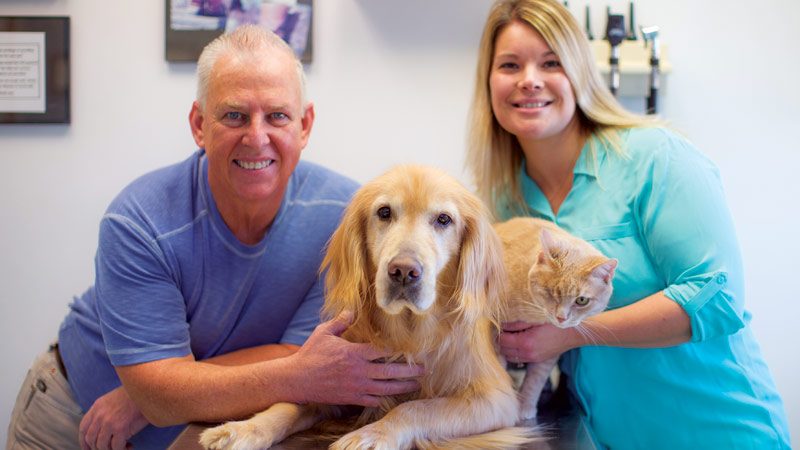 Two local veterinarians embark on a misson to help animals and their owners in the Dominican Republic.

Stray dogs and cats in the U.S. pose a problem of gigantic proportions, with estimates that over $2.5 billion is spent annually on spaying and neutering to try to control the numbers. But even with that level of funding — not to mention the countless hours of assistance from volunteers — the problem remains serious.

So imagine the scope of the problem in a developing country like the Dominican Republic, the small Caribbean nation that shares the island of Hispaniola with Haiti. There, countless stray animals roam the streets and the beaches, living a truly precarious existence. Residents feared the diseases the animals carry — including rabies — might spread to their children or themselves, and acted accordingly toward the strays. Beach vendors blamed the dogs, especially, for scaring away potential business and would chase them away with bats or machetes at best, or poison them at worst. But resources are scarce when it comes to helping the situation.

That’s where Drs. Daniel Franklin and Grace Sollenberger of Mid-Atlantic Veterinary Hospital of Hagerstown have stepped in with a unique kind of mission. Working with the Dominican Republic’s Pets Breeding Control Foundation (PBC) — Dr. Franklin is the official U.S. representative of the organization — the veterinarians spend up to a week at a time in the Dominican Republic, spaying and neutering dogs and cats, and administering vaccinations and dewormers. Their efforts aren’t just restricted to homeless animals, but include those who have a “pet parent” too poor to take optimum care of their often-beloved animal family members. There are also a fair number of injured animals to care for. 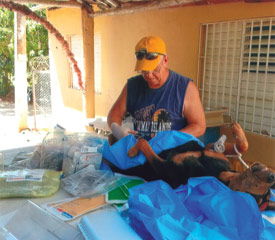 They don’t just offer physical care though. The educational component Drs. Franklin and Sollenberger provide in teaching people how to best care for their pets is vital for the animals’ wellbeing. A special effort directed at teaching children about animals is aimed at preventing abuse.

It’s clear the program is working. Those same beach vendors, who previously abused dogs, now recognize the value of having healthy, sterilized dogs on their beach as an attraction, and some even feed them these days.

The vets’ work is performed in conditions that might be called, well, to put it mildly, basic. Working outside, without the accouterments of their well-equipped office on Professional Court in Hagerstown, the work is challenging. The hands-on work with animals ends when there’s no more sunlight, but then the administrative side begins. An average of 350 animals are treated on these trips.

Along with Drs. Franklin and Sollenberger, local vets who work with the PBC and Dominican veterinary students volunteer on these days for what the PBC calls jornadas de Castracion (days devoted to spaying and neutering). Founded in 2011 by Dr. Lourdes Ripley, a Dominican vet and passionate advocate for the animals, the PBC relies on donations to do its work. Drs. Franklin and Sollenberger bring with them cases of supplies donated by local animal lovers, along with plenty paid for out of their own pockets.

Founded in 2011 by Dr. Lourdes Ripley, a Dominican vet and passionate advocate for the animals, the PBC relies on donations to do its work.

It’s Dr. Franklin’s religious faith that led the successful local vet to begin journeying to help out animals in another country, putting his faith into action. It began over 10 years ago with church building mission trips with Hope Mission to Haiti. While he knew that work was important, Dr. Franklin says it felt incomplete in some way.

“It just wasn’t satisfying enough for me,” he says, and he looked for other ways to help in the region. The result was “Family Flock,” also sponsored by Mid-Atlantic Veterinary Hospital. Partnering with Dominican Republic-based Threesixteen Missions, this program provides impoverished families with 10 chickens, a chicken coop, feed, and instructions for care. After a one-year trial period, if the chickens have been successfully cared for, the family is given complete ownership of both chickens and coop. 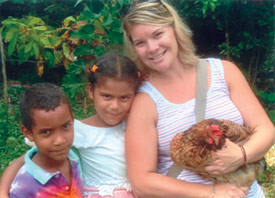 It was during his 10 or so trips to the Dominican Republic for Family Flock that Dr. Franklin became aware of the needs of the street populations of dogs and cats and became a part of the Pet Breeds Control Foundation.

So what does Dr. Sollenberger, a busy wife and mother of two, in addition to being a busy veterinarian in Hagerstown, get out of traveling to another country to help animals there? “It just feels good,” she says, “to know you’re actually helping somewhere, that you’re making a bad situation better.”

Ask Dr. Franklin what helping impoverished people and animals in another country does for him, and his answer may seem surprising. “I feel gratitude,” he says with a smile, “to come to know these people and this part of the world. I’ve noticed one interesting thing on my visits there: those people are happy. They are poor but they are happy — in many ways happier than we are in our world.”

Giving To Those Who Give Back

For more information on Mid-Atlantic Veterinary Hospital and the Pets Breeding Control Foundation, visit www.midatlanticvets.com/pets-breeding-control-foundation. And for more information on Family Flock, visit www.family-flock.com. If you would like to donate to either of these programs, please contact Mid-Atlantic Veterinary Hospital at 301.797.1800.