Living it Up While Living Downtown 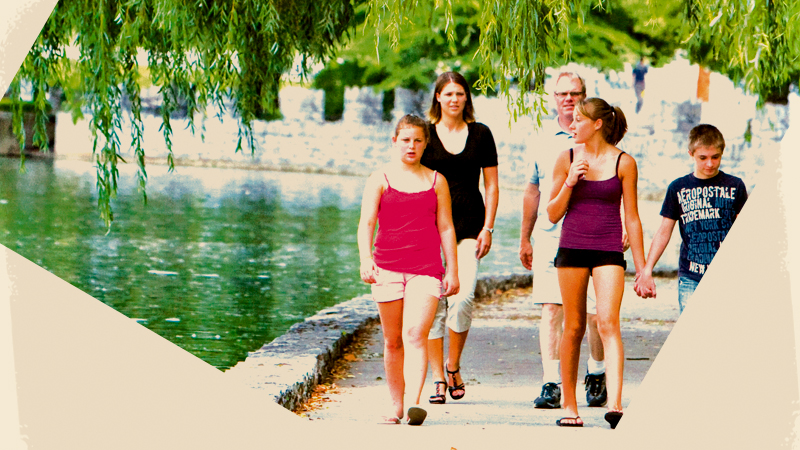 In recent years, many efforts have been made to support the revitalization of downtown Hagerstown and make it a better place to live, work, play, and visit. If real estate trends are any sign of progress, then some of those efforts seem to be paying off. “Downtown property owner occupancy has definitely picked up in the last few years,” says Andy Lapkoff, a broker, agent, and co-owner of the RE/MAX Achievers offices in Hagerstown and Frederick.

The downtown area saw a huge drop in homeownership after the real estate market crashed in 2007, according to Mike Fitzgerald, a real estate developer who’s been buying, renovating, and selling properties in downtown Hagerstown since 2004. “A lot of homeowners lost their homes to foreclosures and things like that, so downtown was mainly a rental market for a period of years,” he says. “But now we’re seeing more of the homeowner trend again. It’s a very good sign for Hagerstown.”

According to Andy, the majority of the people buying homes downtown are first-time homebuyers, mainly young professionals, many of whom are coming from Frederick and Montgomery counties.

Much of the appeal of living downtown has to do with the cost of living. “You can get a lot for your money in downtown Hagerstown,” Andy says. The City of Hagerstown is helping to encourage downtown residency by offering numerous financial incentives for those who want to buy (or rent) properties downtown. The City also offers several rehabilitation loans and grants for downtown homeowners whose properties are in need of repairs or renovations.

There’s something to be said for the aesthetic qualities of the downtown cityscape, too, with its unique old buildings, many dating back to the 1800s, and a couple back to the 1700s. “There’s a lot of charm in the downtown area, a lot of craftsmanship you find here that you’re not gonna find in newer homes,” Andy says.

Downtown Hagerstown’s arts and entertainment district also is a big perk for residents. “You have a bunch of nice restaurants like the Schmankerl Stube, Bulls and Bears, 28 South, and now Pretzel and Pizza Creations downtown; you have the University System of Maryland, the brand-new library, and events like Wind Down Fridays. I mean downtown is the place to be,” Mike says. “It hasn’t been for a long time, but I think that downtown Hagerstown has its best days ahead.”

So who are some of the people who’ve purchased properties downtown in recent years? Let’s meet a couple of them. 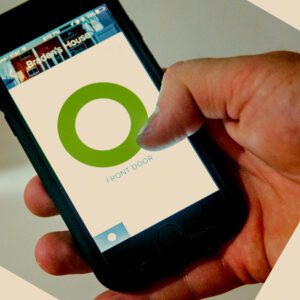 For Brady Myers, buying his three-story home on South Prospect Street in May 2013 was the logical next step after living downtown for seven or so years. In fact, his old apartment was only three houses down from his new digs. “I got to the point where I was ready to buy something,” the 27-year-old says. “I ended up finding this place that for the area was very well priced, and on top of that has a rental unit attached, so I knew I could make some income off of it.” The brick house, which was built in 1965 and is part of the city’s Historic Heights district, used to be separated into three units, but was extensively renovated and merged into two before Brady purchased it.

Brady now lives in the bottom two floors of the home, while he rents out the three-bedroom apartment on the third floor. His portion of the home covers roughly 2,100 square feet and includes four bedrooms, two bathrooms, two living rooms, and all kinds of high-tech features. “I’m a tech person, so I’ve automated pretty much everything you can automate in the house,” he says. “I have everything set up so when I pull into my driveway my garage door opens, my door unlocks, my lights turn on to my settings, and my AC turns down to the temperature I like.”

Brady, who works as a systems engineer for Volvo, controls all of the aforementioned settings via devices like his iPhone and iPads. He also has smart smoke detectors and security cameras set up around his home that stream live video to his phone or other connected device.

For Brady, part of the appeal of living downtown is his home’s proximity to City Park, where he walks just about every day in the summer, and the sheer convenience of city living. “I will say it is nice having street sweeping and the in-city trash care and recycling,” he says. “Those things don’t seem like a big deal, but it is just convenient honestly.”

The sense of community he feels living in the Historic Heights district is another benefit. “All the homeowners on the street have shared email communication.

We have dinners. There are watch groups, all kinds of things,” he says. The neighborhood also each year hosts Porchfest, a free community event where homeowners along the street invite local musicians to jam on their porches.

“It’s a very friendly community,” Brady says. “Pretty much everyone on the street, even the people I don’t really know, are very nice and always happy to stop and say hi.”

Older Home with a Modern Edge on Guilford Avenue 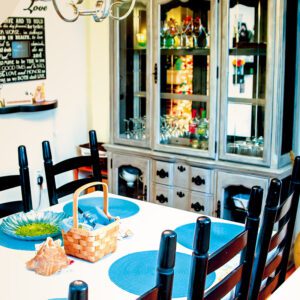 When Karissa and Joseph Nunemaker decided to buy their first home a couple years ago, they considered houses in Greencastle, Pa., where they’re both from, and in downtown Waynesboro, but the couple ultimately ended up falling in love with a house on Guilford Avenue in downtown Hagerstown. “It was the first house we saw that we both agreed that we loved,” 22-year-old Karissa says. The couple purchased the home in January 2014.

Built in 1939 and renovated prior to their purchasing it, the Nunemakers’ slightly more than 1,000-square-foot brick home features three bedrooms and one and a half bathrooms. “It’s an older home, but it’s clean and has a modern edge that fits our style,” Karissa says, adding that you can still see older features in some parts of the house. “One of my favorite things is the ironing board in the kitchen that folds out — you just don’t see those anymore,” she says.

Karissa and Joseph, who is 23, previously lived “out in the cornfields,” she says, but wanted to experience downtown living for a while. “It’s been quite an experience for us, especially with the neighbors,” she says. “We definitely have more neighbors now, but the street we’re on is fantastic. It’s a nice little quiet street.”

The home’s location is a big perk for Karissa, who works as a graphic designer at Anderson Photographs and enjoys being able to walk to work some days. “We’re also really close to City Park, so we take our dogs to walk there all the time, and that’s really convenient,” she says. “We’re close to Krumpe’s as well — in the summertime you can smell the donuts.”

While Karissa notes that some folks in the community have recently expressed concerns about safety downtown, her experience has been largely positive. “As a resident of downtown I definitely believe in the community, and I feel safe living and working here,” she says. “I think sometimes people are too quick to judge people who live downtown. In the end we are one community, and I think we need to think of ourselves that way.”