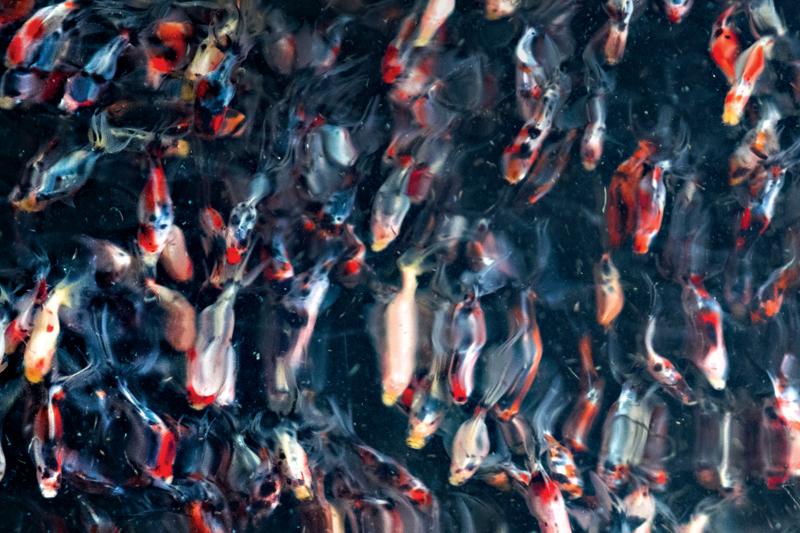 A longtime friendship and a need for space led Mid-Atlantic Veterinary Hospital to double in size.

From an examining room at the far end of the corridor, high-pitched yips were audible from the reception area inside Mid-Atlantic Veterinary Hospital (MAVH) last month. Meanwhile, the yapping of a small-breed dog and the background buzz of a whiny power saw have been the norm as contractor Dan Lafferty calmly rushes to complete the expansion and facelift of the 21-year-old dog-and-cat pet care practice while his colleague, Dr. Grace Sollenberger, DVM, performs routine spay surgery.

The process of more than doubling the footprint of MAVH has been a long time coming, Dr. Sollenberger says. Designed by architect Norm Morin of BFM, the modest 4,000-square-foot, hipped roof brick building has been lofted into a 9,000-square-foot, stacked stone and creamy stucco structure with a 22-foot entry tower visible from the intersection of Eastern Boulevard and Professional Court.

And as the new animal hospital began its transformation, so did Dan Lafferty’s business, DL Home Enhancements, LLC — a two-man team specializing in small residential projects, like garage additions, decks, outdoor grill foundations, and bathroom renovations — begin to morph into a commercial construction company that will compete in the marketplace with others for grand-scale commercial and government sector contracts. “This is the largest scope of work we’ve ever taken on,” Dan says matter-of-factly.

It was a boyhood ambition and the resulting mentorship of Daniel A. Franklin, DVM, founder of MAVH that led him to the commission. “I worked for Dr. Franklin when I was in high school. I’ve always been a go-getter. Very few places will hire you when you’re 13 years old. …I worked every day after school. I worked weekends. Dr. Franklin is like a second father to me. …I started college to be a veterinarian but … I really needed to see something productive out of my hands,” Dan shares.

From a family of licensed plumbers, Dan followed the trade. Decades later when Dr. Franklin wanted to double the size of his enterprise he called his protégé. “He asked me if I was interested in a challenge this large, and I said, ‘Absolutely,’” Dan says.

The Cost Of Doing Business

Between financial institution bonding, letters of credit, and licensing, in addition to his building and home improvement licenses required by the City of Hagerstown, and soil erosion and sediment control certifications issued by the State of Maryland, Dan waded through a rising tide of paperwork before breaking ground in October 2016. “If I hadn’t had the opportunity with Dr. Franklin to build this, I don’t know how a small business would ever get underway,” he says.

Ordinarily, a project the magnitude of the MAVH expansion would engage 10–15 employees, but Dan and longtime employee Terry Higgins have mastered the tasks themselves — and the checklist of tasks has been a lengthy one. It started with demolition and framing. Then there was the trussing and roofing, and the installation of plumbing and electrical systems. The resurfacing of a state-mandated permeable parking lot followed cosmetic exterior refinements, and the excavation of two bio-retention areas. And then, of course, the duo needed to install the new veterinary care treatment facilities — like the aqua treadmill tanks and pumps. “Every square inch of this place has been touched,” Dan says.

To accomplish the job, somehow Dan managed to not subcontract out any of the jobs, including the site work. “When we ran into compaction and excavation, it required equipment. If I could find pre-owned that would equal what I would have had in rental fees, I purchased it,” he says. “We’ve definitely outfitted ourselves to continue in this line, with upgraded equipment we added to the fleet.”

Also growing staff and services while expanding hospital infrastructure, MAVH hired two new veterinarians and four additional veterinary technicians to assist them, Dr. Sollenberger says. Having joined the team in 1996 — the year Dr. Franklin opened his private practice — she, like Dan, worked in the kennels as a teenager. In fact, Dan got her the gig.

“Grace and I were real good friends at Smithsburg Middle School and Smithsburg High School,” he says. “I opened the door for Grace to come into Mid-Atlantic and then she went to medical school and became a veterinary doctor. We’re all intertwined.”

As Dan talks, the door opens and a burly white tabby cat by the name of One-Eyed Jack saunters through the space — he’s one of two felines that reside at MAVH. Jack casually strolls past Dan’s work boots, paws open a pocket door, closes the door behind him, and disappears. Soon the crunching of feline teeth on a bowl of dry food echoes throughout the examining/interview room.

Among the bigger challenge Dan sites is the lack of a staging area for dirt piling, equipment parking, and material stockpiling. Also challenging was ensuring the safety of staff, clients, and patients while removing and erecting steel beams during a robust business environment that is open six days a week. As if on cue, clients and patients enter and exit and Dan greets them like the dedicated veteran employee he once was — and will remain to be, because when the new wing opens, the original will undergo its own makeover.

Jack reappears only to sashay from his cat cave to pussyfoot toward the employee break room door, pushing it open, closing it behind him, and disappearing again. Dr. Sollenberger remembers the day Jack arrived at MAVH. “He was a stray cat somebody found and he had been shot in the head,” she says. “Consequently, we had to remove his eye because of those injuries. He was such a cool cat. He needed a place to stay, so we just kept him.”

Like MAVH mascots Jack and his sidekick Thunder, pets are now more a part of the family than ever before Dr. Sollenberger says. “People are recognizing illnesses sooner and bringing their pets to us earlier. Therefore we’re able to offer more diagnostic and quality veterinary care — ultrasound, surgery, rehabilitation — and if it’s a chronic disease, manage it or treat it.” Which is all part of the greater goal and why the need to expand came about. “We’re trying to serve the community with more specialized veterinary care, so we needed more space,” Dr. Sollenberger concludes.